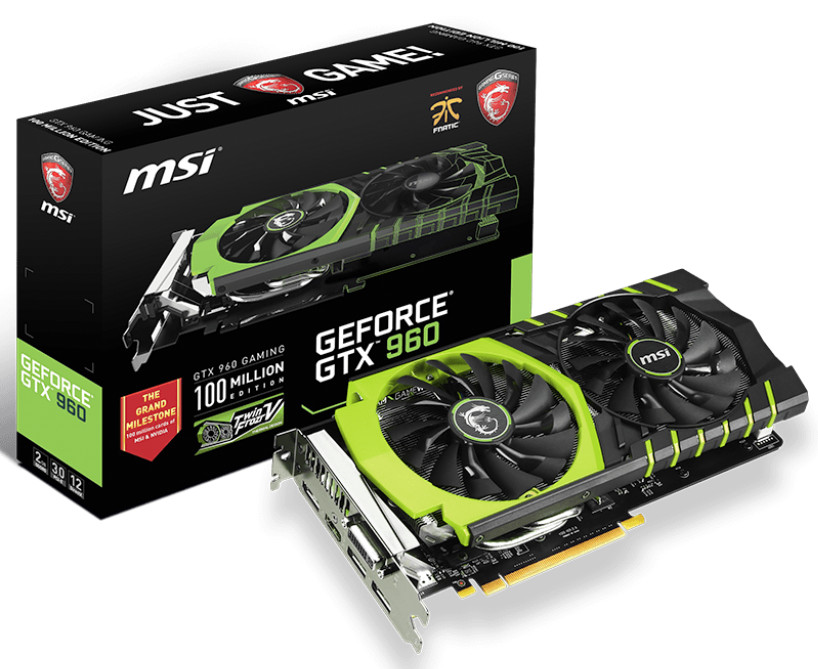 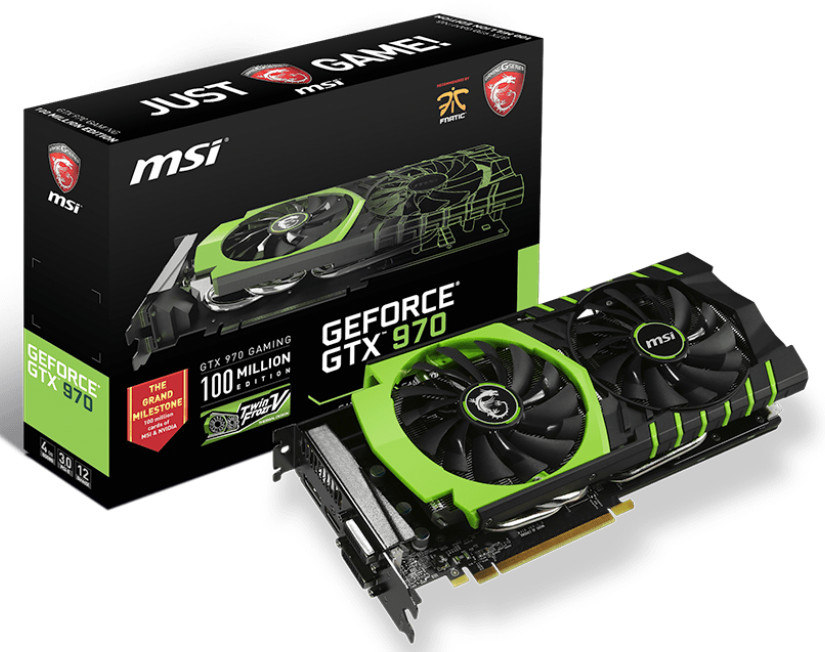 To celebrate the grand milestone of selling over 100 million NVIDIA GPU based graphics cards, MSI has prepared a special limited edition of its recently launched GTX 960 GAMING and much awarded GTX 970 GAMING models with a striking NVIDIA green color scheme. Both cards feature the famous MSI Twin Frozr V cooler with Zero Frozr technology and Torx Fan design with innovative award-winning cooling technology for silent and cool gaming graphics. They will also come with a back plate to improve structural rigidity and most of all complement the exclusive premium appearances. A special gift is included for our dedicated fans as a token of our appreciation. 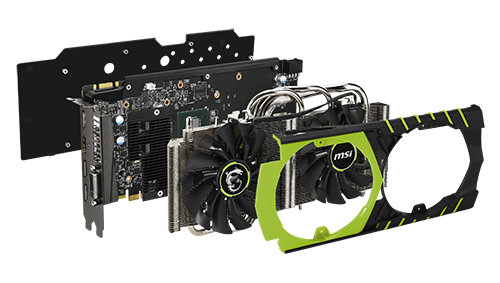 The long-standing partnership between MSI and NVIDIA dates back to the nineties, before the first GeForce cards were available. Over the years, MSI have brought you some of the most innovative, cutting edge and exotic cooling technologies like the “Seaweed-Blade Fan with BatMobile Thermal Shielding” and Cyclone Thermal Design. Ultimately reaching the pinnacle with the award-winning Twin Frozr series in 2008. This milestone is a testament to MSI’s number one position in gaming and devotion to ever improving product performance and quality.

Twin Frozr V Thermal Design
The MSI Twin Frozr V Thermal Design is the pinnacle of graphics card air cooling. With a smaller than 2-slot design the Twin Frozr V is able to surpass previous generations by a large margin. The advanced 10cm Torx fans ensure huge amounts of silent airflow and visually match the bold look of the latest Twin Frozr design. The heatsink itself is re-organized through the SuperSU design which increases heat-pipe efficiency, especially when combined with Airflow Control Technology. Hybrid Frozr is a throwback to 2008 when MSI was the first to market high-end, zero noise graphics cards thanks to fans that stop spinning in low-temperature situations.

MSI GAMING APP
With the addition of the GTX 960 GAMING 2G to the next generation of MSI GAMING graphics cards, MSI is levelling-up the PC gaming experience. The MSI GAMING App allows gamers to quickly switch between OC, Gaming and Silent modes, depending on their needs. Now featuring the EyeRest tab, which offers quick access to specific monitor color profiles for games, movies and a special EyeRest mode which reduces blue light for less strain during nightly gaming sessions. Also featuring the LED control tab, allowing gamers to choose from 5 unique lighting modes to set the right ambience for their gaming moments with just one click.