Jen-Hsun was kind enough to share more pictures of the yet unreleased GeForce GTX 960 custom cards.

ASUS STRIX GTX 960 is an overclocked card equipped with DirectCU II cooler. The GTX 960 will feature 0 dB technology, the same technology that is available in all STRIX graphics cards. The card itself is a rather tiny, probably best fitted for mini-ITX builds. It does look like STRIX GTX 750 Ti, except it has more display connectors. 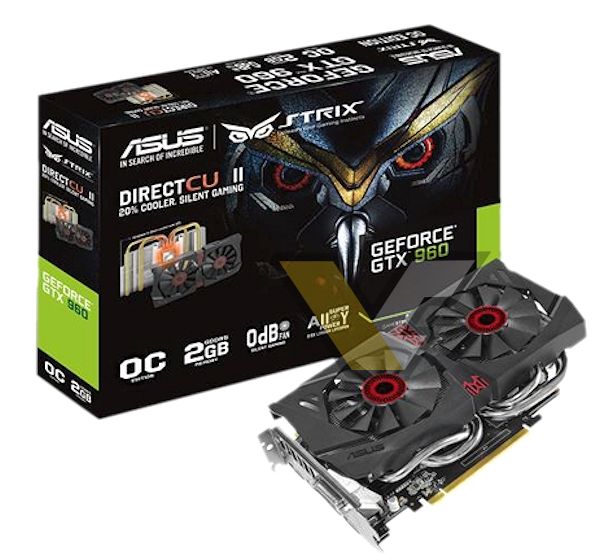 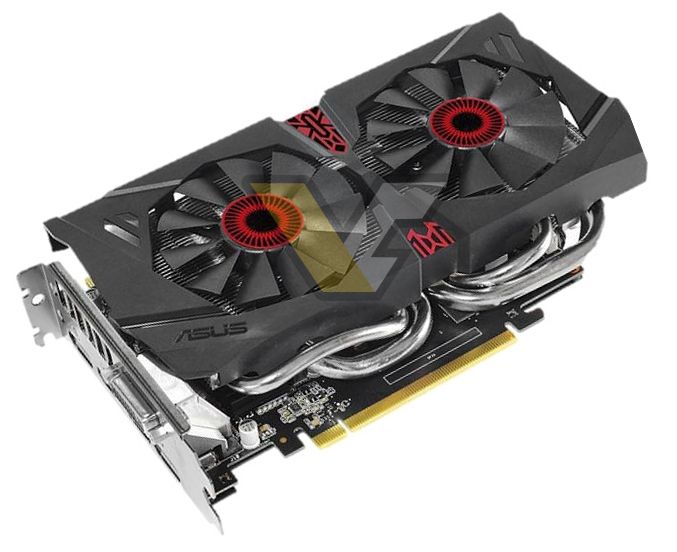 For the fans of ACX 2.0 cooling (there are any here?) EVGA brings new Superclocked GTX 960 (and some other models no one cares about).

The GTX 960 Superclocked is powered with through single 8-pin power connector. It has a full cover base plate, two heat sinks connected to each other with three copper heat pipes.  The ACX 2.0 has two 80mm 11-blade fans. I don’t know how what are the clocks yet, but I will keep you updated. 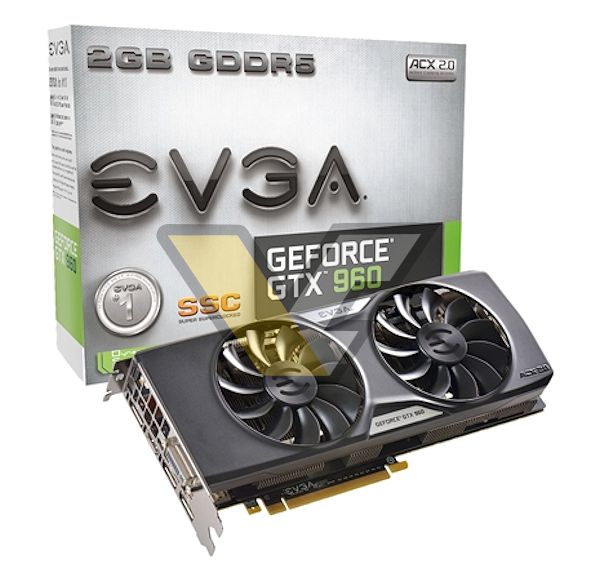 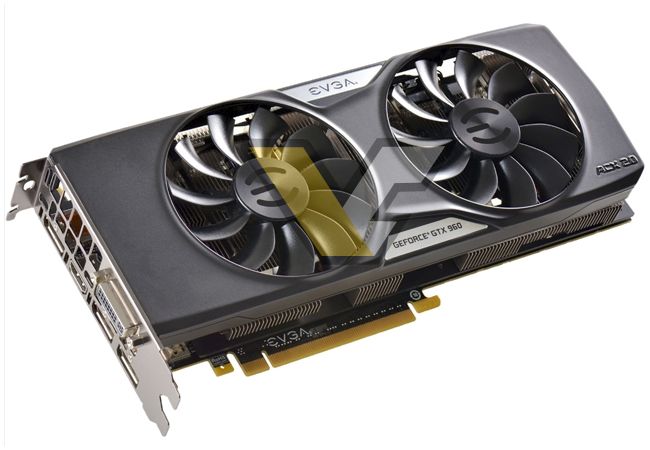 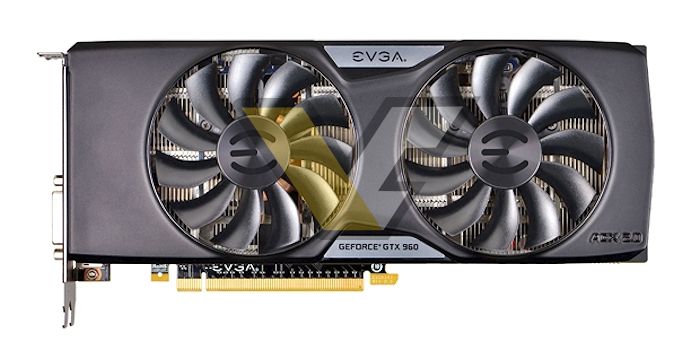 ZOTAC has four GTX 960 cards in the making. These cards only feature two designs and optional factory-overclocking. The first card is simply called ZOTAC GTX 960. You can actually get the same cooler with GTX 970, but I suppose it’s more suitable for this card anyway. ZOTAC’s GTX 970 features one 6-pin connector. The PCB is actually shorter than the dual-fan cooler itself.

The overclocked model based on this design will ship with 1177 / 1240 MHz clocks. 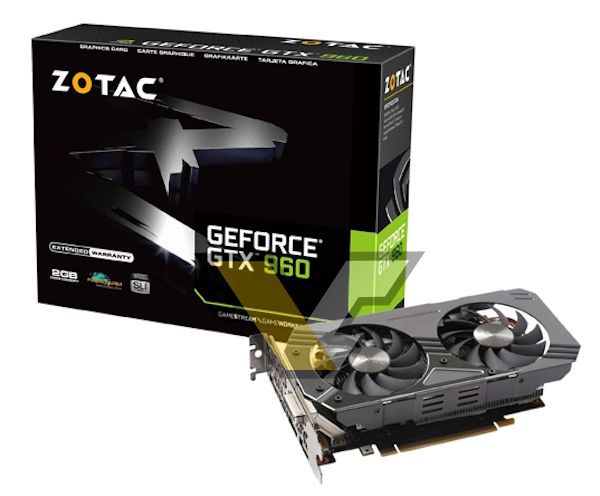 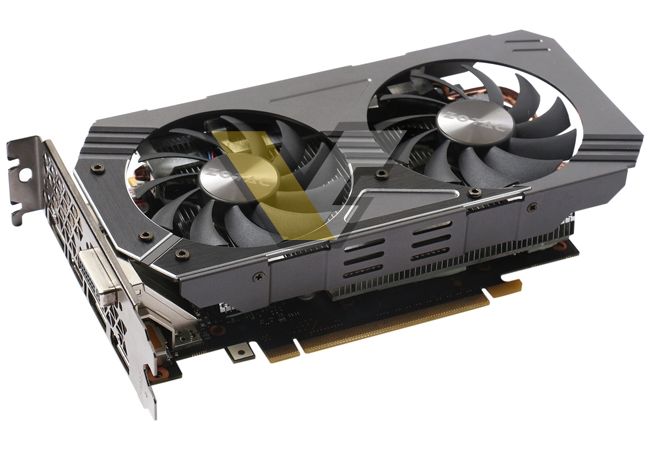 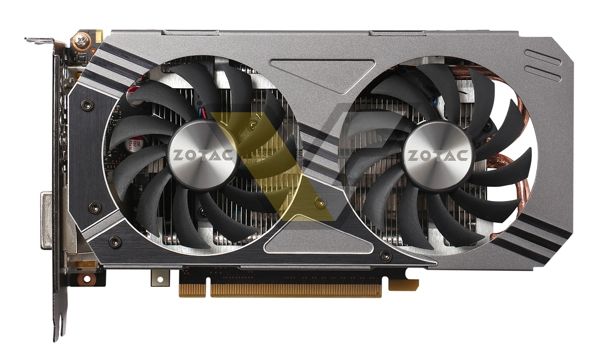 Here is my favorite model so far. The dual-fan AMP! edition. More powerful cards like 970 and 980 are available with triple-fan edition of the same cooling system. The GTX 960 however, is not as demanding as GM204-powered cards, thus only 2 fans are required.

While it does look nice, it only has one 6-pin power connector, so I’m not sure if it can live up to the expectation of overclockers. It does however have a backplate, so if you’re into those kind of things, this could be the perfect card for you. The AMP! model has GPU clocks of 1266 / 1329 MHz. 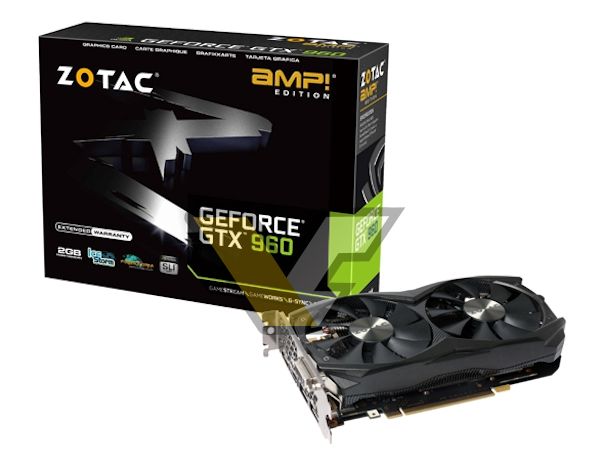 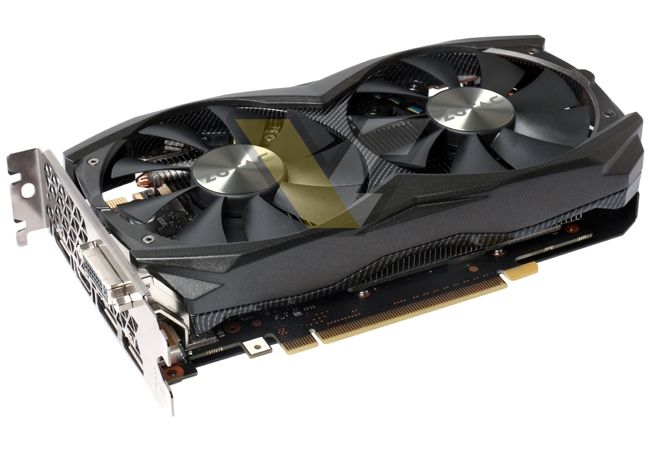 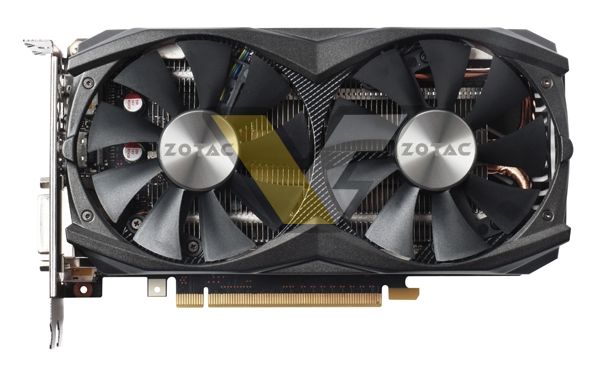