The launch of mid-range GeForce GTX 960 graphics cards is imminent. More and more leaks start to appear as more cards are being prepared for the release.

We have just shown you the first two GTX 960 graphics cards from MSI just few days ago, but thanks to our Taiwanese sources we will show you yet another model from GTX 960 family.

The black and white GTX 970 was just recently shown during CES 2015, but it seems that all these cards first showcased at the event (including special green edition of GTX 970), will also be available with Maxwell GM206 GPU in GeForce GTX 960. 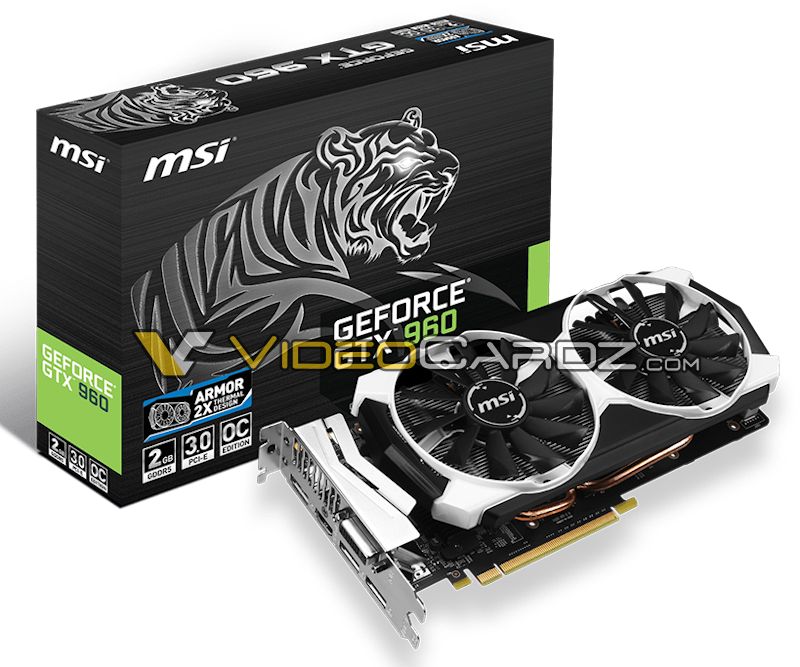 The MSI GTX 960 OC is equipped with new Armor 2X cooling solution, which is believed to be ‘more affordable Twin Frozr V’.
It doesn’t mean it has a worse cooler, but it means it will miss few features (like Zero Frozr technology: fans do not spin while the card is not under heavy use, and support for GAMING software). Apart from that, it’s just a new cooler, which is installed on the same PCB with Military Class 4 components.

Unfortunately we still don’t know the exact specifications, but we will give you an update as soon as we learn more. 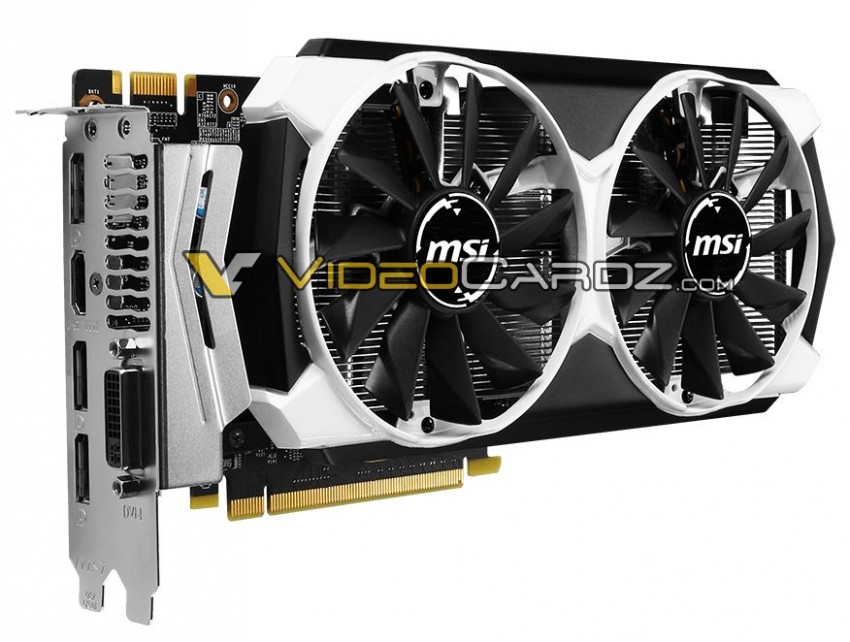