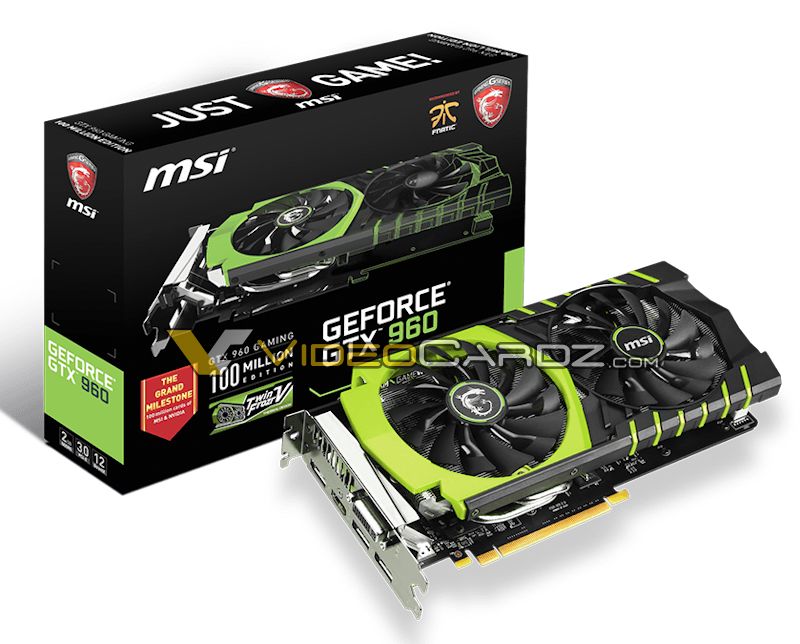 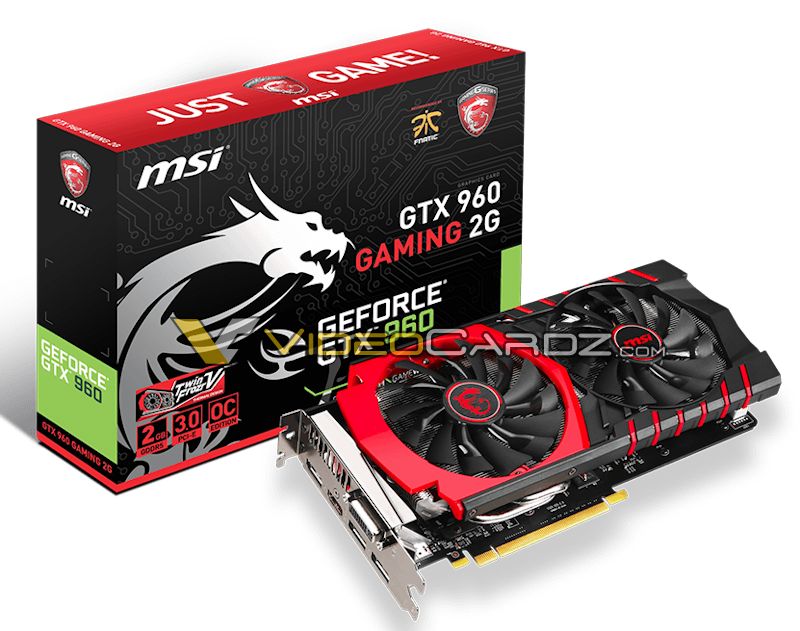 Yesterday you saw the GTX 970 100 MILLION Edition, which was first shown to PCPerspective at CES 2015. Today we are looking at GTX 960 in the same green theme and GAMING 2G kept in original GAMING colors.

Both cards are very much the same, except the color scheme and the missing backplate with GAMING 2G. Unfortunately we don’t have the specs, so we can’t talk about the clocks just yet. The only certain thing is the memory configuration of 2GB GDDR5 and 128-bit interface.

MSI’s GeForce GTX 960 is powered by a single 8-pin power connector. The PCB is equipped with 4+1 phase design. And just like we told you, GTX 960 has the same display configuration as GTX 970 and GTX 980: three DisplayPorts, HDMI and DVI.

GeForce GTX 960 is equipped with GM206 GPU, which we unveiled just today. We expect to hear more about GTX 960 in the next few days, so stay tuned for more. 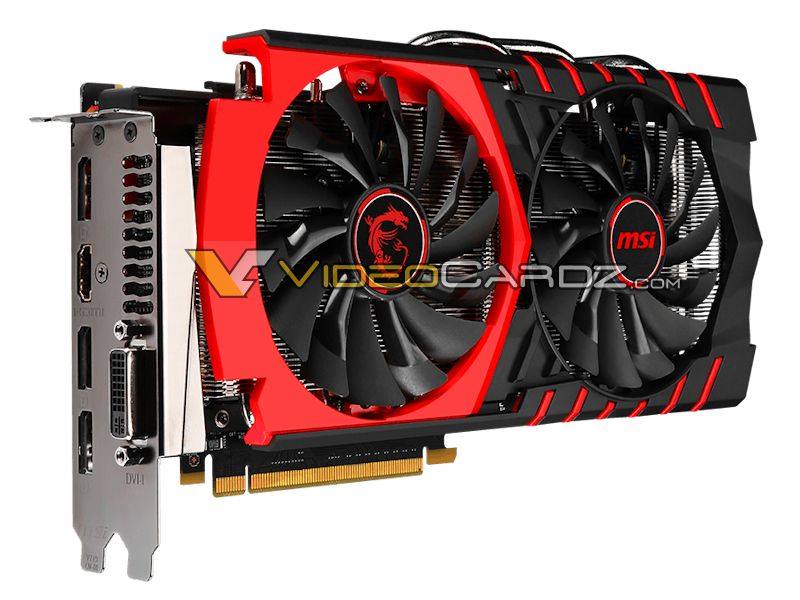 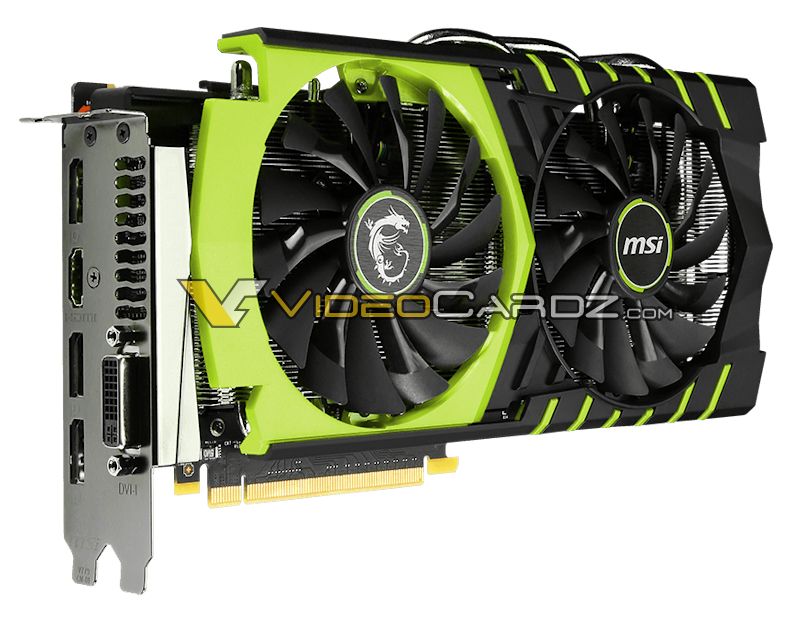