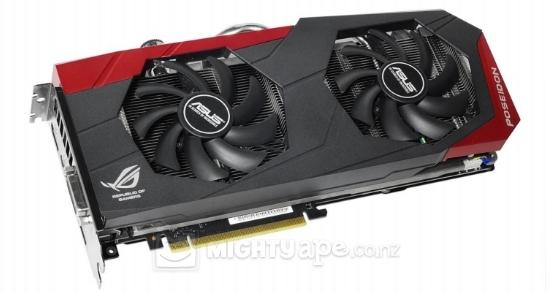 Our friends at WCCtech found what seems to be the first trace of GeForce GTX 980 ROG POSEIDON from ASUS, which by the way, was teased by the company just today (the video is showing GTX 780, which apart from few details looks exactly the same).

The listing from the store called MightyApe, gives us more than just the specs, since we also have pictures. Graphics card known as GTX 980 ROG POSEIDON (POSEIDON-GTX980-P-4GD5) is based on GM204 GPU with 2048 CUDA cores. It comes with 4GB GDDR5 memory on board across 256-bit interface. The clock speeds is where this card makes a stand against its main competitors (EVGA’s Classified or Inno3D’s AirBoss).

ASUS GTX 980 ROG POSEIDON arrives with a base clock of 1178 MHz and boost clock of 1279 MHz. The memory however, was left untouched, but it shouldn’t really be a problem reaching 8GHz with such an efficient cooling solution.

Speaking of cooling, this card can either operate with the liquid cooling loop or separately like any other card your mom bought you for Christmas. Not everyone may appreciate tubing connectors popping out of the DirectCU cooler. But then, you should ask yourself why would you even need such a card, if you’re not going to use water cooling. 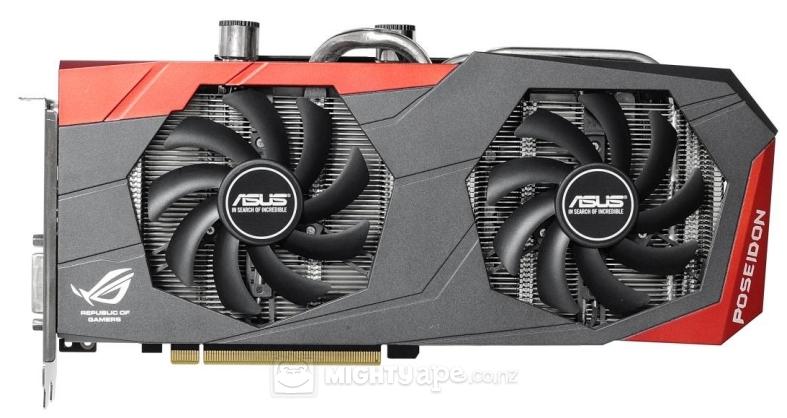 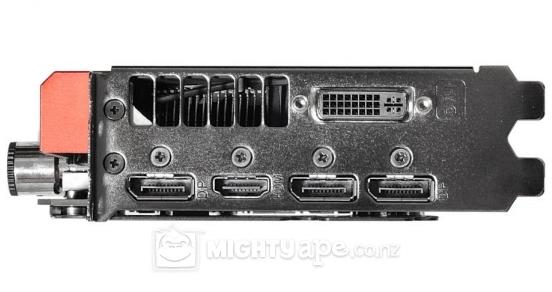 LED pulsates in ROG red when the card is in use — an attention-grabbing beacon of brilliance!

What’s in the box:

To have the best cooling performance, ASUS POSEIDON-GTX980-P-4GD5 extends the fansink to 2 slots. Please double check your Chassis and Motherboard dimension prior to purchase to make sure it fits in your system!