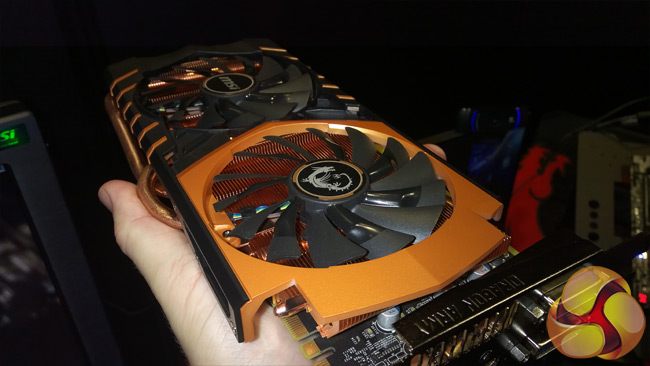 MSI is working on yet another GTX 970.

KitGuru team managed to take a few photos of the GTX 970 Gold Edition in the backstage of Beat IT 2014.

The card, as they describe, is more aesthetically appealing, although it’s just the GTX 970 GAMING in new colors. The limited Gold Edition comes with a backplate where you have a dragon logo of theGAMING series.

The changes were not only limited to the cooler shroud colors, also the heat sink and heat pipes are copper plated, so in the end you have this orange, gold and copper mixture. Unfortunately, it looks like MSI forgot to change the bracket I/O from silver. Maybe it’s just me, but I like the original GAMING model more.

KitGuru promised to talk to MSI product manager later today, so we might learn more about the specs. 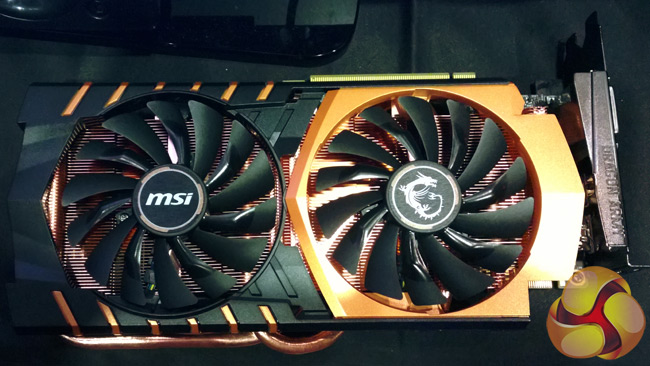 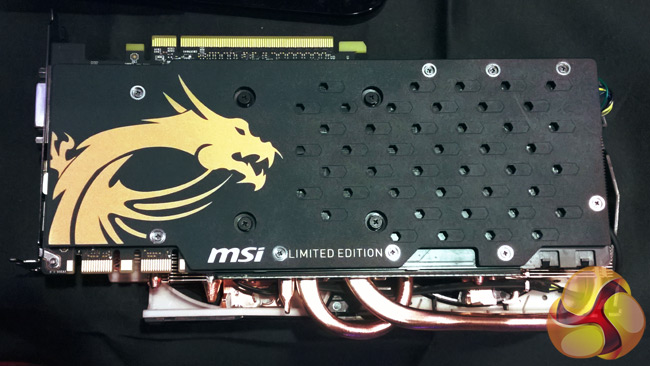 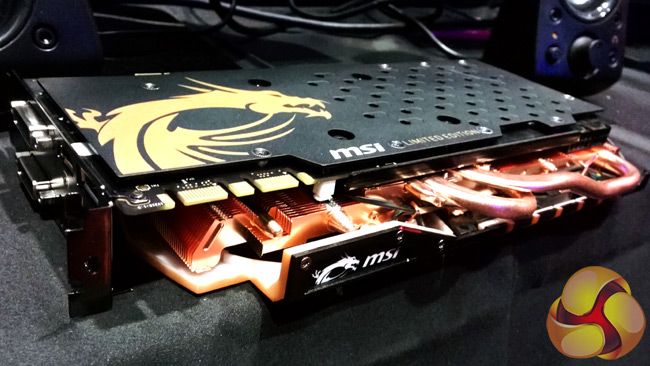