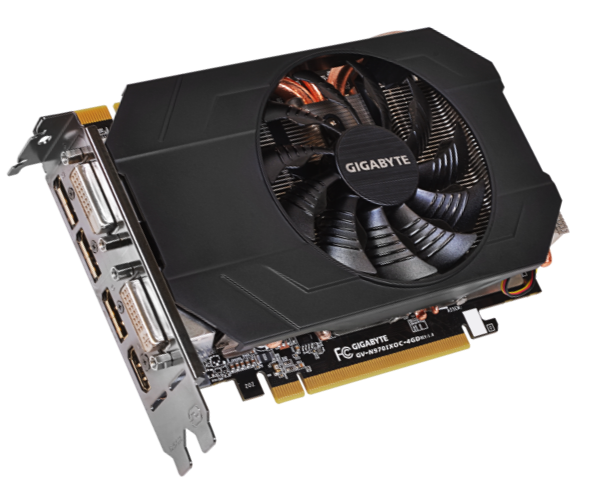 Everyone knew this was only a matter of time. Very low energy requirements made the GTX 970 a very competitive solution. GeForce GTX 970 has great performance-to-price and performance-to-power consumption ratios. Making a Mini-ITX version was inevitable, what we didn’t know is which company would be the first to release it.

Gigabyte GTX 970 Mini-ITX OC is using custom made PCB and custom cooling solution. Actually no one has seen a reference GTX 970 board yet, so this could technically be one of its variants, but the Gigabyte’s model is the first to feature it.

Despite rather small form factor, Gigabyte GTX 970 is factory-overclocked. It comes with 1076/1216 MHz clocks, which is 25MHz and 38 MHz more than reference model. Thus, the TDP should be somewhere around 150W.

This newest addition to Gigabyte lineup is dual-slot and single-fan solution. Card is using the same fan design as other WindForce models. The fan is positioned right on top of the large heat sink with 3 copper plated heat pipes.

Gigabyte GTX 970 Mini-ITX is equipped with a single 8pin power connector. Last but not least, it has interesting set of display outputs: three DisplayPorts, HDMI, DVI-I and DVI-D (reference models do not have DVI-D connector), so there are no perforations on the I/O bracket, which may affect cooling efficiency

According to Tom’s Hardware, this card will be available for $330. 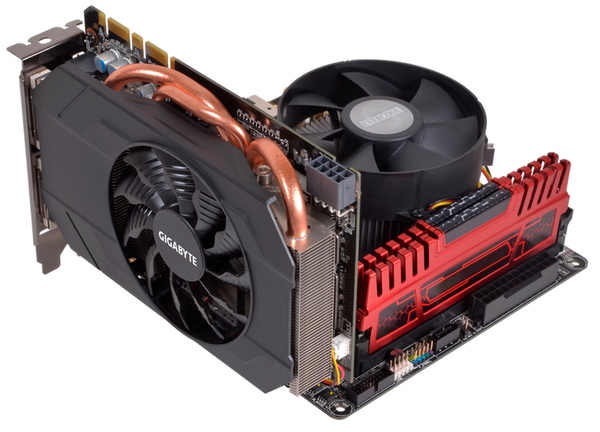 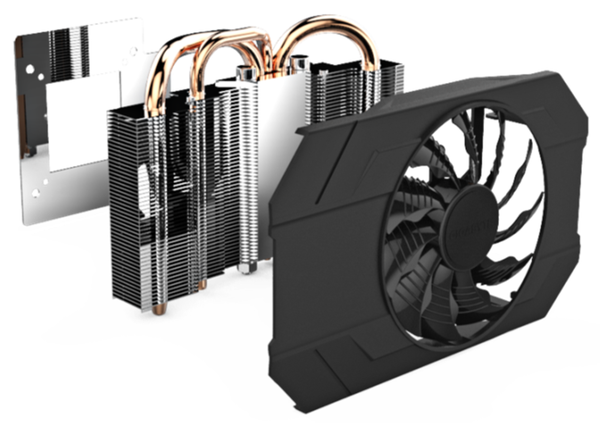