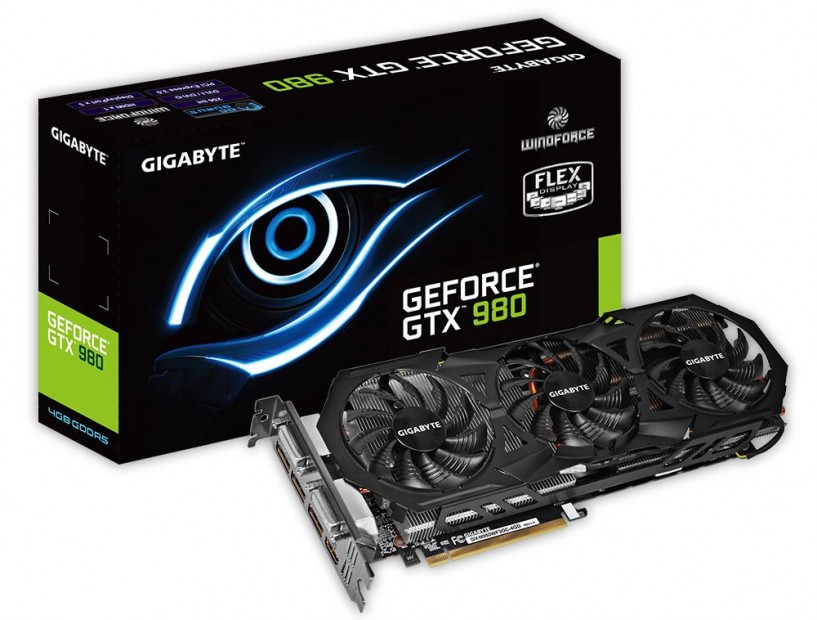 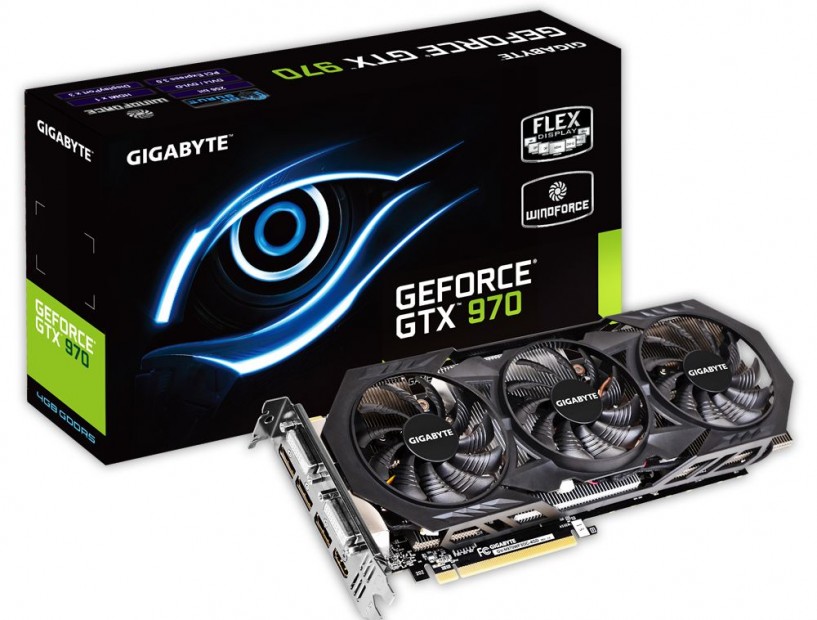 During GeForce GTX 980 and GTX 970 announcement Gigabyte only had two custom cards available, both part of new G1 GAMING series.

Today, Gigabyte brings two more cards to the stack. The non-G1-GAMING cards are basically lower-clocked models with missing backplate. Both are using the same WindForce 3X cooling system design and the same PCB.

The power requirements have not changed and both cards use the same power connector configuration as their G1 GAMING variants: 6+8pin for 970 and two 8pin for 980.

Gigabyte is the only manufacturer to offer so many display outputs with one card: DVI-i, DVI-D, HDMI 2.0 and three DisplayPorts. Manufacturer also developed new patent-pending technology called Flex, which basically is an automatic display detection up to 4 monitors. 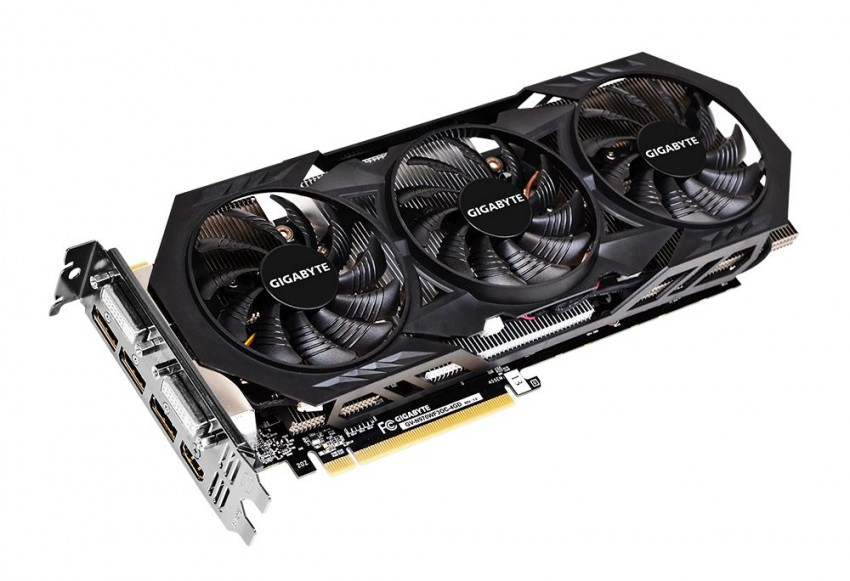 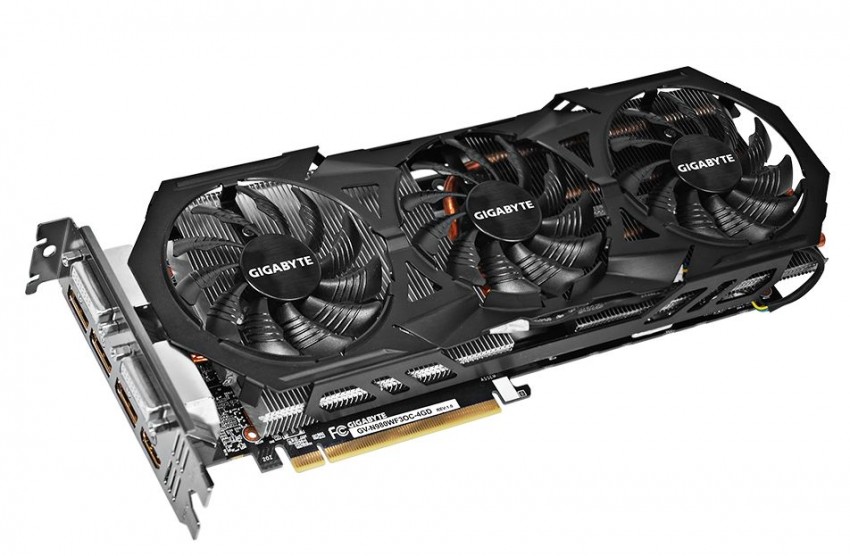