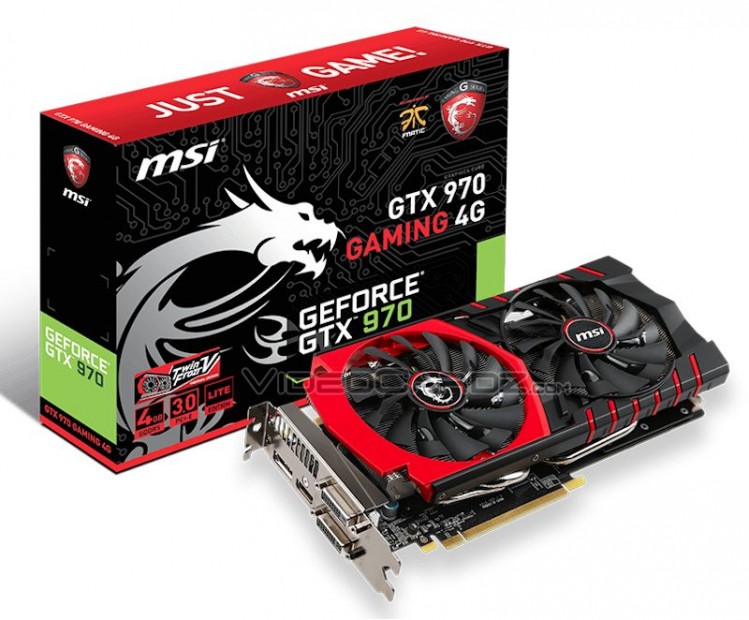 While MSI’s GTX 970 GAMING is selling like a hot cake, company is already preparing a new model.

GTX 970 GAMING is one of the cheapest fully custom GTX 970 cards you can find, thus very affordable with great performance to value ratio.

The GTX 970 GAMING Lite is nothing else than slower, and of course even cheaper version of so popular 970 GAMING. Unfortunately this time I have no specs to share with you. I only know that the price should be much closer to the price of reference model, somewhere between 330 to 340 USD.

MSI’s GTX 900 GAMING cards are equipped with the newest Twin Frozr V cooling system. It’s quite funny that some people do not even realize that TF5 has the same technology as ASUS STRIX DC2 coolers: 0dB operation if the temperature is below 60C. It’s to worth noting though, that MSI was in fact the first company to develop such technology few years ago, so it’s not like they are copying ASUS ideas now, rather going back to what was already made.

MSI GTX 970 GAMING is probably the best card for the money, but it’s not without issues. There are some reports that the secondary fan will not stop spinning and it continues to work at full speed even after the card reaches lower temperature. There is a dedicated thread to this issue, so I suggest you at least take a look at it. MSI is already working on a fix, which should arrive in a week. From what I’ve been told, the issue can be resolved with a BIOS update.