Our colleagues at ComputerBase found a very interesting article at PC Watch.

Update: Shortly after publishing this post I received a confirmation that Tonga XT indeed has 384b interface.

PC Watch made an interview with Raja Koduri, during R9 285 launch in India (yesterday). They gathered some intel about full Tongan architecture, however they do not say if it was straight from Koduri.

Full Tonga would pack 32 Compute Units with 2048 Stream Cores in total. This is basically means Tonga and Tahiti share the same configuration. 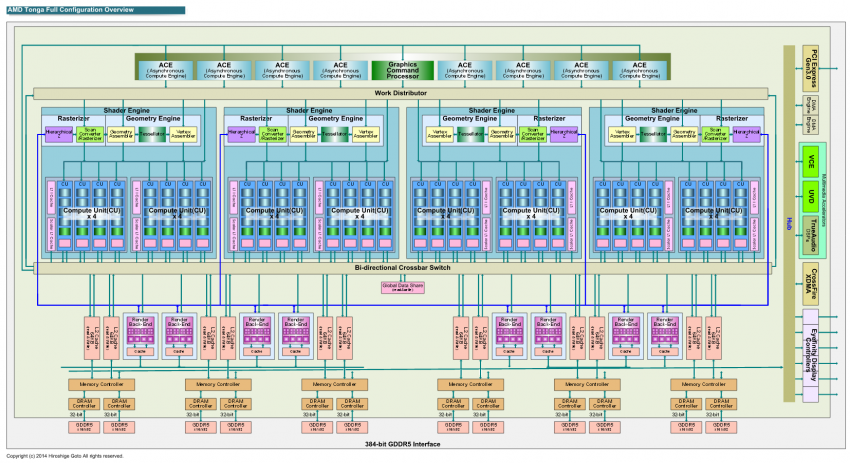 PCWatch also reports that Tonga is HSA-compatible, and unlike Kaveri (which is in third stage), Tonga would be in the final fourth state of HSA implementation.

What it means is that Tonga already features GPU Compute Context Switch and GPU Graphics Preemption. 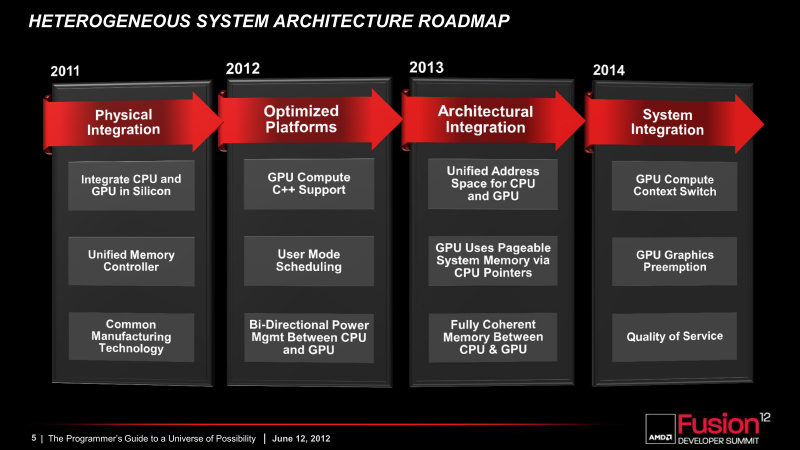 AMD Radeon R9 285 was the first graphics card with Tonga GPU. Tonga PRO has only 1792 Stream Cores, whereas the full chip called XT would pack 2048 unified shaders. PCWatch also claims that Tonga XT could be equipped with more than 32 ROPs. Configuration of 48 ROPs could be the reason why R9 285X was held back for GeForce 900 announcement. Together with 384-bit interface, this configuration could potentially compete with GTX 970.

Unfortunately R9 285X is still nowhere around, and if it’s not released next month, there is a strong possibility it will launch under 300 series later this year.