Earlier this month AMD released Radeon R9 285, equipped with Tonga PRO featuring 1792 Stream Processors.
Tonga XT is a chip with 2048 cores. It was scheduled to launch in the last week of September (at least according to the documents I possess) with Radeon R9 285X.

Hopefully this is just a misunderstanding, and we are yet to see the full power of Tonga (this is such a cool name for GPU, isn’t it?). 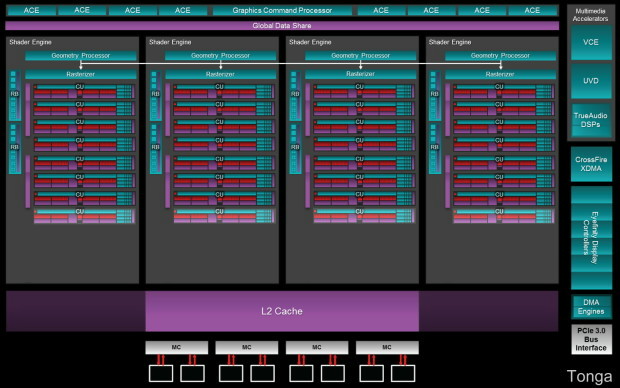