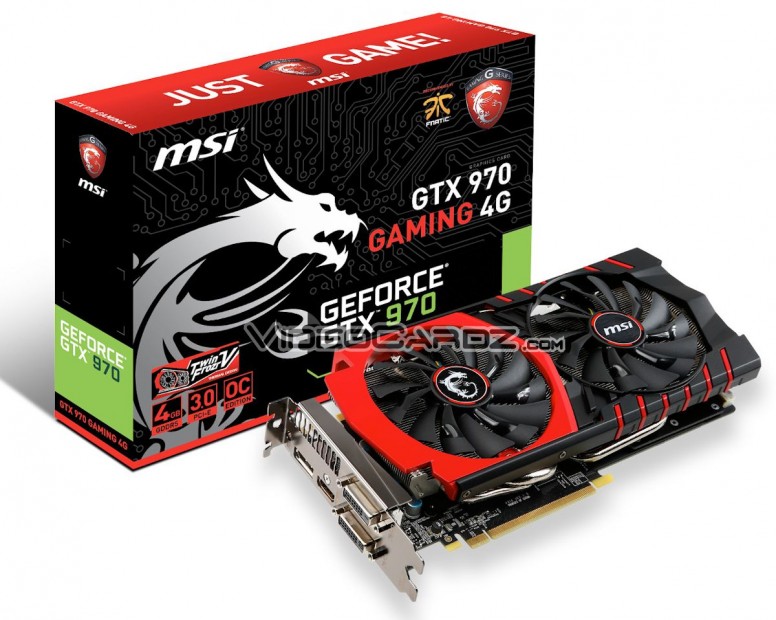 MSI has been teasing their Twin Frozr V cooler for the past few weeks now. So it’s about time we take closer look at GTX 970 GAMING, the first card to feature TF5 cooling.

MSI’s GTX 970 is not a card for casual gamers. GTX 970 GAMING is a real monster. It has two huge 100mm propeller-blade fans accompanied by a nice black and red shroud.

Unlike reference card, MSI’s model has only a ‘default’ set of display connectors: DVI-I, DVI-D, HDMI and DisplayPort. GeForce GTX 970 will launch on Friday, the price remains unknown. 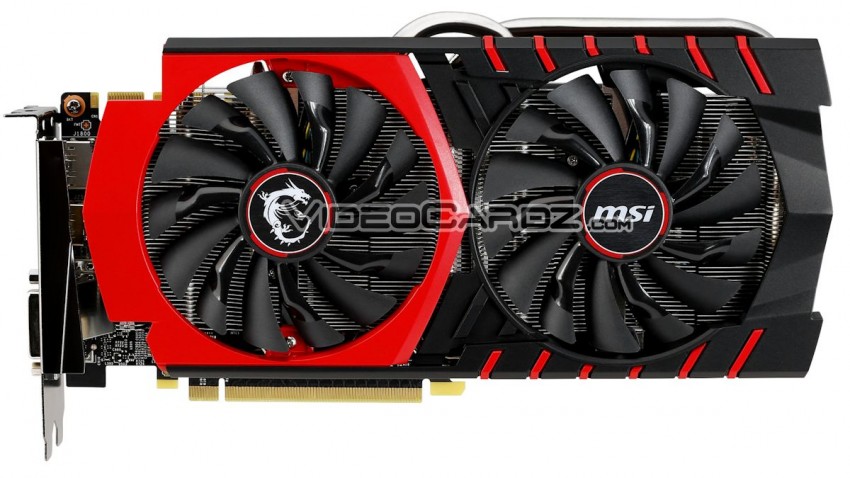 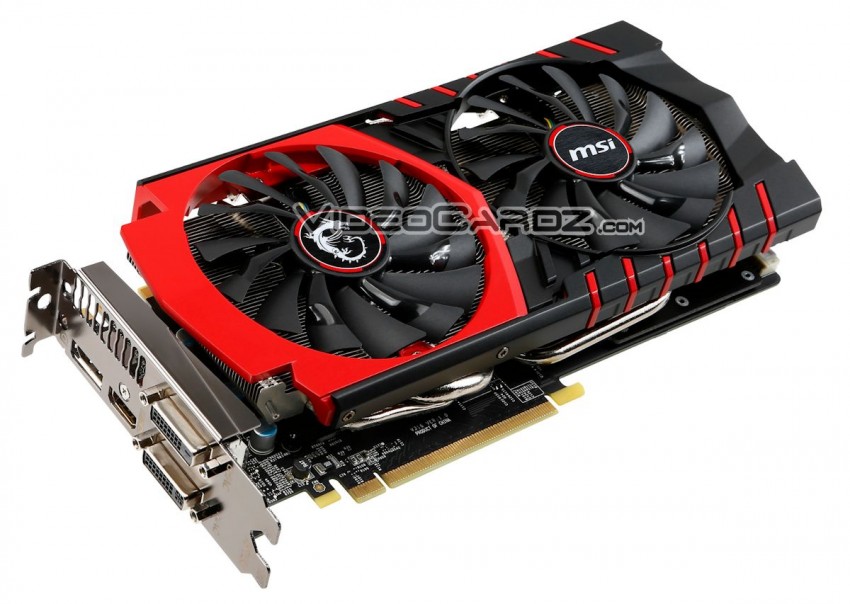 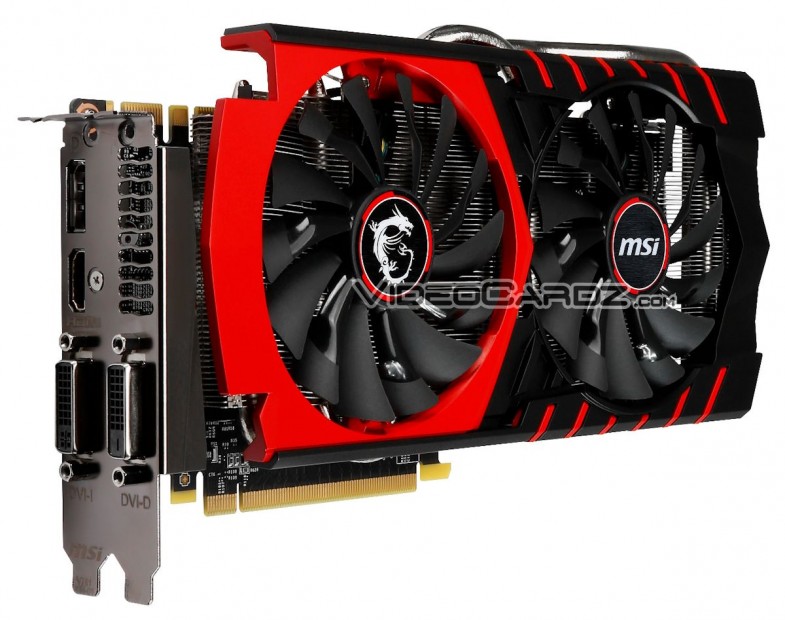 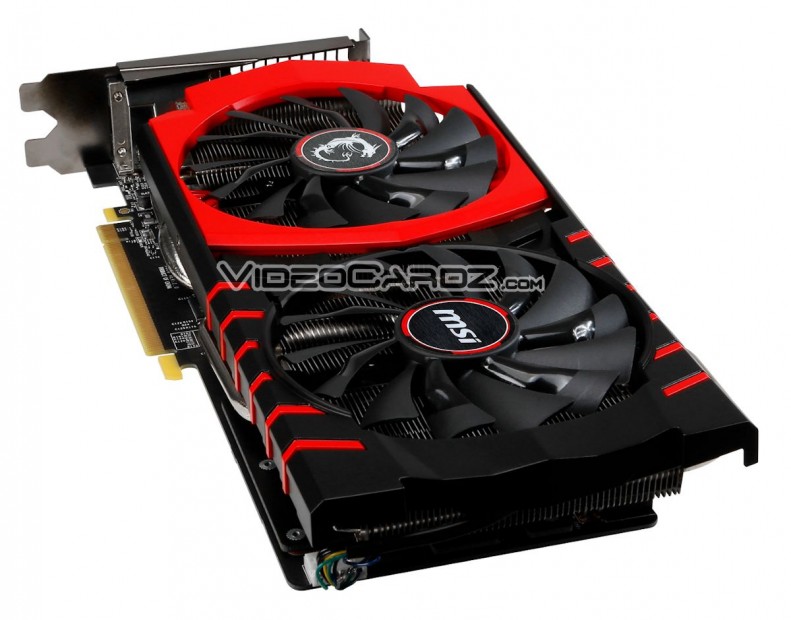 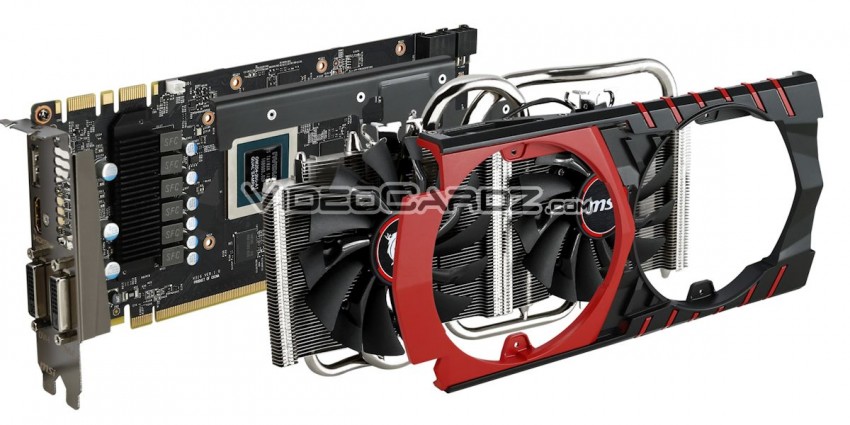 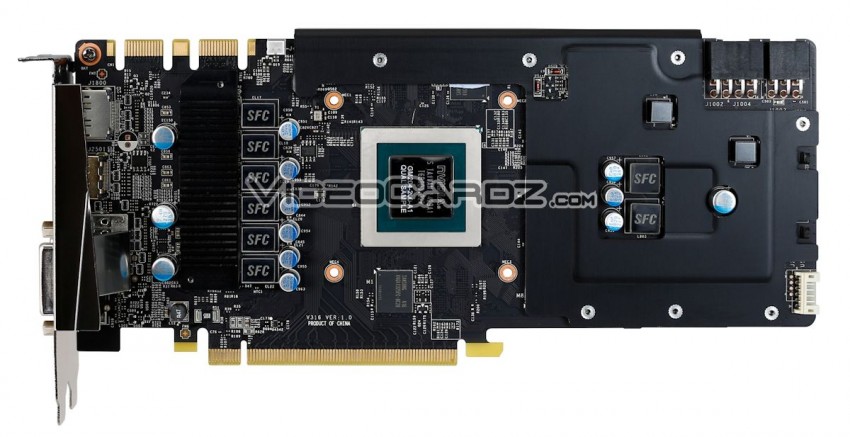