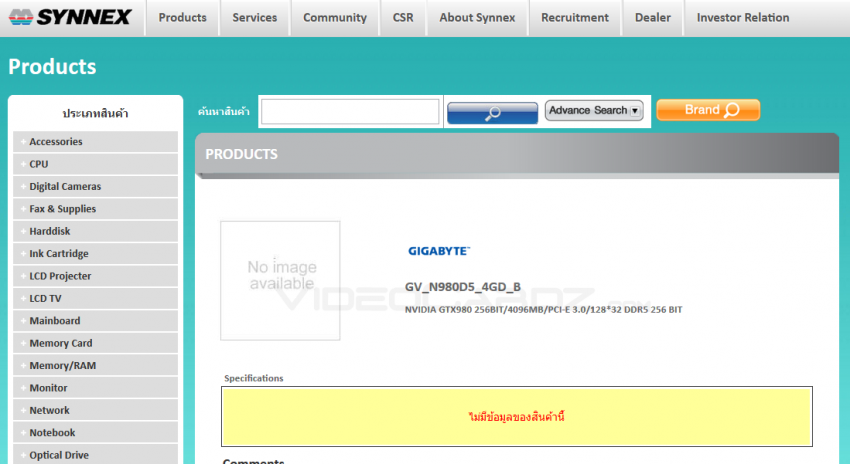 The latest listing from Synnex reveals that Gigabyte has two cards in the works. GeForce GTX 970 G1 Gaming (the same brand we heard about from Gigabyte representative few weeks ago), and reference GTX 980.

However, this time we have more information than from ASUS leak. The first important bit of information is that both GTX 980 and GTX 970 have 4GB 256bit memory configuration. Of course this was confirmed for many weeks now, so there is no shocker here.

For those wondering why only GTX 970 are custom cards for now, is because there was a delay in GTX 980 development. AIBs were unable to finalize the designs until GTX 980 development was finished. So technically ‘at launch’ only GTX 970 should be available with custom-made flavor. Custom GeForce GTX 980s still needs some work, so add extra week or two before seeing more cards with (hopefully) full GM204 silicon. (It doesn’t mean you won’t be seeing renders or engineering samples, we’re talking about availability in stores). 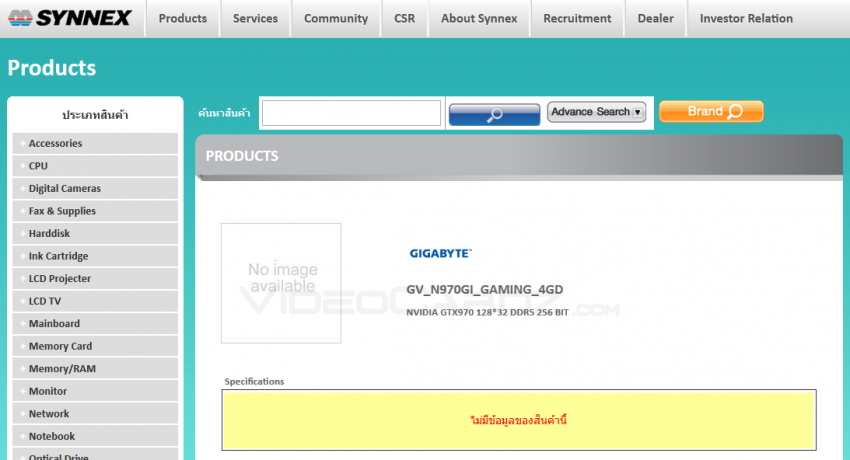