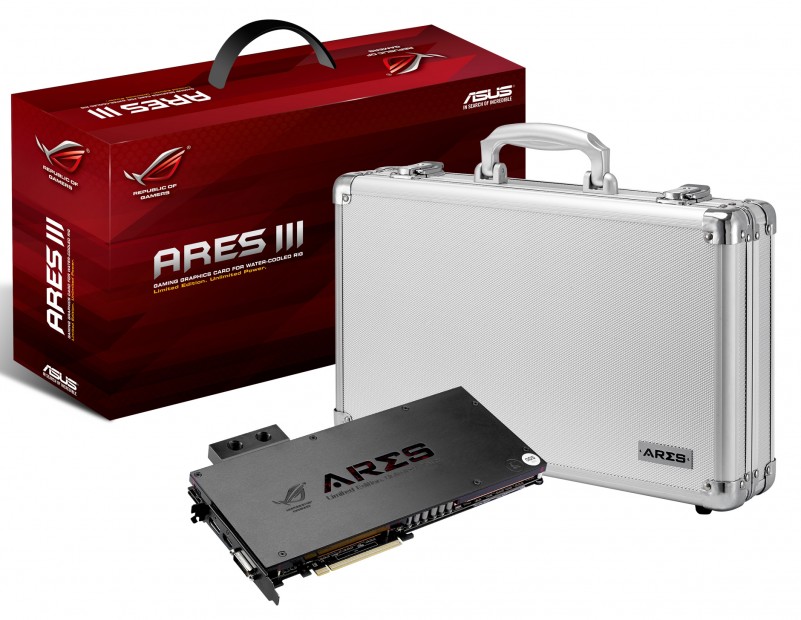 Featuring a hand-carved EK water block, ROG Ares III has a premium, water-cooled design that provides 25% cooler temperatures than the reference Radeon R9 295X2. ROG Ares III is made with exclusive ASUS Super Alloy Power components for enhanced durability and cooling, and comes with GPU Tweak for overclocking and online streaming that is as simple as it is flexible.

Engineering craftsmanship in a limited-edition card

ROG Ares III will be manufactured in a limited run of just 500 individually-numbered units, making it highly-collectible.

ROG Ares III comes with GPU Tweak, an exclusive ASUS tool that enables users to squeeze the very best performance from their graphics card. GPU Tweak provides the ability to finely control clock speeds, voltages, fan performance and more in real time from an intuitive user interface, so overclocking is easy and can be carried out with high confidence.

GPU Tweak also includes a streaming tool that lets users share on-screen action over the internet in real time, meaning others can watch live as games are played. It is even possible to add a title to the streaming window along with scrolling text, pictures and webcam images. 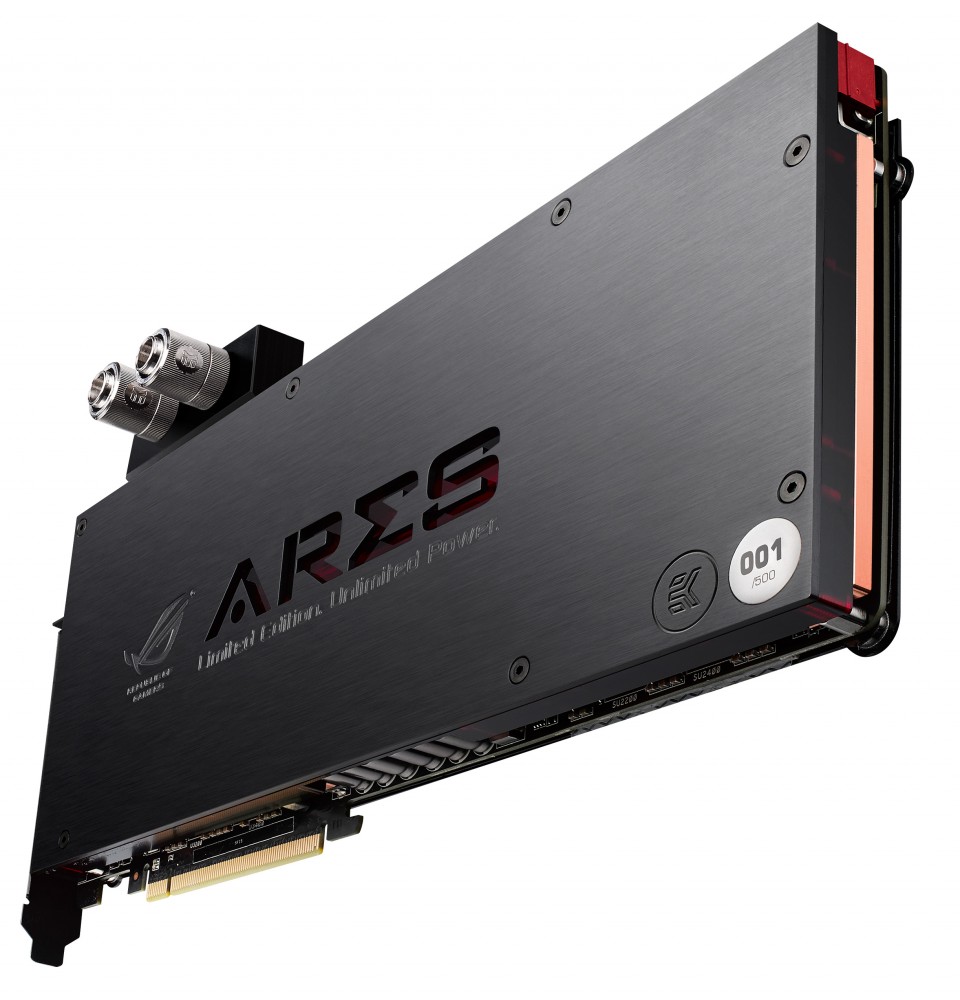