On September 18th NVIDIA will be hosting a livestreamed event for gamers. It will take place in few locations, so you can either watch it online or attend it physically.

This event starts exactly one day prior to NVIDIA GeForce 900 announcement. In fact, as the game suggest it will be a 24-hour event which will end exactly on September 19th. What it means is that GeForce GTX 980 and GTX 970 will likely join the stage with the winners of event.

Of course these would be just an empty words, so we did some digging into the page code. We were surprised how many clues there were. The main page is titled as “NVIDIA Maxwell Teaser homepage“, which pretty much says everything about the big news coming in the very end of the event.

We also discovered a twitter #maxwelliscoming  hash-tag hidden in-between the lines of javascript.

So yes, that’s exactly when NDA lifts and everyone will be able to win/buy or post a review of GeForce 900 series cards. 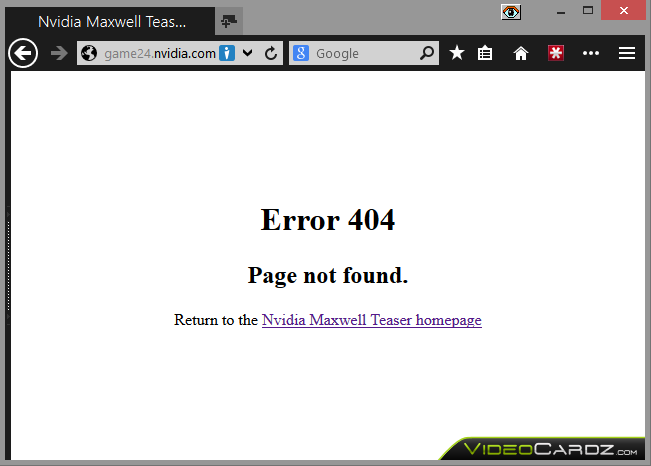 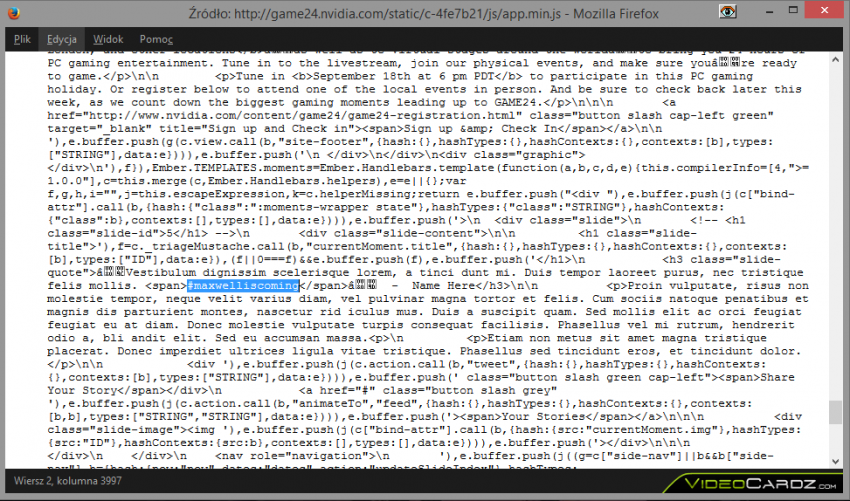