Guys over at Coolaler managed to (allegedly) get their hands on the upcoming Maxwell GM204 graphics card. 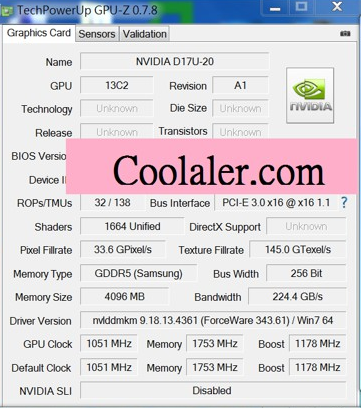 First of all, we have (supposedly) the number of CUDAs this card might have in its final form. According to the leaker GeForce GTX 870 would sport 1664 CUDA cores (13 SMMs), 138 TMUs and 32 ROPs. We have to say, that numbers look poorly compared to full GK110 chip, but Maxwell may actually be that powerful.

To start with, device ID 13C2 has not been used before. The last entry is 13BB, which is yet unannounced Quadro based on GM107 chip. If NVIDIA was to launch a new GPU, that would be the ID to use.

We are going to make a side-by-side comparison to GM107. The layout could’ve changed, but the basic principles should not.

1664 CUDA cores mean there are 13 SMMs, since each SMM can hold 128 CUDAs. Each SMM has 8 TMUs, so the number of TMUs should actually be 104, not 138, 138 does not even divide by 8. This could either mean that someone was manipulating with the picture, or GPU-Z does not fully support second generation Maxwell yet.

The short answer: yes. If you look closely at the pictures, you will notice that the leaker didn’t uncheck the option to upload the scores to 3Dmark database. We actually did try to find them. Unfortunately our search did not bring any similar results.
However, we did find D17U-20. 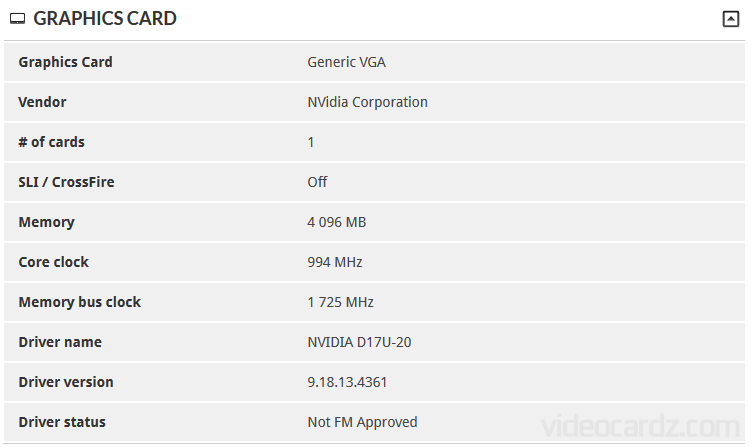 As you can see it does confirm that N17U does exist, in fact, it even confirmed it has 4GB frame buffer. Core clock is not always read correctly by 3DMark (due to frequent profile changes), but memory clock is indeed 7GHz. Here is the link.

Bear in mind, it is rather easy to trick 3DMark to read anything you want.

Let’s move on to leaked specs. Along with 1664 CUDAs, we have 4GB GDDR5 memory and 256b interface. That’s exactly what we anticipated. NVIDIA would still use 7 GHz GDDR5 memory modules, but due to very short bus, bandwidth will not exceed 225 GB/s.

GeForce GTX 870 (allegedly) has a base clock of 1051 MHz and boost clock of 1178 MHz. We were told that GM204 cards indeed have higher clocks, so these numbers could be true. 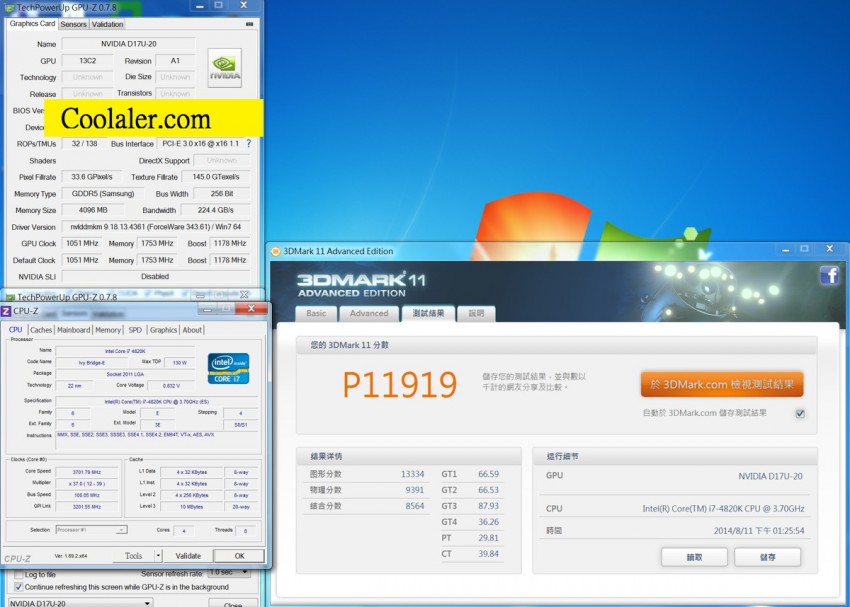 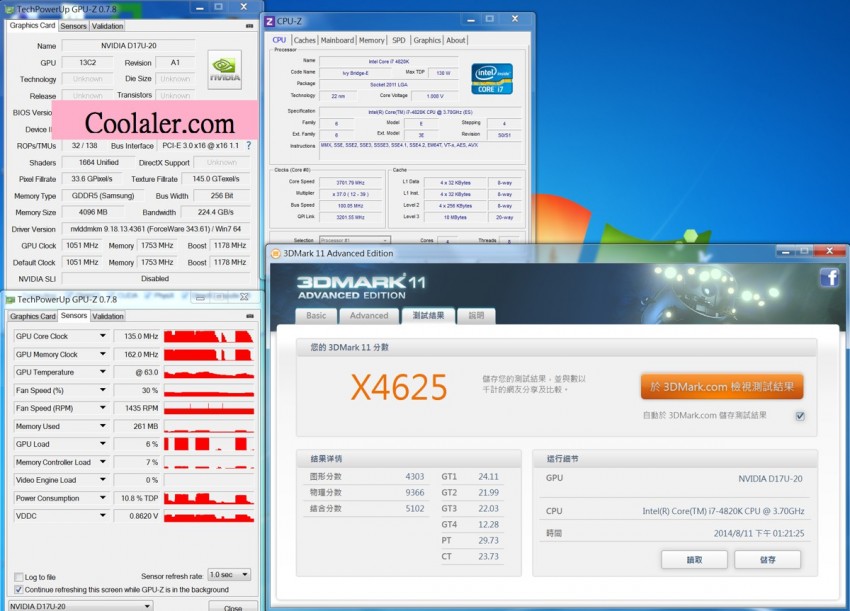 If these numbers are anywhere accurate, then we have a nice replacement for GTX 780 users. Due to very limited bus interface, Radeon 290X users will likely stay with their cards.

As far synthetic scores can mean anything to gamers, GeForce GTX 870 could be 15-20% faster than GTX 770. I just don’t see how 256b can survive in UltraHD revolution.

Both GeForce GTX 870 and GTX 880 are expected in September. 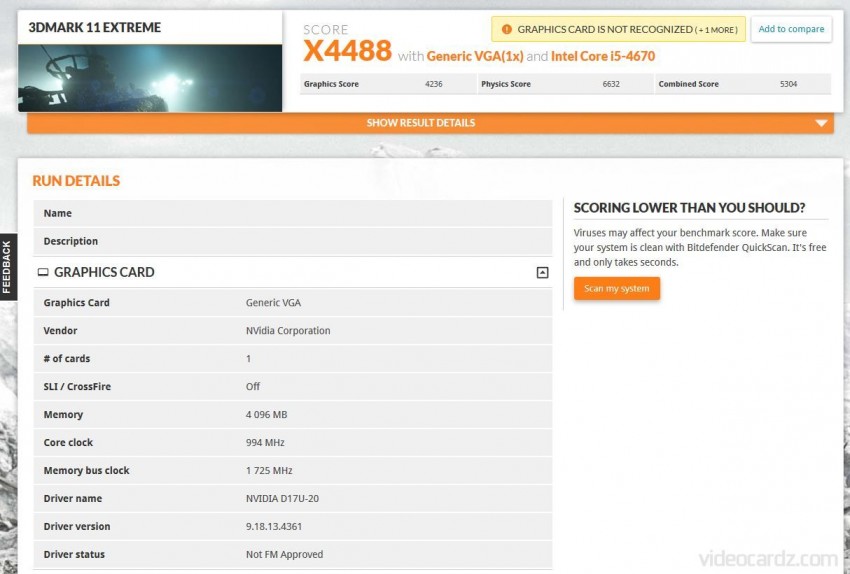