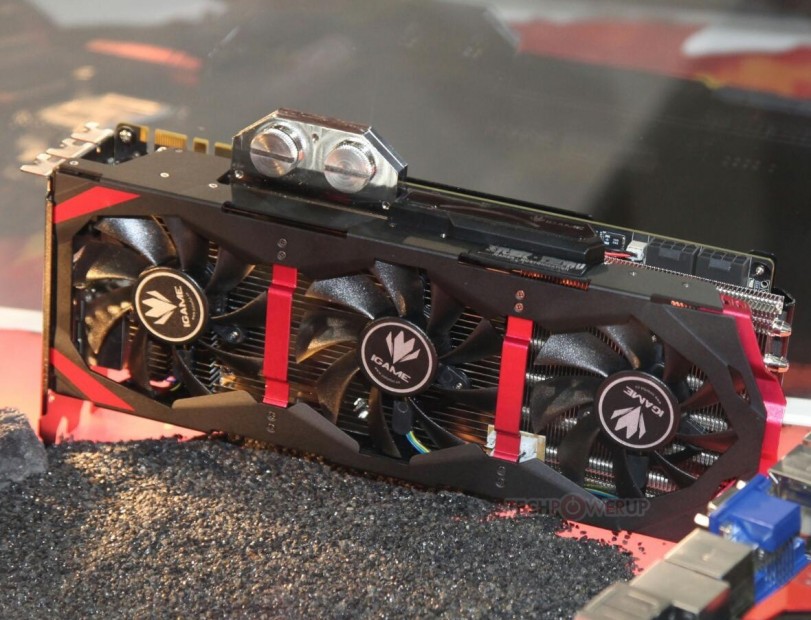 Colorful has showcased its Kudan and Buri-Liquid models of GeForce GTX 780 Ti and GTX 780 respectively.

GTX 780 Ti Kudan will feature triple-slot design, but not because it needs such massive cooler, but to fit a hybrid cooling solution, giving you the opportunity to use either air-cooling or a combination of water loop, and the air.

Kudan are Colorfuls’ flagship series. These cards often arrive in massive boxes with very interesting accessory. This time we can’t really see it, because this is just the first appearance of this model. 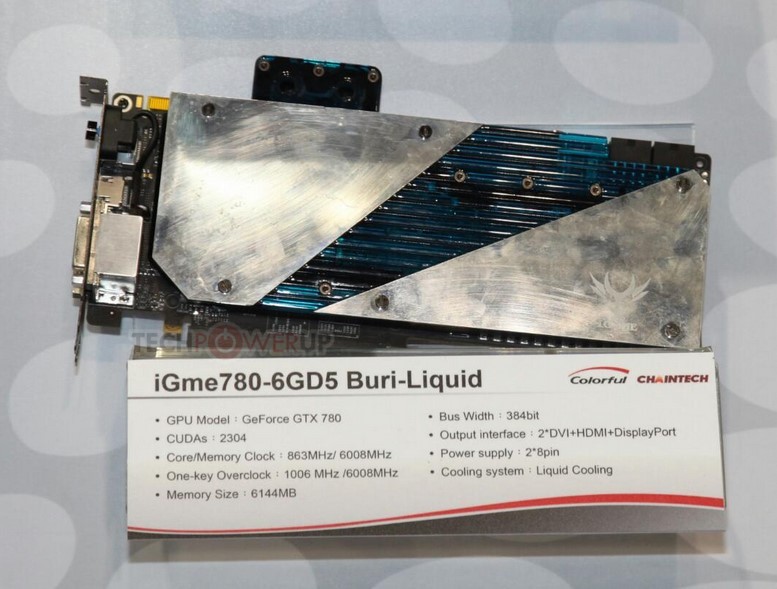 Colorful has also developed a water-cooled GTX 780 with 6GB RAM. It doesn’t look like NVIDIA is finally going to give a green light to AIBs to manufacture 6GB models of GTX 780 Ti, so they had to come up with a different solution. The race for the fastest GTX 780 has been going for some time now. Is this Buri-Liquid model going to change anything? I don’t think so, but it’s always great to have multiple choices when looking for particular card model.

Buri-Liquid will also feature one-click overclock button. This mode will give you more than 140 MHz boost to amazing 1006 MHz (which is not that amazing actually).

What’s interesting though, is that Colorful Buri-Liquid has it’s own custom water cooler. I don’t know if this is the official cooler for this card, nor if this is going to be added with the card, but it looks much better than other solutions you can currently find on the market. 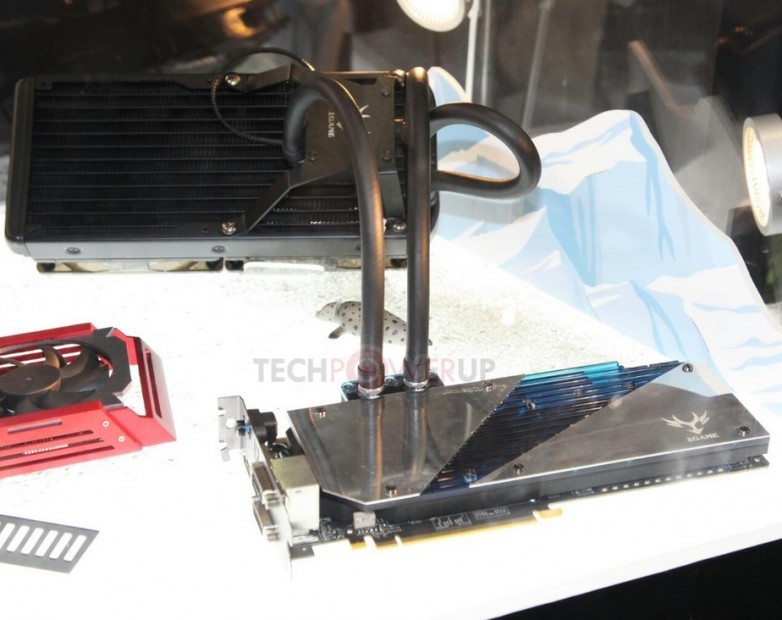