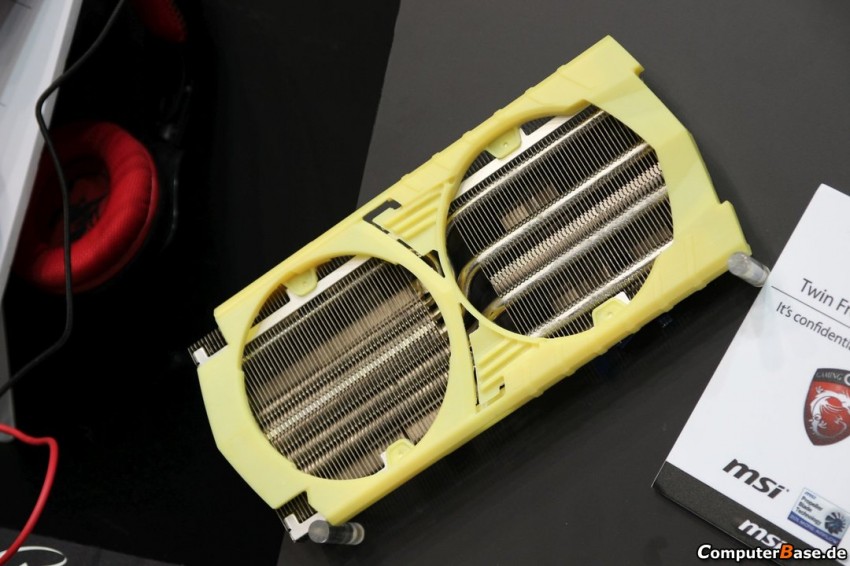 MSI booth is very popular at Computex. Not only do they show recently released products, but also yet unannounced prototypes.

One of such items is Twin Frozr V cooler. This is yet unfinished concept, and we highly doubt this is the final color it is going to use. In fact ComputeBase says it’s just the radiator that is finished. The cooler shroud is probably going to receive many updates (right now it looks like made on cheap 3d printer). The cooler itself is made of two large aluminum fin arrays and 5 heat pipes.

What really got me curious is the thickness of the whole design. It is definitely thinner than two slots, and it looks like the heat sink will sit right above the VRM. So the question is, is there still room for memory cooling support plate, we used to see with all previous Twin Frozr installments?

Choosing the right color scheme will be crucial for new Twin Frozr V cooler. The GTX 780 (Ti)/R9 290X Lightning cooling solution was met with rather mixed feelings. Hopefully MSI will at least try asking the customers what they really expect to see this time. 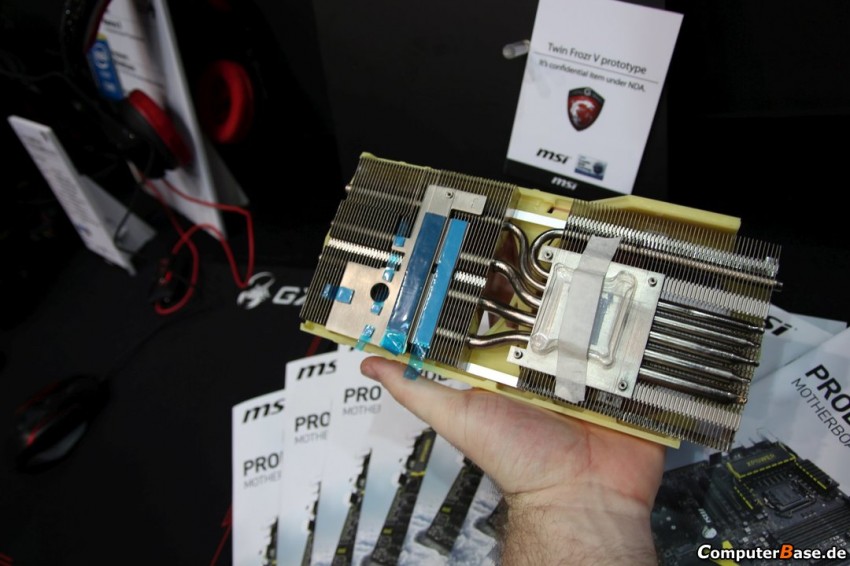 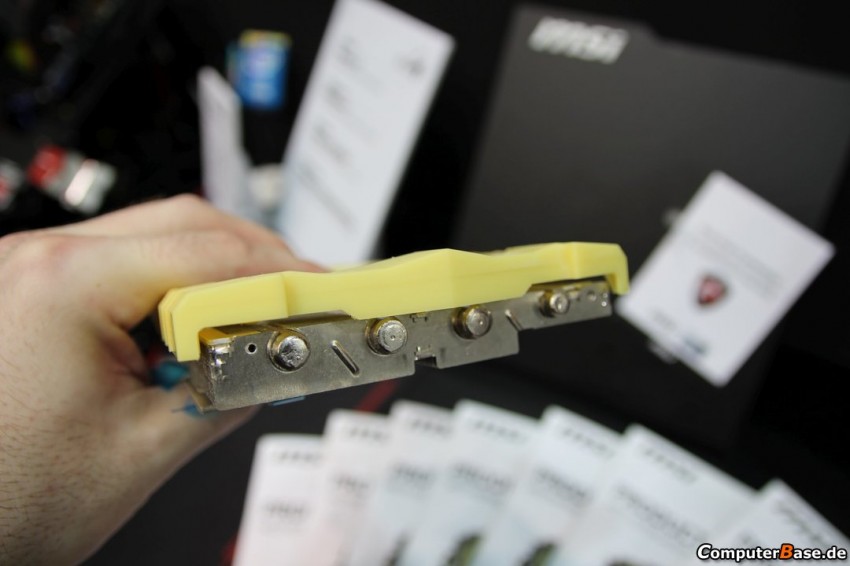 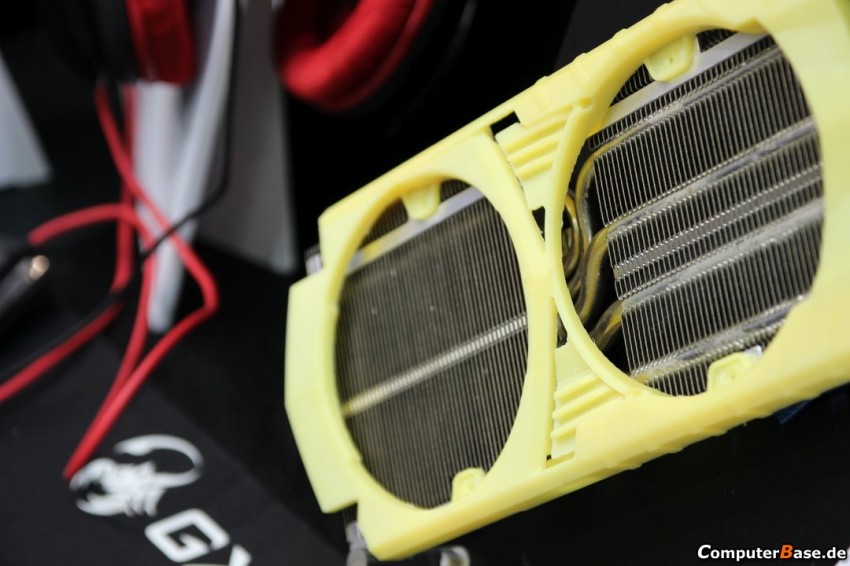 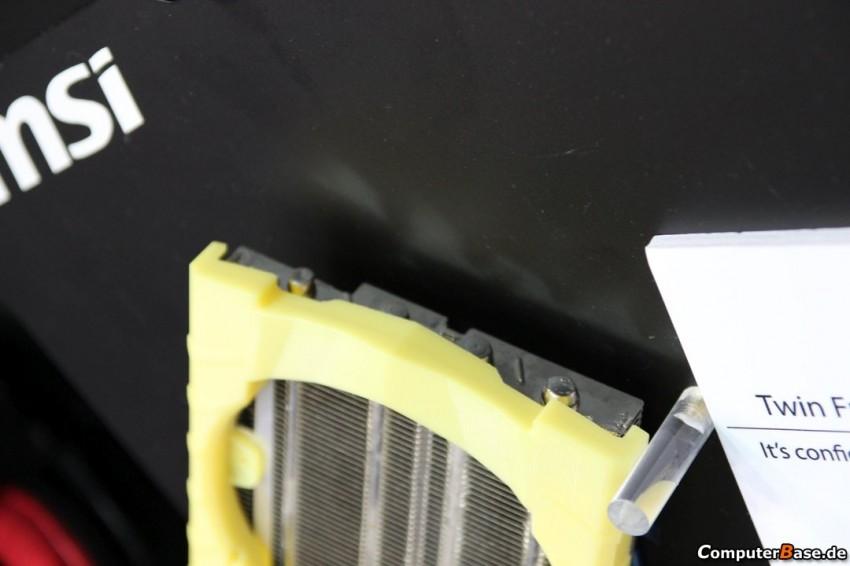 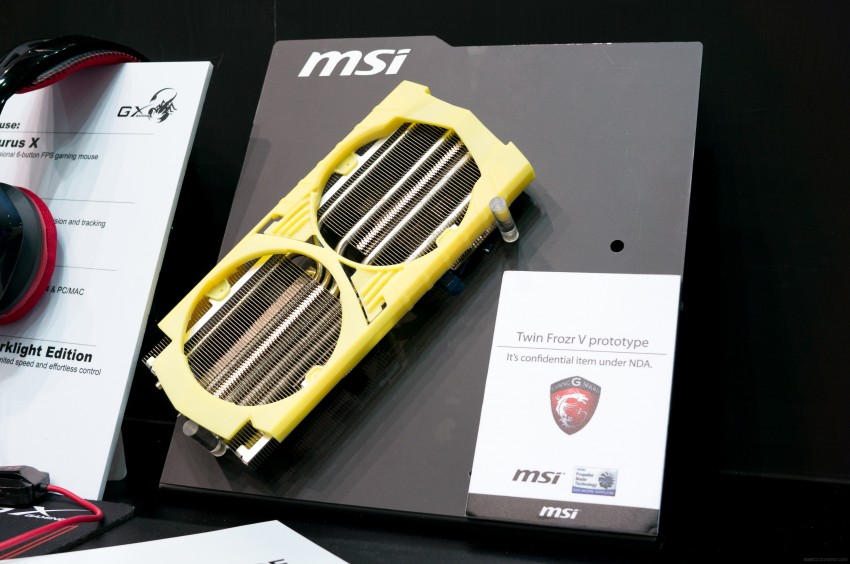 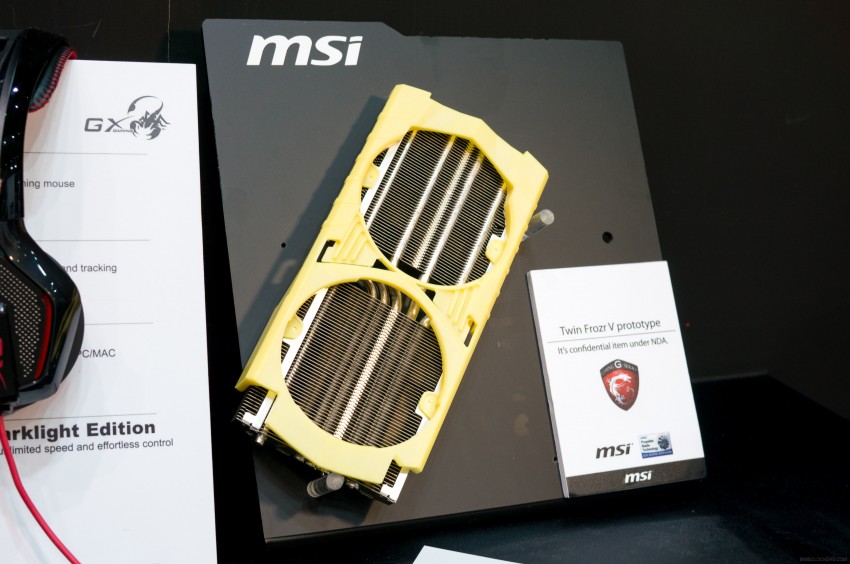