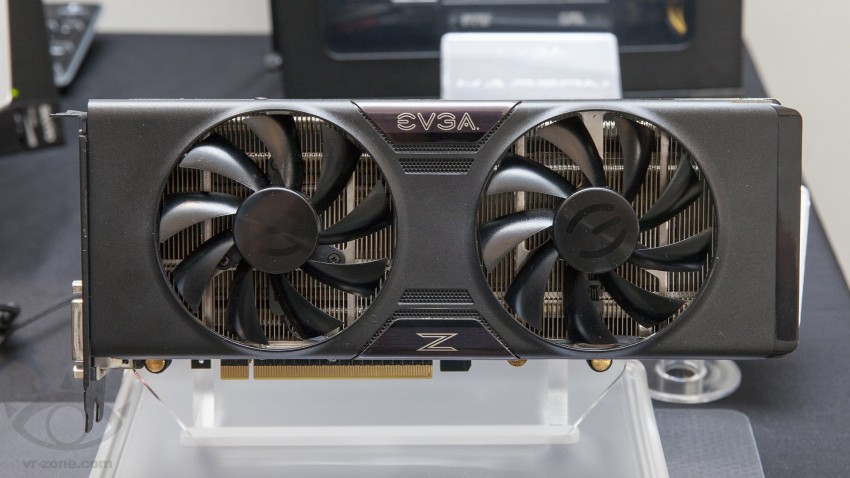 EVGA has made two custom-cooled TITAN Zs. The Hydro Cooper model was already shown at launch, but ACX has definitely not been shown to public so far.

EVGA GeForce GTX TITAN ACX is nothing else than a reference board with new cooling system. According to Hardware.fr, EVGA has not yet decided whether to launch this model anytime soon. The reason for that are NVIDIA’s restrictions, which do not allow non-reference cooling (other than water block) on specific products (GTX 690 or TITANs). For such reason EVGA would actually have to include the cooler with GTX TITAN Z, just like Gigabyte did, as a separate part. Potential owner would have to replace the cooler on his own.

The ACX TITAN Z cooler is nothing new actually, it has just been redesigned to fit two cores with separate heat sinks. We do like the ‘Z’ accent on the cooler, because Z always looks great with video card (z)… 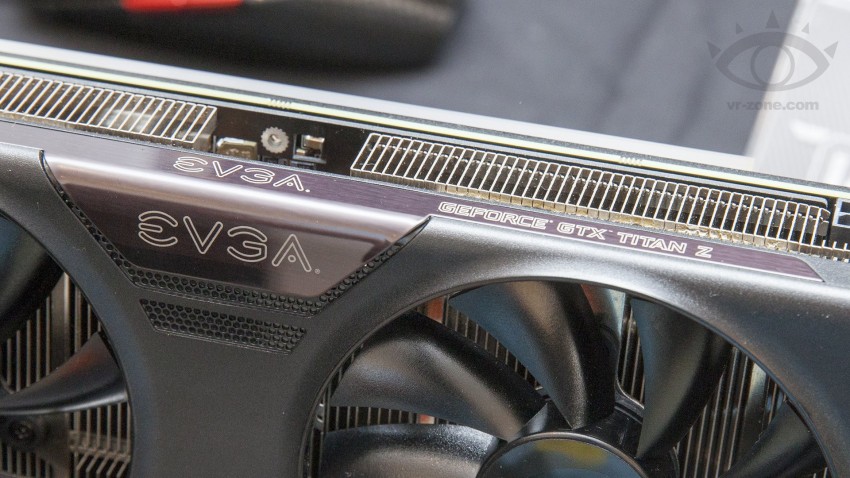 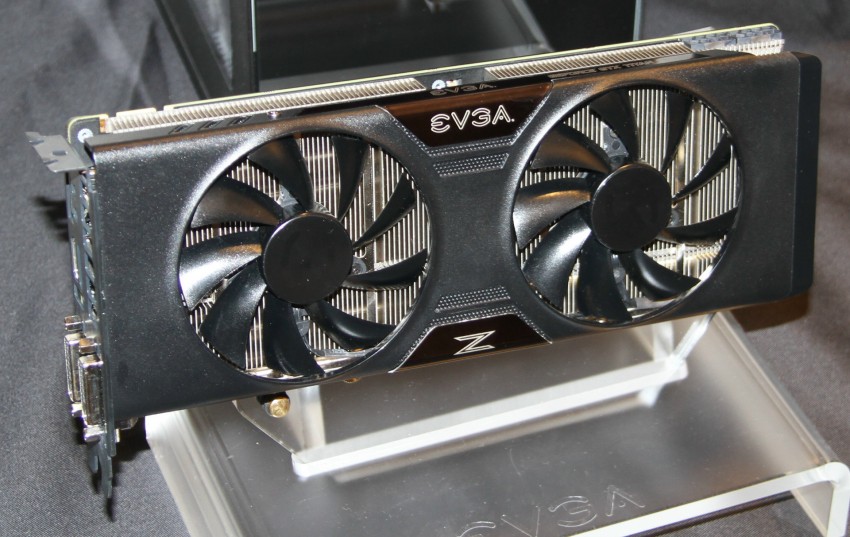