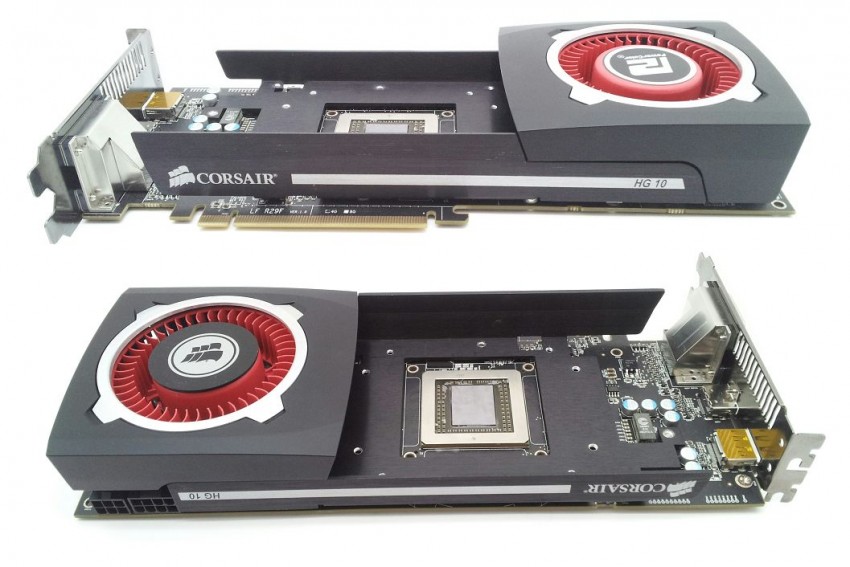 The product is not yet finished, but it will be released later this year. The bracket will cost around $40.

The HG10 offers full coverage for compatible reference-design GPUs, meaning it’s not just cooling your GPU itself, but the red-hot VRMs and VRAM on your card. After installing the HG10 GPU bracket, a PC enthusiast can mount any Corsair Hydro Series liquid CPU cooler (available separately) to chill their graphics card’s GPU (up to 50°C) and VRM/VRAM (up to 25°C) lower than stock temperatures. Don’t be afraid to push that overclock and extract every bit of performance from a graphics card – paired with a Hydro Series cooler, the HG10 can quickly dissipate large amounts of heat, and will reduce noise significantly compared to the GPU’s stock fan.

The HG10 is a straightforward to install. With only an ordinary screwdriver, you can easily swap your graphics card’s stock cooler with the HG10 bracket – all without the hassle and mess of installing a custom “open loop” liquid cooling setup. The HG10 cleverly re-uses the stock cooler’s radial fan, ensuring consistent airflow over the graphics card’s memory and power circuitry while maintaining compatibility with the GPU’s built-in fan control circuitry.

The HG10 is priced at $39.99 and available in several editions designed for specific AMD and NVIDIA graphics cards layouts. The first available edition – due in June – supports the AMD 290x/290 reference cards. Future versions for NVIDIA and other AMD cards arrive later this year