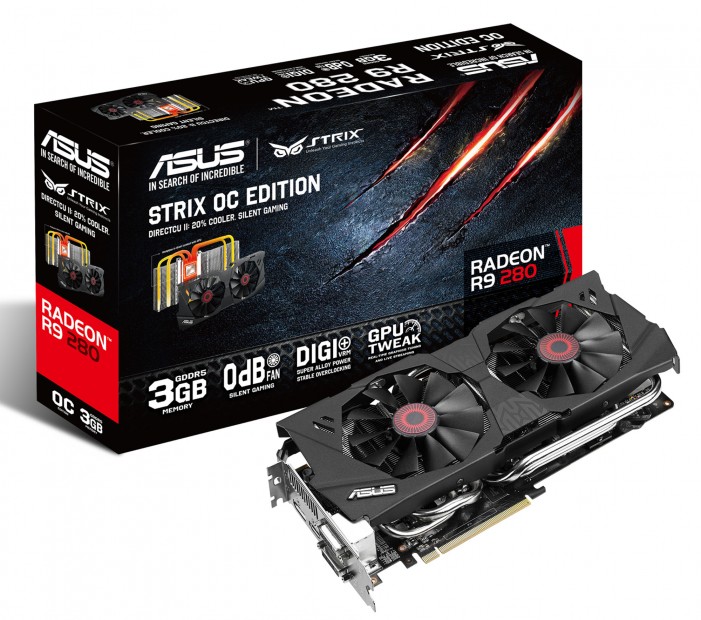 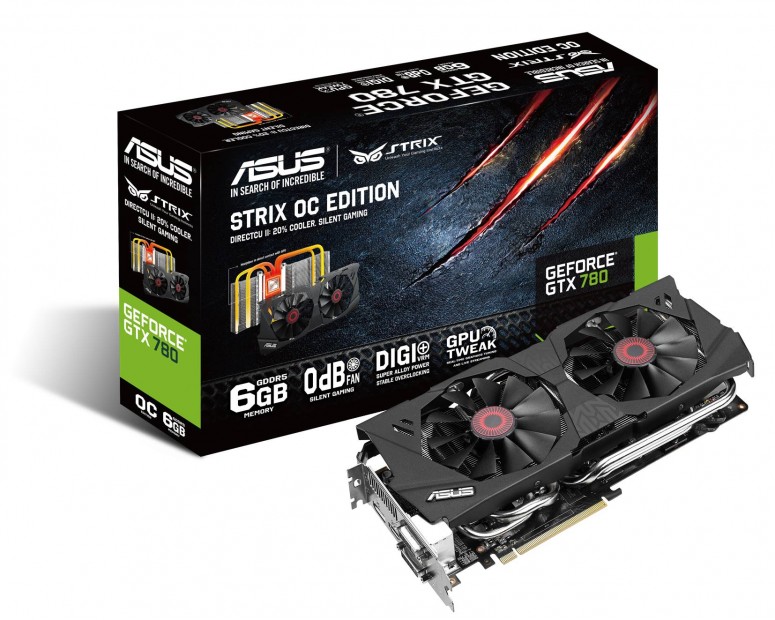 Taipei, Taiwan (21st May, 2014) — ASUS today announced Strix R9 280 and Strix GTX 780, two new graphics cards powered the RadeonTM R9 280 and GeForce® GTXTM 780 graphics-processing units (GPUs) and designed for players who like to game on the edge of instinct.

Taken from the ancient Roman and Greek word for owl, Strix is the brand name for the stunning new ASUS gaming-gear series. Strix means the keenest hearing and sharpest eyesight and the ability to feel the environment, enabling the player to detect and react to even the slightest movement. Strix means survival on the very edge of instinct. Strix is in gamers’ blood, just as it is in ours.

The Strix brand will this year expand to include a wide variety of gaming gear, including exceptionally-agile mice, super-cool gaming graphics cards, boundary-pushing keyboards and awesome gaming headsets. The first products are these graphics cards and the Strix Pro gaming headset.

The new Strix R9 280 and Strix GTX 780 graphics cards are packed with exclusive ASUS technologies, including DirectCU II that delivers cooler, quieter and faster performance for high-end action gaming and 0dB-cooling technology for lighter-gameplay sessions in total silence. The cards also feature exclusive ASUS DIGI+ voltage-regulation modules (VRMs) for superb efficiency and stability, and GPU Tweak for overclocking and online streaming that’s as simple as it is flexible.

Strix R9 280 is fitted with 3GB of high-speed GDDR5 video memory and races along up to 980MHz, and Strix GTX 780 benefits from a boosted clock speed of 941MHz supported by 6GB of GDDR5 memory.

Strix R9 280 and Strix GTX 780 introduce an all-new and exclusive fan design that allows gamers to enjoy some of the latest games titles in absolute silent from their graphics card. When playing at high-definition (HD) resolutions of up to 1920 x 1080 pixels, and in environmental temperatures of up to 65°C, the new Strix graphics automatically stop their fans — allowing gamers to play in absolute (0dB) silence.< br/>
Strix R9 280 and Strix GTX 780 are also equipped with exclusive DirectCU II thermal technology. This innovative design puts highly-conductive 10mm copper cooling pipes in direct contact with a card’s GPU, so heat is dissipated quickly and with extreme efficiency. The new cards also benefit from a heat-sink that delivers a heat-dissipation area that’s 220% larger than reference, allowing Strix R9 280 and Strix GTX 780 to perform 20% cooler and run three-times (3X) quieter than reference for ultra-stable hardcore gaming with very low noise.
The 6GB Strix GTX 780 card powers some of the latest games much faster than reference. Deep Silver’s Metro: Last Night runs 7.9% quicker than reference, while Battlefield 4™ flies ahead at 15% faster.

Strix R9 280 and Strix GTX 780 both include DIGI+ VRM technology, an ASUS-exclusive 10-phase power design that reduces power noise by 30% and enhances energy efficiency by 15%, compared to reference designs.
DIGI+ VRM also widens voltage-modulation tolerance and improves overall stability and longevity by two-and-a-half times (2.5X) above reference. DIGI+ VRM is built with extremely hard-wearing polymerized organic-semiconductor capacitors (POSCAPs) — so these are graphics cards that are designed to last.

The new Strix cards come with GPU Tweak, an exclusive ASUS that enables users to squeeze the very best performance from the new graphics cards. These include the ability to control finely GPU speeds, voltages and video-memory clock speeds in real time — so overclocking is both easy and can be carried out with high confidence.
GPU Tweak also includes a streaming tool that lets users share on-screen action over the internet in real time, meaning others can watch live as games are played. It’s even possible to add a title to the streaming window along with scrolling text, pictures and webcam images.

Specifications, content and product availability are all subject to change without notice and may differ from country to country. Actual performance may vary depending on applications, usage, environment and other factors.
Full specifications are available at www.asus.com 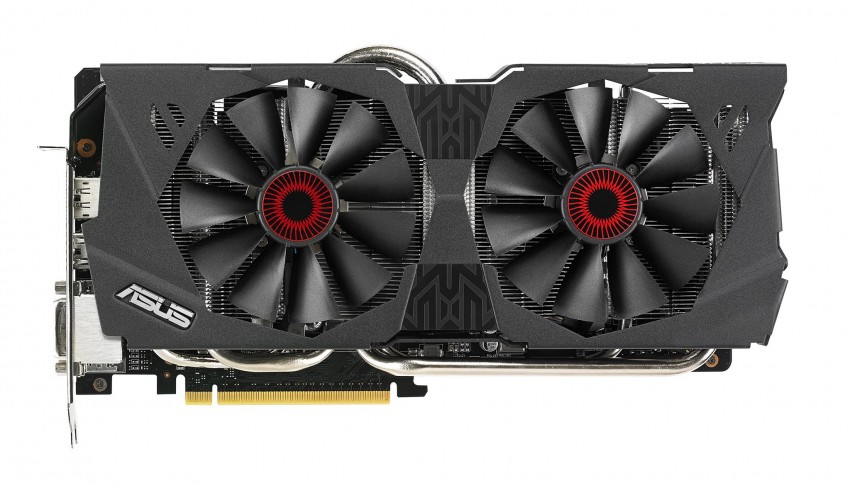 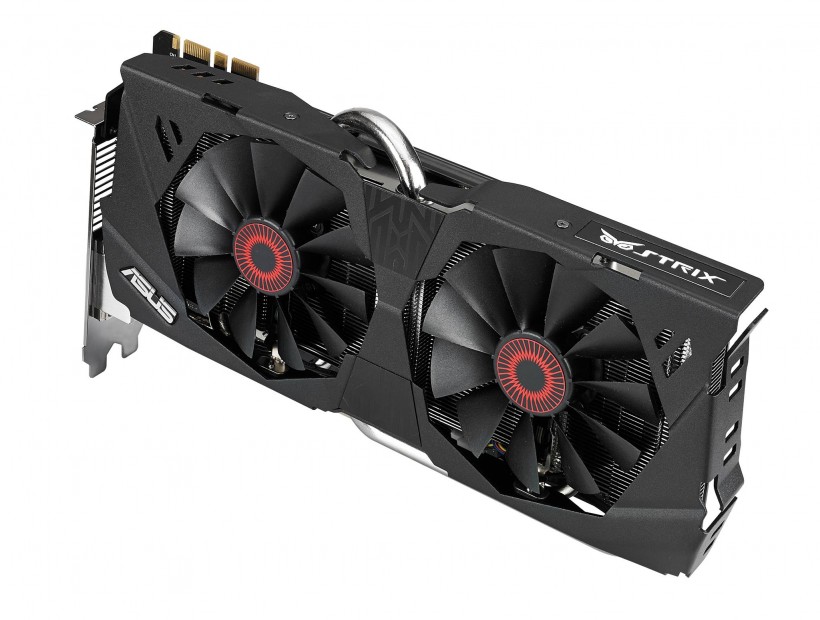 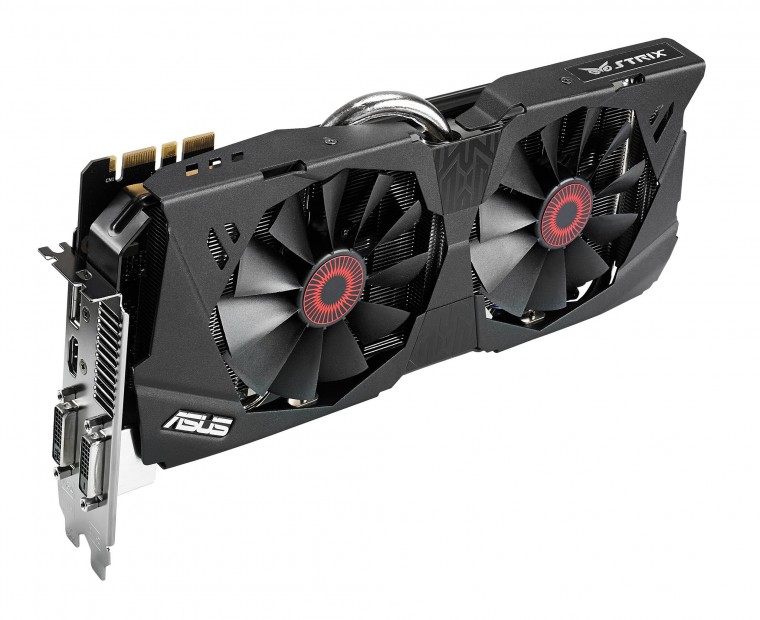