I have recently had a very interesting conversation with one of the add-in-board partners of AMD. They told me that Radeon R9 290X will soon be replaced with a new graphics card. Graphics card that would take the performance crown back from GTX 780 TI.

If you remember Radeon HD 7970 GHz Edition, then you probably know where this is heading. There are basically two options, yet another Hawaii variant, or brand new GPU. It’s worth noting that there are some traces of a new GPU called Iceland. Could it be the new high performance heart of new flagship?

We have our own theories about this card. It’s not even a year since R9 290X was announced, so it’s highly unlikely we are expecting R9 300 series this soon. The easiest, and probably the most logical approach, would be to launch R9 295X (note the missing 2). Although the new naming nomenclature is not among our favorites, it has some room for adaptation and AMD can always add an extra ‘5’ if needed. Of course this happened already, AMD launched first 2×5 graphics cards few months ago, including 235, 255, 265, 275M and the latest addition R9 295X2. That said, it is possible AMD will simply launch R9 295X, instead of whole new series (R9 390X).

Just when I was preparing my post, a very interesting slides were posted at OCN. Despite the fact that these slides are few months old, I don’t remember seeing them posted anywhere yet.

AMD’s Volcanic Islands Refresh will allegedly utilize first generation of HBM, and what exactly is HBM? High Bandwidth Memory is a new approach in die stacking, improving the bandwidth of memory chips, and dramatically reducing power consumption at the same time.

Let’s skip the details, which you can find in the source, and focus on basic specs. There are few variants of HBM memory (2Hi, 4Hi and 8Hi). The first variant to launch soon is 4Hi, which has a bandwidth of 128 GBps and four layers of DRAMs. Each module has 1GB of memory, so if you had 4 of them, then your bandwidth would be 512 GB/s.

The poster also revealed the whole roadmap of future AMD GPUs. We have absolutely no way of verifying this, but we can confirm that these codenames actually do exist.

As you can see, the Island GPU is on this list as well. This GPU was leaked few weeks ago. It is probably the first processor to introduce Volcanic Islands 2.0 architecture, but is this also the first GPU to feature High Bandwidth Memory? We will know in few months. 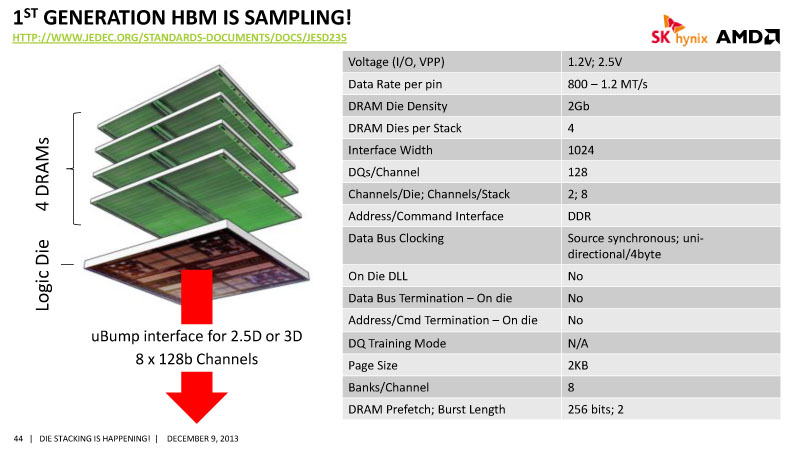 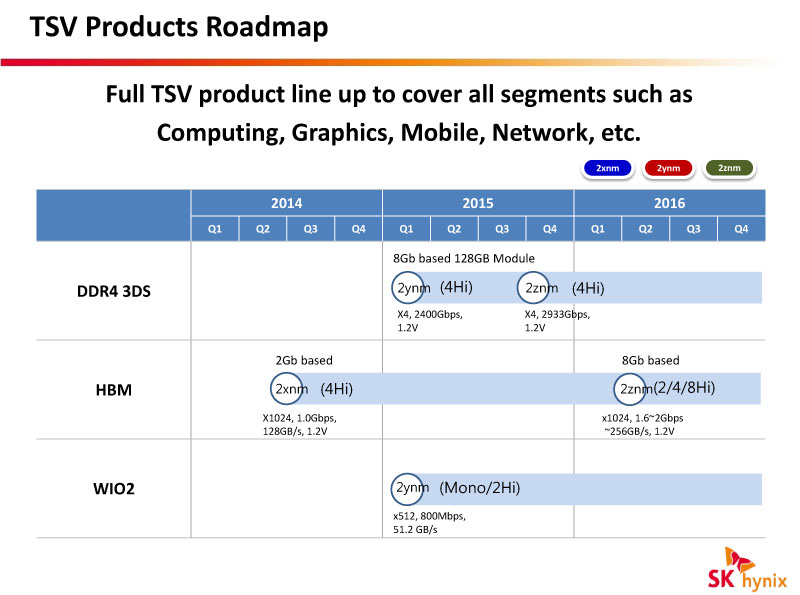 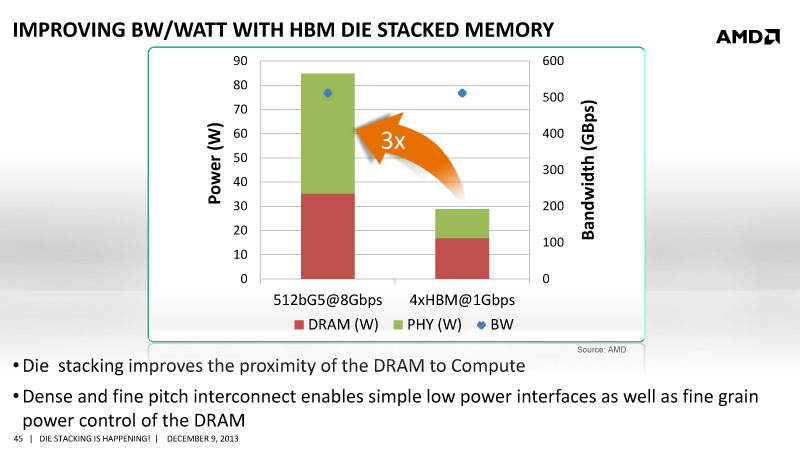