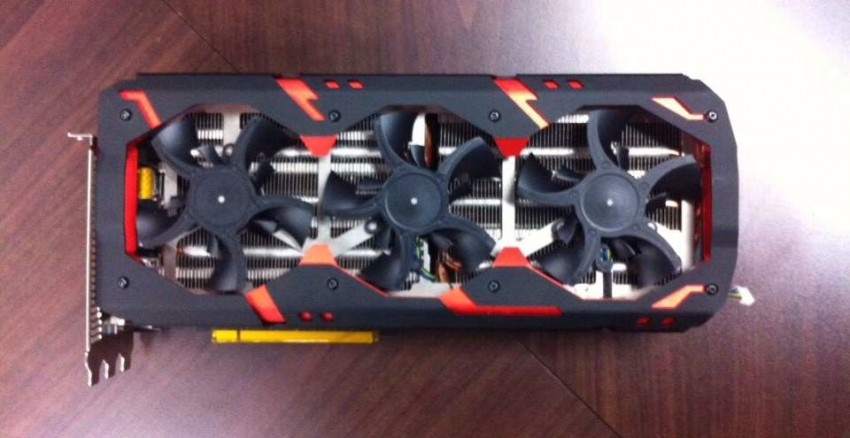 Two days ago we wrote about a teaser from PowerColor about their new card. It seems that we finally know what is PowerColor preparing — the most powerful Radeon R9 295X2 on the market.

Is this the first ever card to require four 8pin power connectors? The amount of power that can be delivered through them is absolutely insane. Of course this will affect two things, the overclocking capabilities and … your wallet, when it comes to paying for the power.

PowerColor’s R9 295X2 is triple-slot design, but it also has a backplate, so it’s even thicker. There are three fans, each of the same diameter (100mm?).

Radeon R9 295X2 Devil13 features two Hawaii XT GPUs with a total of 5760 Stream Processors. Each GPU has it’s own 4GB GDDR5 memory and 512-bit interface. At this point we have no information about the clock speeds, but I would be surprised if this card is not factory-overclocked.

Whether you like it or not, you are probably looking at the fastest graphics card on the planet.

Is Inno3d GTX TITAN-Z with custom HerculeZ cooler going to beat it? Let’s wait few more days, as both cards should be released this month. 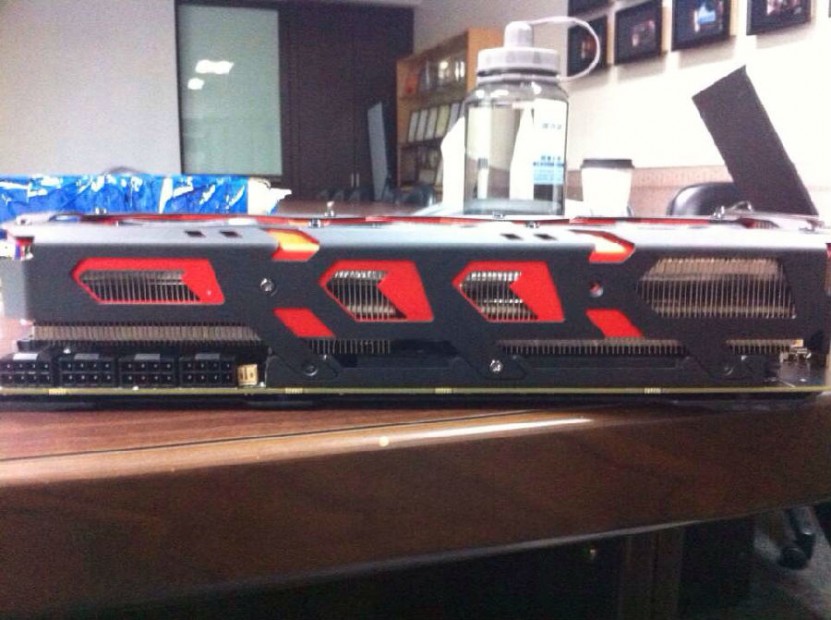 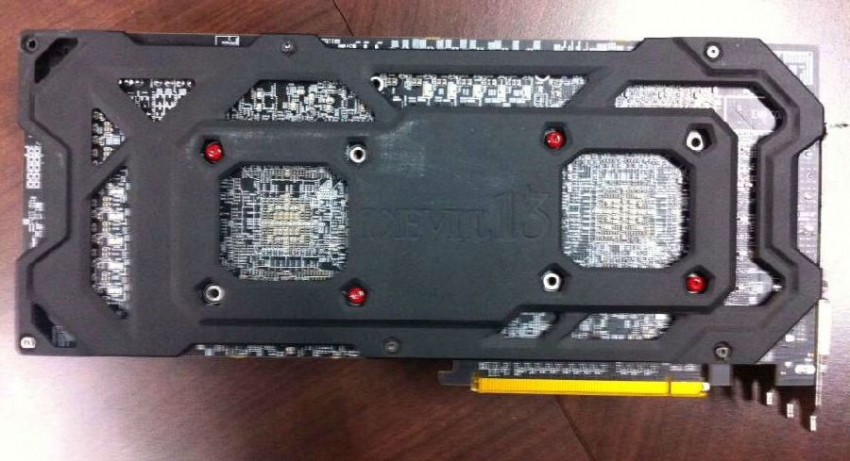 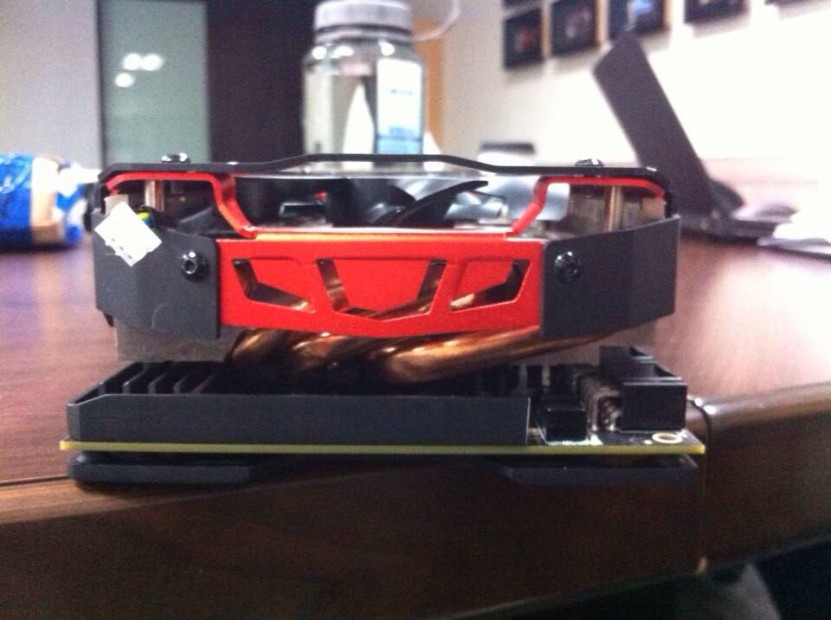