Update: Card is currently expected to launch on May 8th.

Some Chinese retailers didn’t really pay attention to the latest NVIDIA’s NDA for GeForce GTX TITAN Z. Even ASUS forgot to change the publishing date for its press release. Apart from that we still have no official word of why was the card postponed.

Yesterday’s press release from ASUS unveiled what’s believed to be the final clock speeds of TITAN Z. According to it card is clocked at 705/876 MHz, which makes us wonder why there’s 170 MHz variation between the base and boost state. That’s a lot.

The base clock of 705 MHz gives us theoretical maximum single-precision computing performance of 8.1 TFLOPS and a double-precision of 2.3 TFLOPS. It is also confirmed that TITAN Z will have 7 GHz memory modules. That said it will deliver 672 GB/s of bandwidth.

The leaked presentation confirmed total draw power of the new board. GTX TITAN Z will consume up to 375W. What is worth to mention is that cooling system is capable of handling 450W, so there’s still a lot of room for better clocks. NVIDIA probably decided to lower the clocks to maintain very low noise levels. In fact, Galaxy press dock shows exactly the same numbers as TITAN BLACK (36 dBA and 83 C). 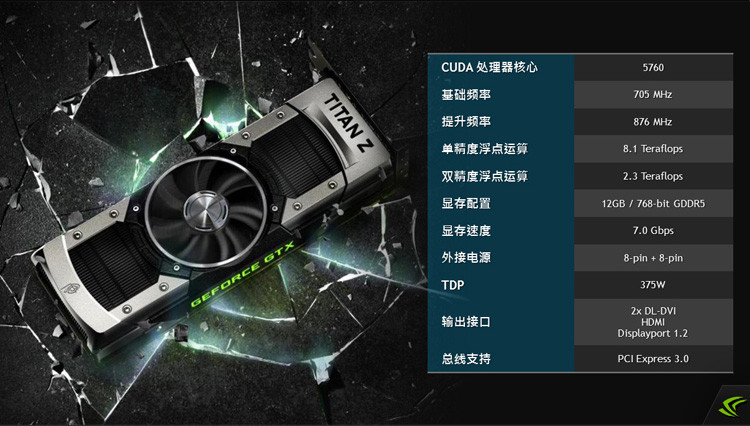 With Ultra HD resolution (3840×2160) GeForce GTX TITAN Z will deliver more than 40 fps in the most popular games, including AMD Gaming Evolved titles. Of course this chart does not tell us anything about the settings, but at least we know where NVIDIA is heading with this card.

The other chart compares TITAN Z to TITAN BLACK. According to this data TITAN Z would be 60% faster than TITAN BLACK. Of course it does not mention GTX 780 TI there, which delivers very similar performance to TITAN BLACK. Till now there are no 6GB GTX 780 TI models, so early adopters of Ultra HD displays have very few options. That’s including R9 295X2 or TITAN BLACK.

So is it worth to spend $3000 on a gaming card? Absolutely not, but if you are really desperate for the highest possible framerate, then maybe two R9 295X2 would be the best configuration for you, and yes, that’s also $3000.

NVIDIA still did not confirm the launch date of TITAN Z. 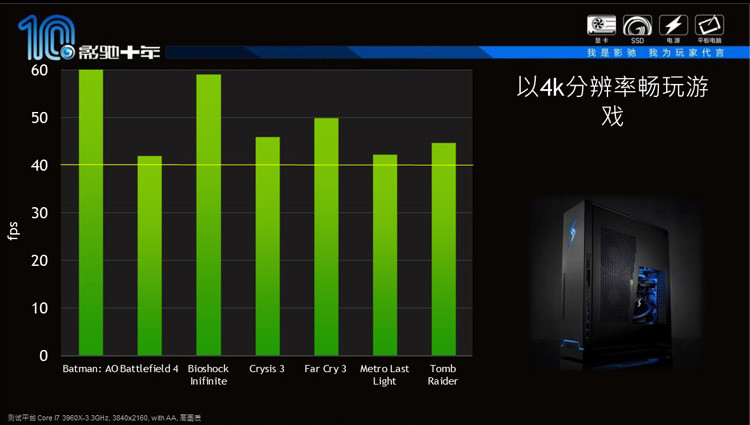 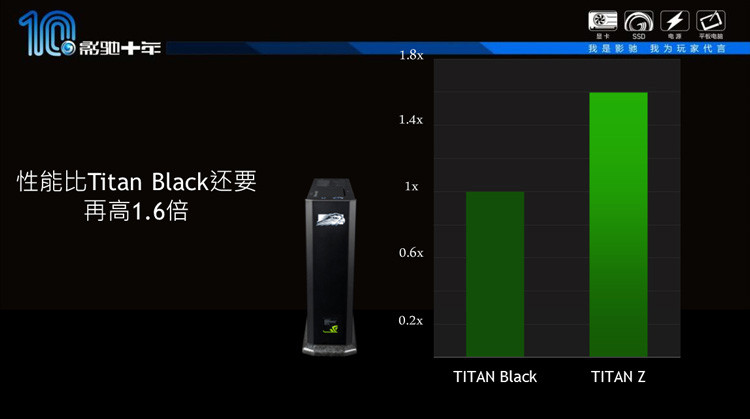 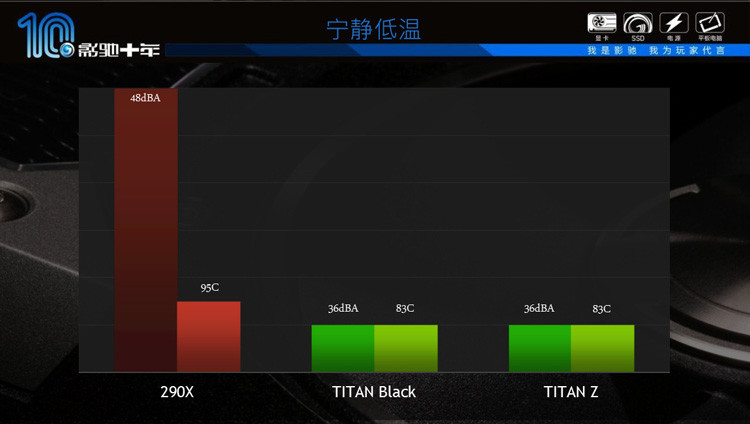 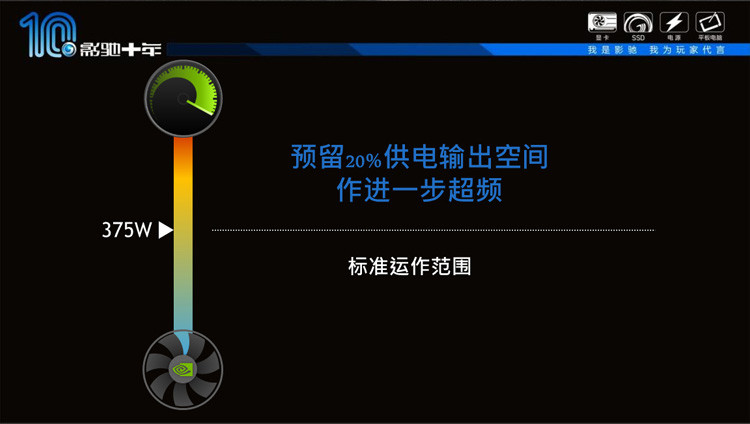 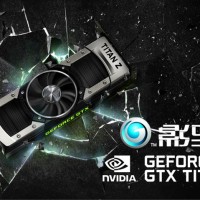 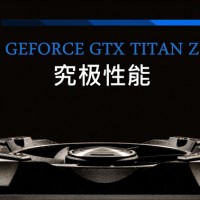 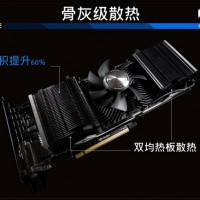 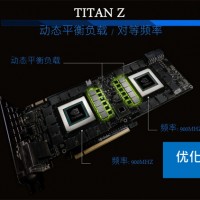 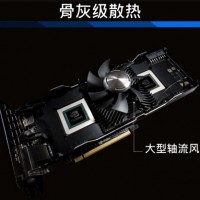 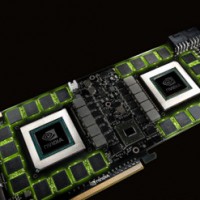 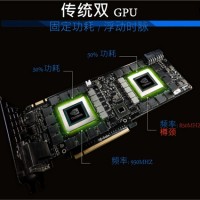 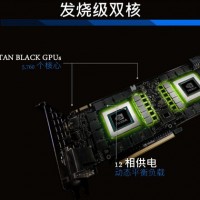 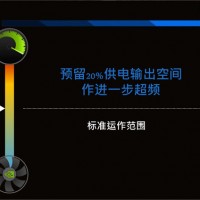 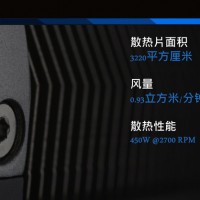