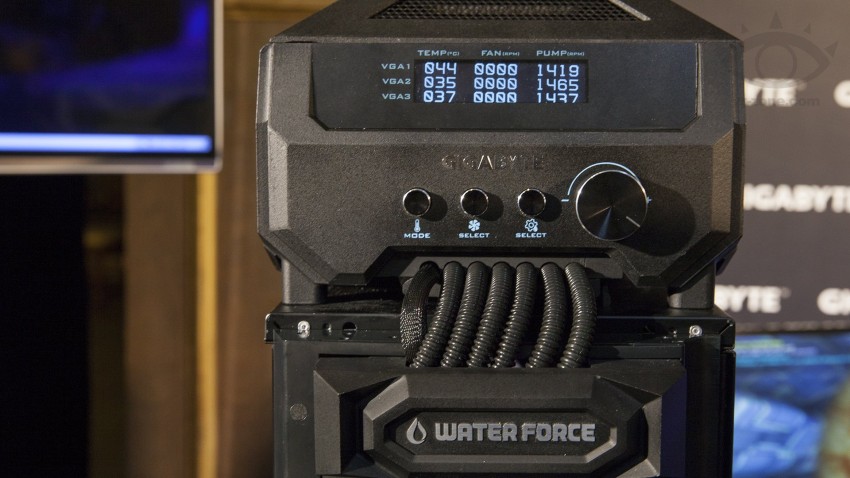 During Tech Tour 2014 guys over at VR-Zone spotted a very interesting piece of hardware made by Gigabyte.

Gigabyte Water Force, as the name suggests, is a water-cooling system partially mounted outside the case. Water Force comes with three GeForce GTX 780 Ti graphics cards in one package, so it’s not only a cooling system, but complete graphics computing solution with some neat features.

The front panel gives you full access to the control over temperature, fan and pump speeds.  Judging from the picture it should be possible to use either air- or water-cooling based on selected mode. It seems that the device installed on the case is just a radiator, while the pump is mounted inside 5.25 inch bay.

Gigabyte did not reveal any further details. We don’t know if this is just a prototype, or a final product. In fact we don’t even know if Water Force will be available with graphics cards other than GTX 780 Ti. There is a good chance the whole system will cost less than single TITAN Z though. 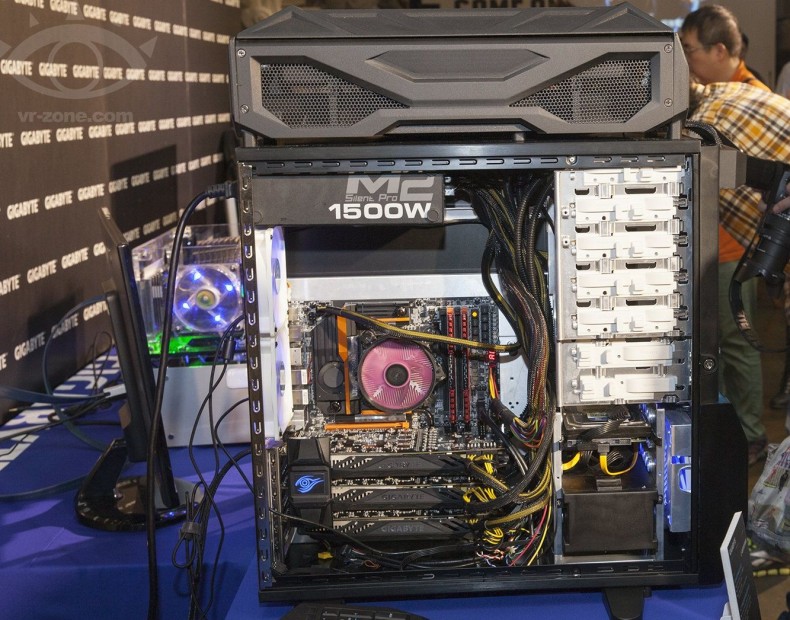