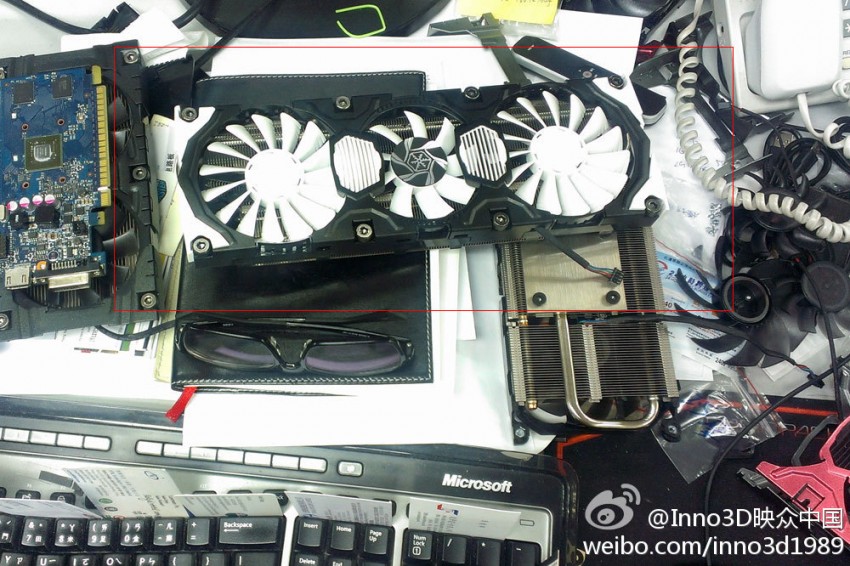 In case you just sold your kidney, there’s a new card being prepared by Inno3D, which you might be able to buy soon for reasonable 3000 dollars.


Everyone knows that TITAN Z is extraordinary card, price and performance wise. Because we do not expect it to find many owners, it is not surprising, that NVIDIA gave a ‘green light’ to its partners to make custom cooling solution specifically for dual-GPU GeForce model(s).

Inno3D finally made a card that would nicely fit into my white case. This triple-fan cooling solution is made in black and white color scheme. This is the newest installment of HerculeZ 3X cooler, which has 2 larger fans over the GPUs and a smaller one in the middle. There’s at least 6 heat pipes connected to the large aluminum fin array. Right next to that we can probably see GTX 750 (?) PCB, so we have a visual comparison of how long this card will be.

It’s going to be very interesting to see how this card with 5760 CUDA Cores and 12GB of GDDR5 memory compares to liquid-cooled Radeon R9 295X2. AMD decided to use liquid cooling to maintain high clock speeds, whereas NVIDIA usually makes its dual-GPU graphics cards running at lower clocks than corresponding single-GPU models. Is this going to be enough? In few days everything should be clear.

Without a doubt TITAN Z, which features two GK110 processors, will be the fastest GeForce graphics card in NVIDIA has ever made. It is expected to be released on April 29th. 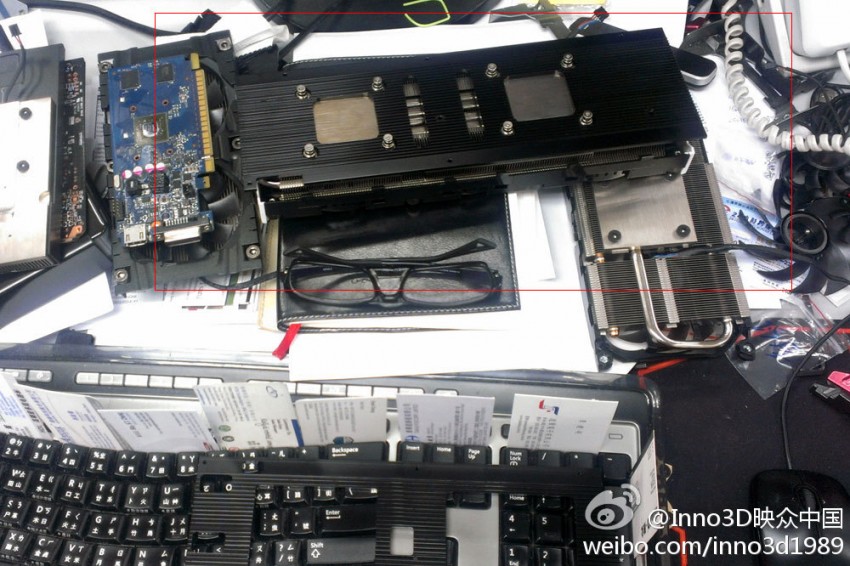 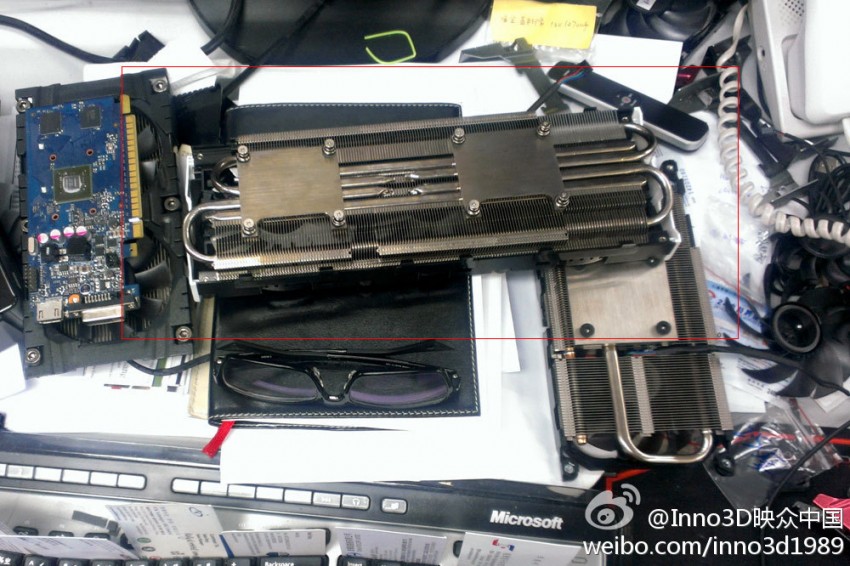