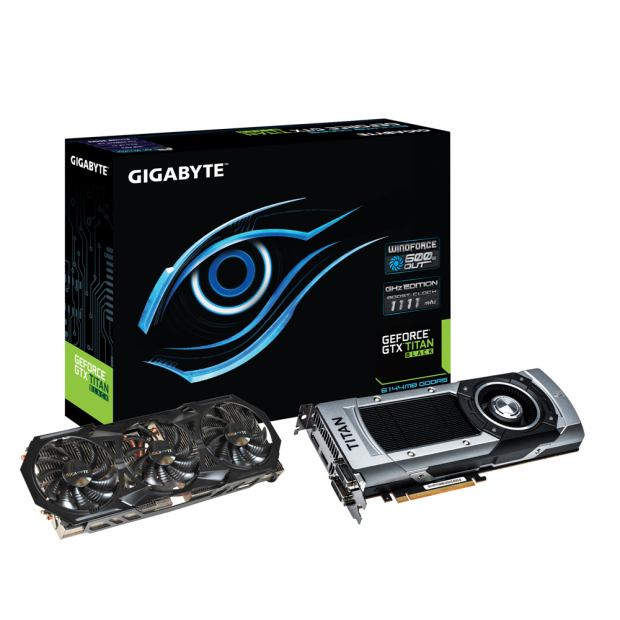 Gigabyte has just released its graphics card bundle: a GeForce GTX TITAN BLACK, which is shipping with two cooling solutions.

Due to NVIDIA’s restrictions Gigabyte cannot make a custom GTX TITAN BLACK, that includes models with non-reference cooling solutions. There are only two ways around this restriction, either by launching a product with water block or with secondary cooler in the box, which has to be installed by the owner himself.

I happen to own a card with WindForce 3X 450W cooling system, so I immediately noticed that this bundle has a new version included. WinForce 3X 600W looks slightly better than 450W. Aside from minimalistic cooler shroud redesign, there’s a new small heat sink in-between the two larger ones.

Gigabyte GeForce GTX TITAN BLACK GHz Edition is clocked at 1006/1111 MHz. The memory clock remains untouched at 1750 MHz. Since it is TITAN BLACK we are talking here about, there’s 6GB GDDR5 memory on board.

This bundle is already available in some stores, you can find it for €910. 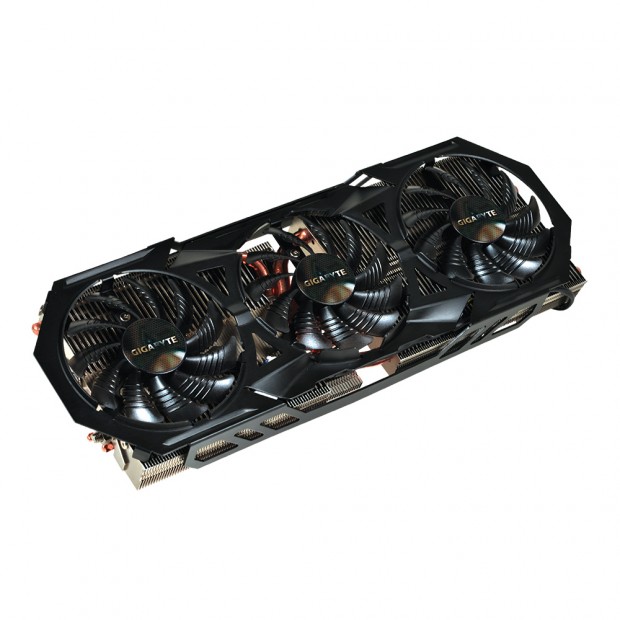