Today we are going to look closer at the latest Radeon in AMD R9 series lineup.

According to AMD, AIB partner’s cards may be slightly different than reference model you are going to see. In fact I noticed that there is major change between the samples. There is a missing fan grill on some, and sometimes the Radeon logo is positioned vertically or horizontally. I think you can simply remove it or place it the way you want it.

First up, let’s see the PCB. Radeon R9 295X2 is a very long card (30.5 cm). The board packs two Hawaii-GPUs with its own 5+1 phase power sections. You can easily spot the PLX chip responsible for on-board Cross-Fire link. Of course Radeon R9 295X2 will support 4-way CrossFire over XDMA CrossFire link with two cards connected to each other.

Next picture shows both the card and its radiator. Radeon R9 295X2 is a pure two-slot design. You should be able to easily put two cards right next to each other. One more thing to mention, the cables running along the rubber tubes have been gently hidden on this picture. 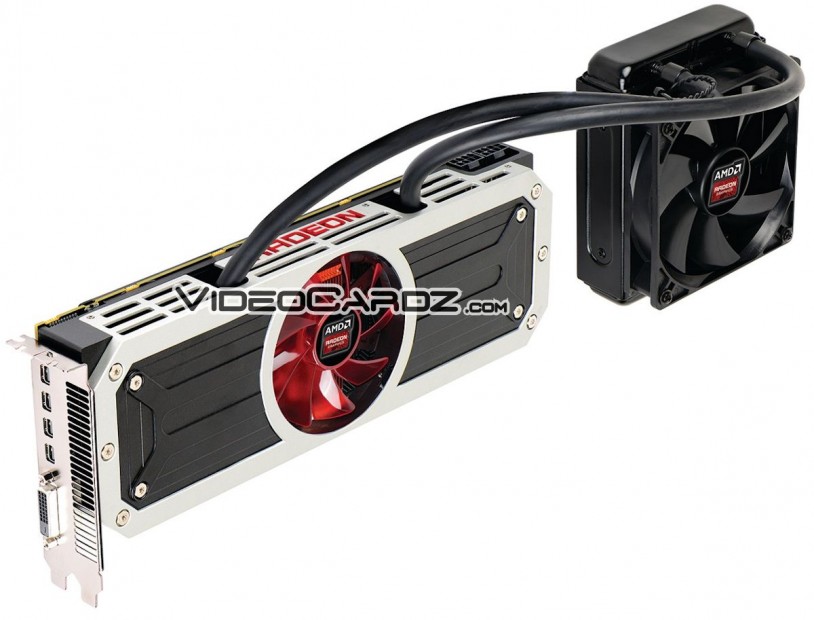 Next up, we have a better look at the heat-sinks over each GPU. You can also notice fan grill I’ve already mentioned. The middle fan is taking care of VRM and memory cooling, while the liquid loop’s job is to cool down the GPUs.

Similarly to Radeon HD 6990 and HD 7990/8990 the R9 295X2 comes with a five display outputs: four mini-DisplayPorts and one DVI. Previous generations of dual-GPU Radeon cards had DVI-I output, while the 295X2 only offers DVI-D (digital only). 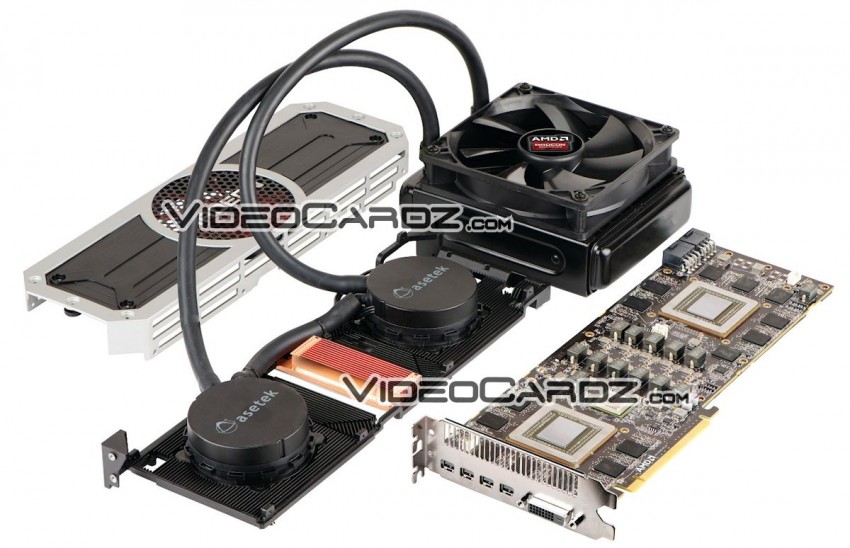