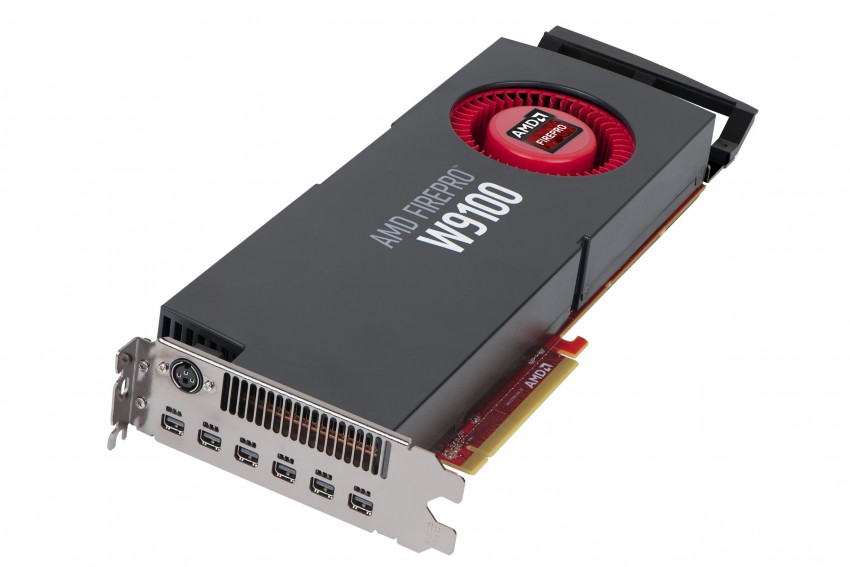 AMD FirePro W9100 most liekly features full Hawaii GPU (specs are not yet confirmed). What is known for sure is that it is equipped with 16GB memory. This is the first 2.67 TeraFlops double-precision graphics card. It has a performance of 5.7 TeraFlops performance in single precision. New FirePro GPU is a direct competitor to Quadro K5000.

AMD W9100 is equipped with six mini-DisplayPorts. Card was designed for multiple 4k resolutions (all outputs support such resolution).

Sorry for the quality of the screengrabs (thank AMD for poor quality streaming). 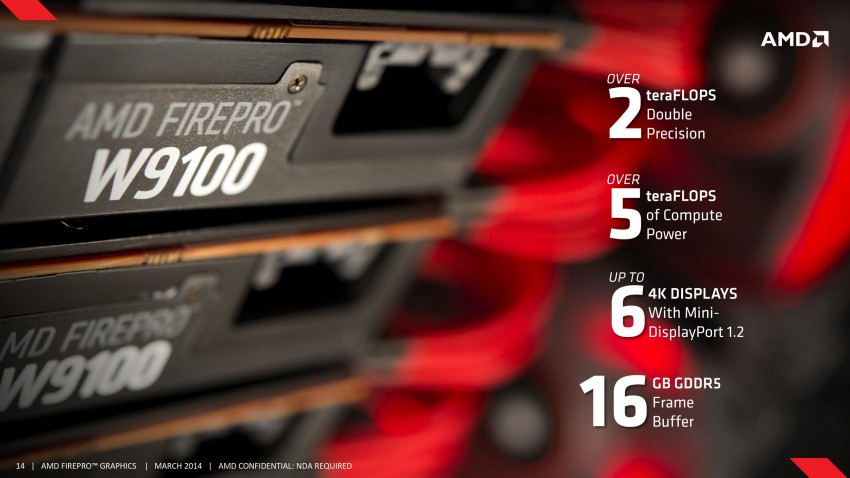 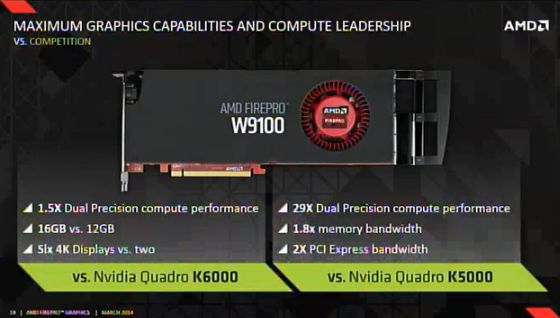 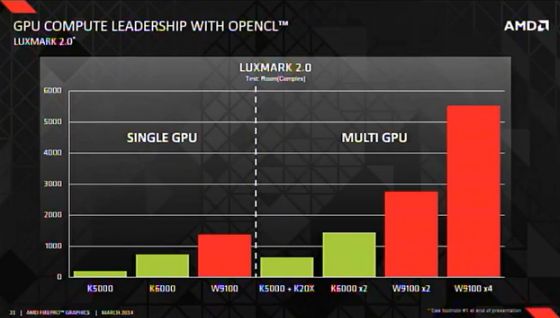 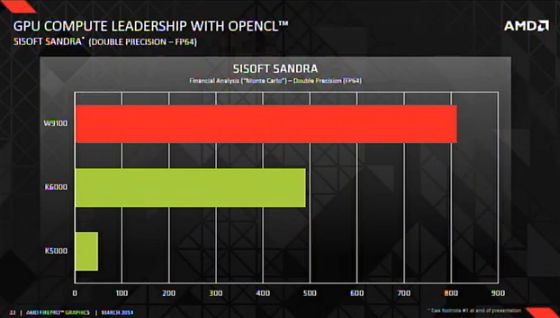