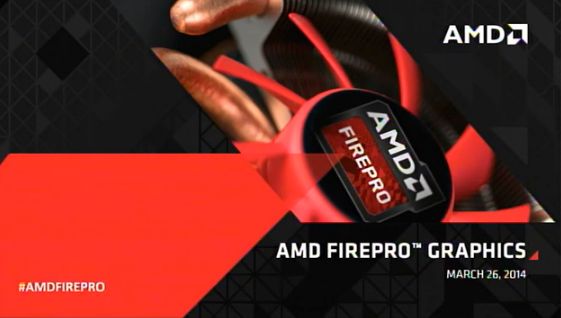 Don’t forget that in one hour AMD is about to unveil its first Hawaii-based professional graphics card (and maybe something more).

Unfortunately for unknown technical reasons, AMD made it impossible to embed the live stream to 3rd party sites. For that reason you need to follow the link below and input few some details about yourself (be advised Batman is already taken).

It’s no secret that AMD will announce its Hawaii-based FirePro video card. This has been some-what confirmed by few leaks and AMD FirePro twitter account, where they ask questions like: “How much memory can a 512-bit memory bus support?”. It doesn’t take a genius to figure out which recently released GPU has 512-bit interface.

Other possibility, is a direct competitor to GTX TITAN Z. Currently AMD has nothing to offer in professional segment with two GPUs that could even think about competing with this card. A dual-GPU FirePro would make perfect sense.