Do you remember when I told you that GTX 780 Ti will in fact be available in 6GB variants? It was even before it was released. Later we learned that NVIDIA was not planning such models at the time, instead the company was quietly working on a new TITAN Black.

Well, guess what, guys over at NVIDIA HQ felt really unconformable with the recent news from Sapphire. Sapphire is preparing its 8GB models of R9 290X, which would outperform any 780 Ti in terms of available memory. That said they returned to their original plans and they will launch 6GB models. Okay, maybe not NVIDIA itself, but it’s AIB partner — EVGA.

It’s not only GTX 780 TI getting more memory, but also GTX 780. I don’t think people were still expecting GTX 780 with 6GB as EVGA Representative clearly said it’s not going to happen few weeks ago.

This is what you can find on EVGA website right now.

Double your memory with the EVGA GeForce GTX 780 6GB Graphics Card with the EVGA Step-Up Program! That’s right! EVGA’s GeForce GTX 780 6GB is coming soon. This graphics card will be available for EVGA’s legendary Step-Up program! You can trade up your current EVGA Graphics Card (if purchased within the last 90 days from the day we start the Step-Up) and get a brand New EVGA GeForce GTX 780 6GB graphics card. EVGA Step-Up Terms and Conditions apply (see details here). Make sure you are logged into your EVGA account and sign up below to be notified when the Step-Up starts to secure your place in queue.

EVGA Rep also confirmed that there are no GTX 780 (Ti) with original blower type coolers planned. The standard GTX 780 is probably going to cost around $549.99 (roughly $50 more than 3GB models).

EVGA is also planning GTX 780 Ti Kingpin Edition with 6GB memory, but of course it is going to cost a lot.

GeForce GTX 780 with 6GB memory will be available in ‘few weeks’, while GTX 780 Tis are scheduled for May/June.

By the way, we already wrote about GTX 780 6GB model, but of course everyone said it’s fake, well.. surprise! 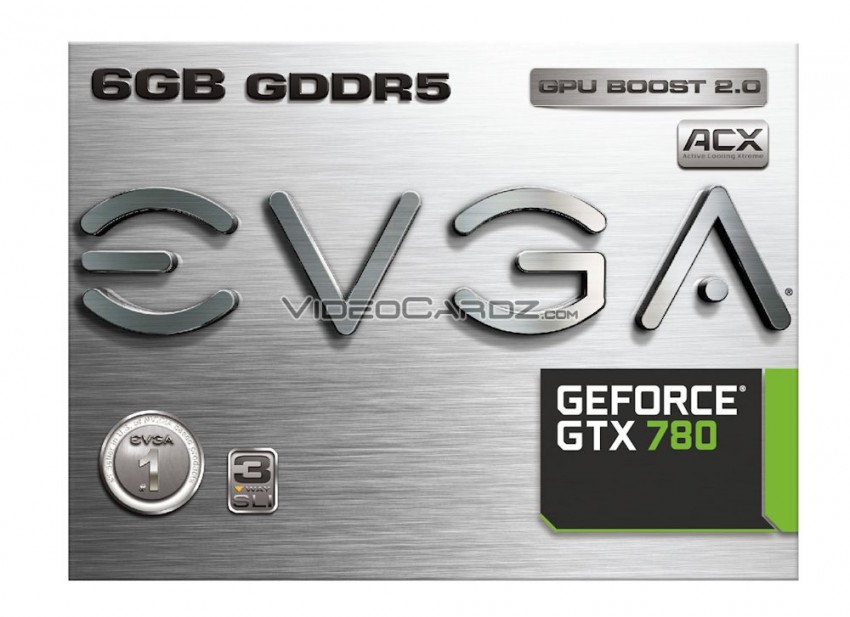 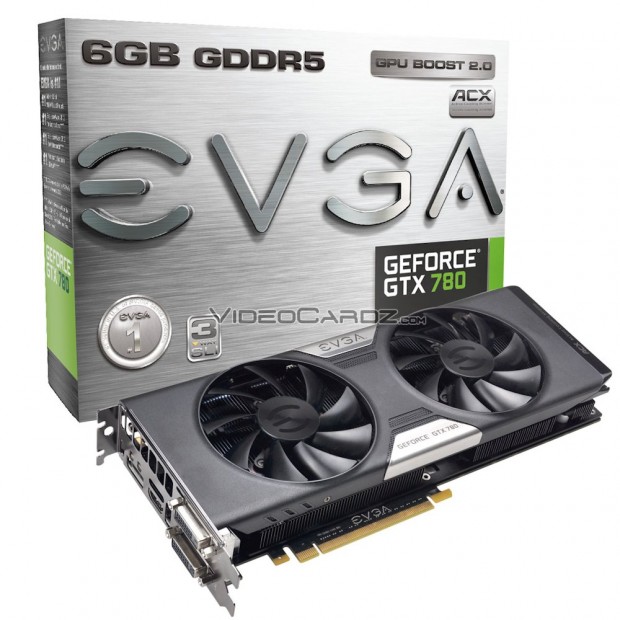