AMD has unofficially confirmed that on March 26th a new FirePro graphics cards will be released.

It looks like someone made a huge mistake (we love mistakes) and the information has been immediately corrected, so it doesn’t say anything about Hawaii GPU right now, however we managed to take a screen shot of this information before it was taken down.

More detailed site revealed that the event will take place Wednesday, March 26, 2014 9:15 a.m. PT. The fact that AMD is preparing a webcast of this event does generate a lot of speculation, as it doesn’t happen very often. The last webcasted event took place in September, where AMD revealed it’s Radeon based Hawaii video card. This time AMD may actually release both FirePro and its dual-GPU Radeon, but so far we have not managed to confirm this. 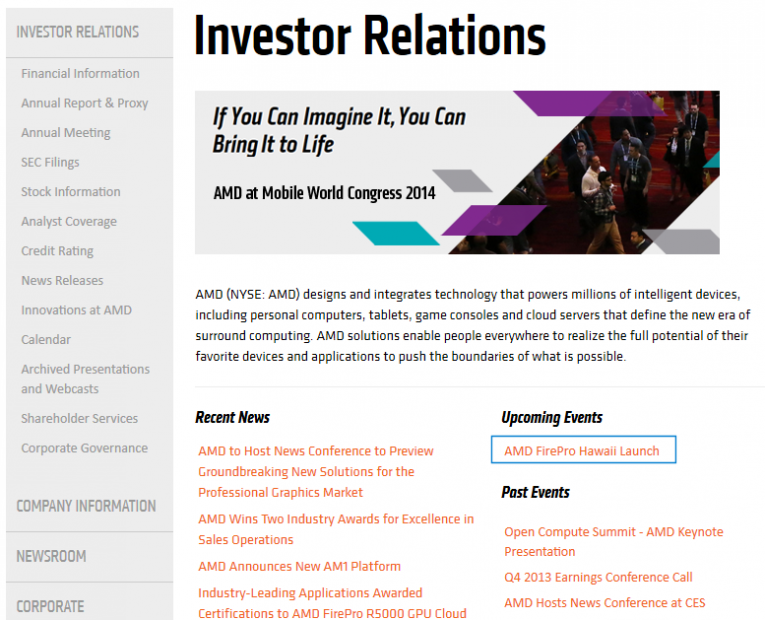