GeForce Experience will support ShadowPlay and GameStream on notebooks

According to our leaked information this is about to change as NVIDIA is going to add the support for ShadowPlay and GameStream with GeForce 800M series. That said anyone with a proper mobile hardware will be able to record his gameplay  and stream it directly to online services like Twitch. Soon to be released GeForce GTX 800M series will be more than enough to allow background video saving. Let me also remind you that Maxwell GPU introduced improved video compression, so whether you are going to buy Kepler or Maxwell based GPU, you should still receive acceptable framerate.

What is Battery Boost?

Now few words about NVIDIA Battery Boost. It looks like Battery Boost is nothing else than FPS limiter. The new slide reveals that user will be able to set ‘acceptable’ framerate for his gameplay. Battery Boost will automatically limit the framerate saving GPU horsepower for longer battery life. I’m not exactly sure who likes playing at 30 FPS, but if you’re desperate enough to enjoy such gameplay, then this technology is made for you. 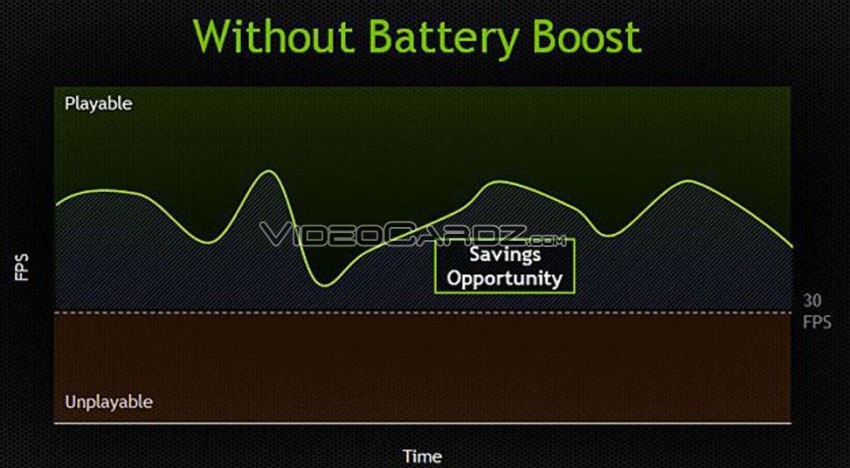 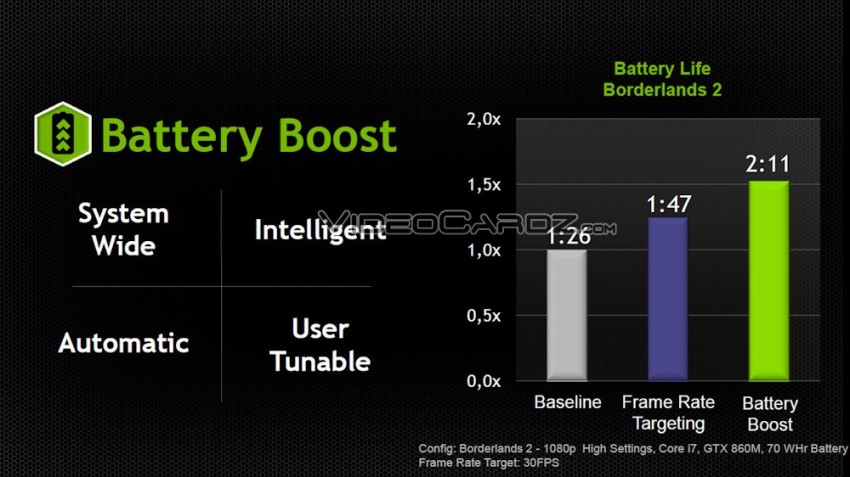 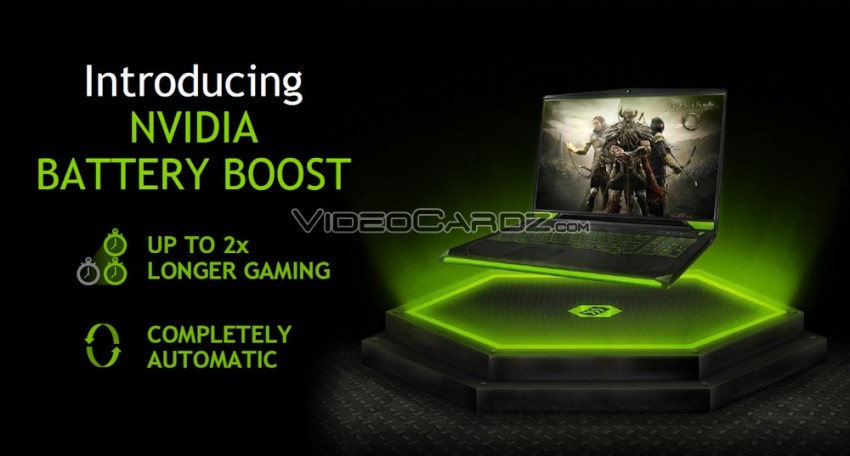