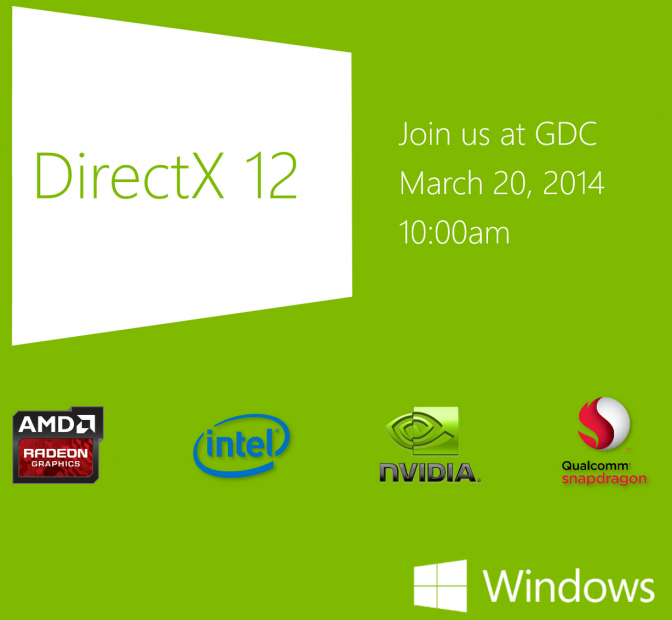 In two weeks we should learn more about the new API, as Microsoft has just ‘announced’ on MSDN blog that DirectX 12 will be showcase at GDC 2014. The logos used on that page suggest that the company has been working with AMD, Intel, NVIDIA and Qualcomm. This basically means that we should see DirectX 12 support across discrete graphics, integrated graphics and mobile graphics.

DirectX 12 is supposedly going to limit CPU overhead and increase hardware control similarly to Mantle. Of course there’s nothing confirmed yet, and there’s probably much more happening behind the curtain.

Personally I think the most interesting part right now is that Qualcomm has taken part in the development of the new API. This could bring more advanced graphics to ARM-based devices.