Recent days weren’t really interesting for GPU industry. NVIDIA launched its Maxwell architecture and totally overpriced TITAN BLACK. On the other side, we have AMD partners quietly working on new products. One of them is the upcoming Sapphire’s 290X VAPOR-X, which I’m going to say looks pretty damn good.

When Sapphire launched it’s R9 290 Tri-OC series I was quite disappointed. The cooler looks cheap, something like Lighting cooler for the masses, but at least it was a good performer. The good news is that guys over at Sapphire HQ decided to revive its VAPOR-X series with a totally new product. Of course they did the same thing as they did with HD 7000 series, they doubled the memory size, meaning we have a total of 8GB of GDDR5 memory on board. You have to agree it looks amazing compared to 780 Ti 3GB’s, but do we really need it?

Sapphire could at least mount more display outputs. Instead we have the same configuration as Tri-OC: two DVI’s, HDMI and DisplayPort.

Of course it wouldn’t be a VAPOR-X card without a backplate, but it’s not only for your visual pleasure. Backplates are usually used to cool down dual-sided memory modules, which this model has.

The detailed specs remain unknown, so is the price and launch date. I will do my best to update you as soon as I find more information. 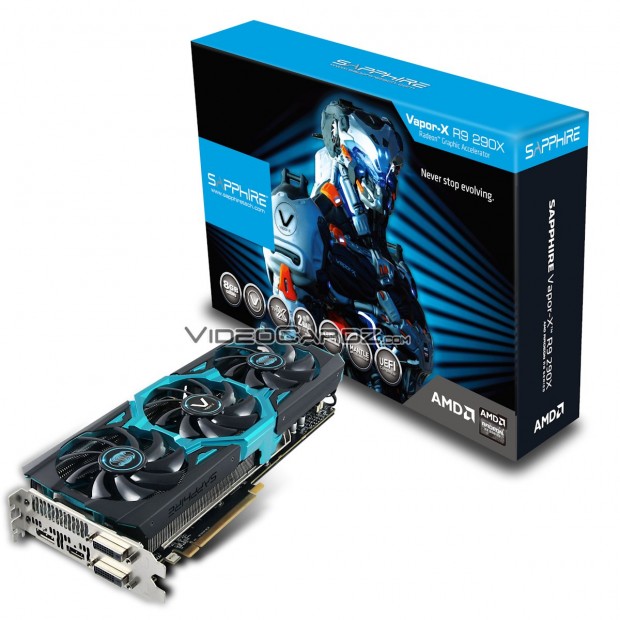 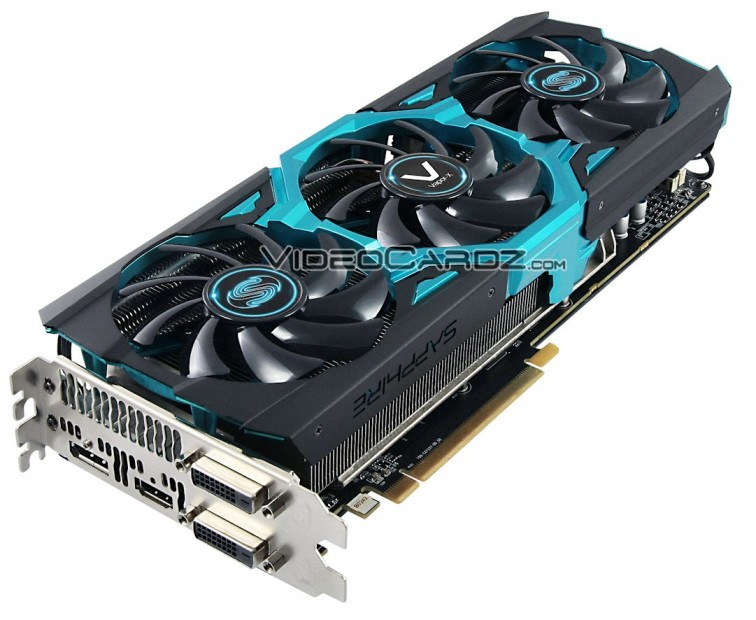