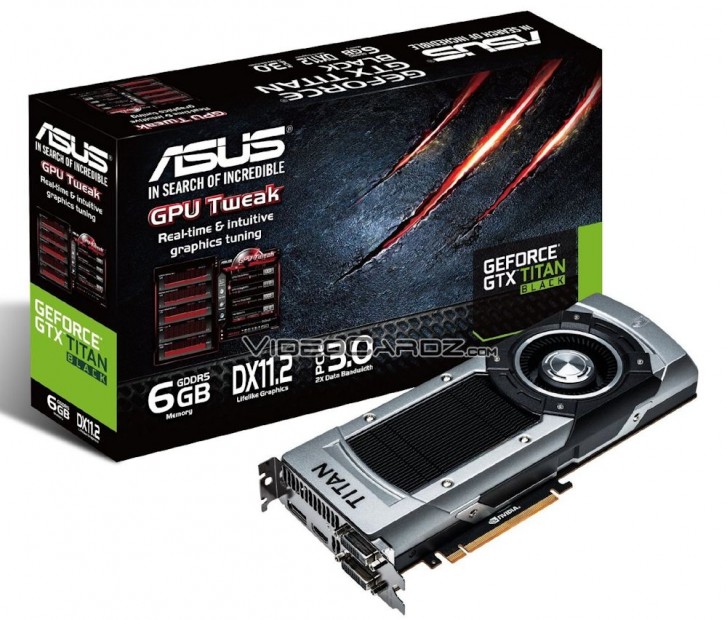 Well as you can see TITAN BLACK will not be available with aftermarket coolers anytime soon. I have seen few TITAN Blacks, but none of them had it.

ASUS GTX TITAN BLACK features 2880 CUDA cores, 6GB GDDR5 memory and a silver cooler which has nothing to do with the name of the card.

Card is clocked at reference speed of 889/980 MHz and 7GHz for the memory. ASUS TITAN BLACK will be released tomorrow.

Many thanks to Sagar for the tip!