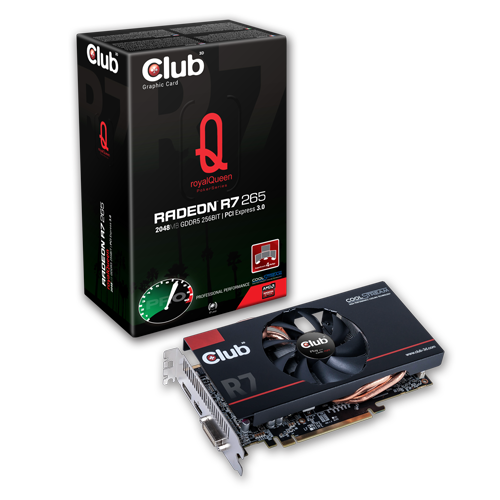 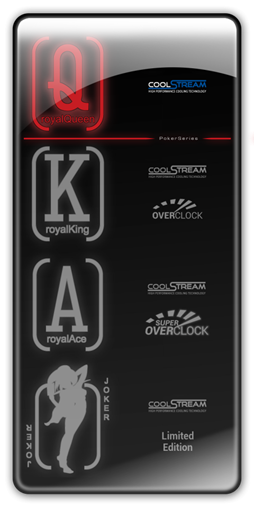 Slowly but surely we are completing the Radeon R7 and R9 series!

First announced in September 2013 at the AMD Hawaii tech event, the Radeon R7 and R9 series have been available in the market for some months now.

There are still some gaps in the product lineup, waiting to be filled by new cards taking the performance lead at their respective price point. 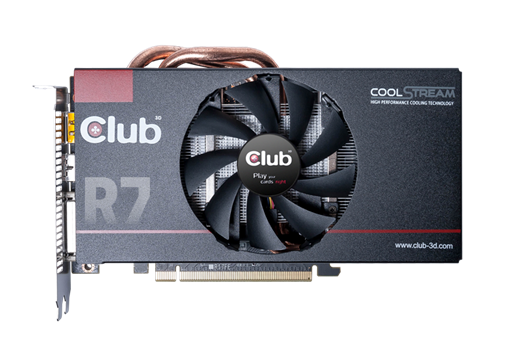 Right now there is a substantial gap between the R7 and R9 Series.

The R7 260X is an excellent mid range card for competitive gaming in resolutions of up to 1080p.

The R9 270 aims higher by offering more stream processors, faster memory and being capable of powering higher resolution and multiple monitors.
As a bridge between the R7 and R9 series we are proud to introduce the Radeon R7 265 royalQueen.

These specs and an SEP of $ 149 will blow the competition away! 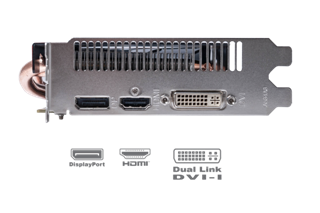 The Club 3D R7 265 royalQueen is a PokerSeries card which means it is fitted with our custom PCB and widely awarded CoolStream cooler featuring a large heatsink and copper heatpipes for maximum cooling capacity at minimum noise level. It uses AMD’s Graphics Core Next architecture enabling the latest DirectX 11.2 graphics features delivering fierce performance and revolutionary intelligence. Like other GCN cards the R7 265 supports Mantle, the completely new low level API which gives developers the power to speak directly to the GPU core. With such a direct connection to your hardware, game developers are discovering a whole new world of immersion and performance made possible by AMD graphics. When it comes to Ultra resolution gaming it’s clear that AMD has a substantial lead over the competition. Whether using a 4k monitor or combining multiple HD monitors in an Eyefinity setup, you will get a truly immersive experience.

With use of a Club 3D MST Hub the R7 265 royalQueen is Eyefinity 5 capable!