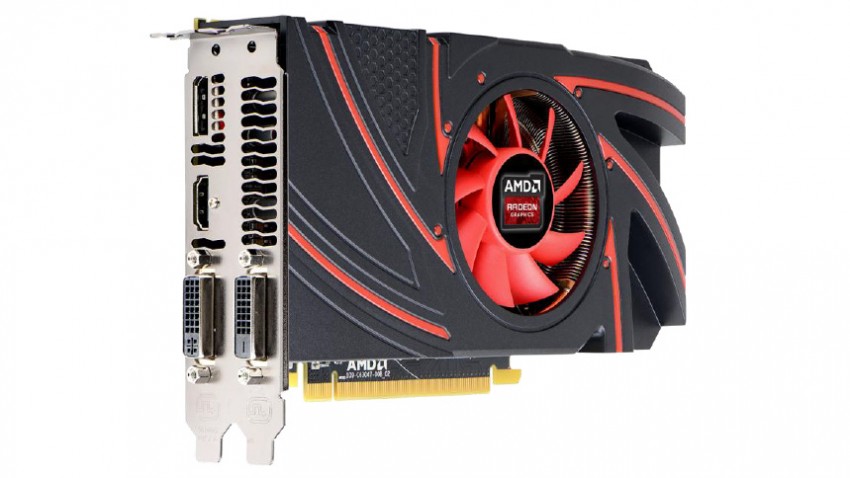 The card still uses Pitcairn PRO as GPU with 1024 Stream Processors. It also has 64 TMUs and 32 ROPs. Since we are looking at Pitcairn card, we have 256-bit interface and 2GB of memory on board.

As mentioned above is has a TDP of 150W, which will require one 6-pin power connector to be plugged in.

The Radeon R7 265 currently is the fastest R7 series graphics card, and it doesn’t look like AMD will launch any faster model in this segment.

The price will be confirmed when NDA ends. 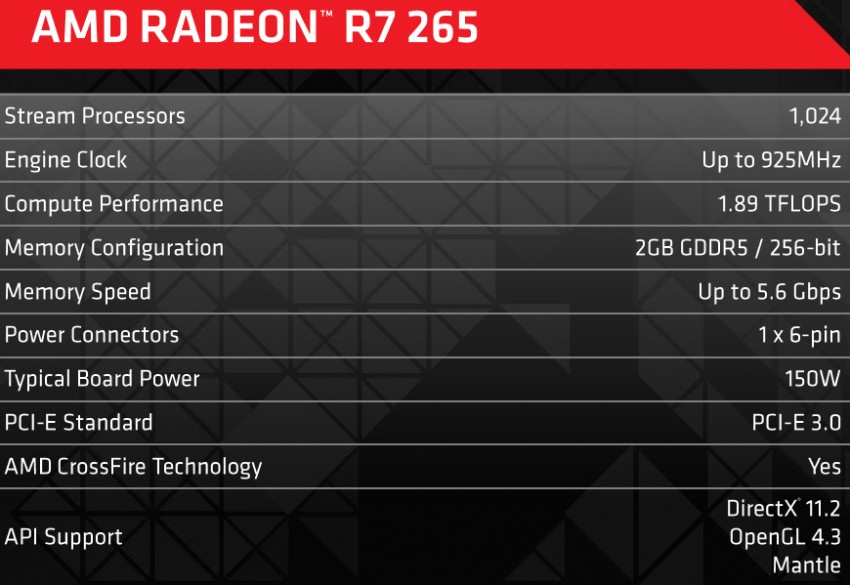 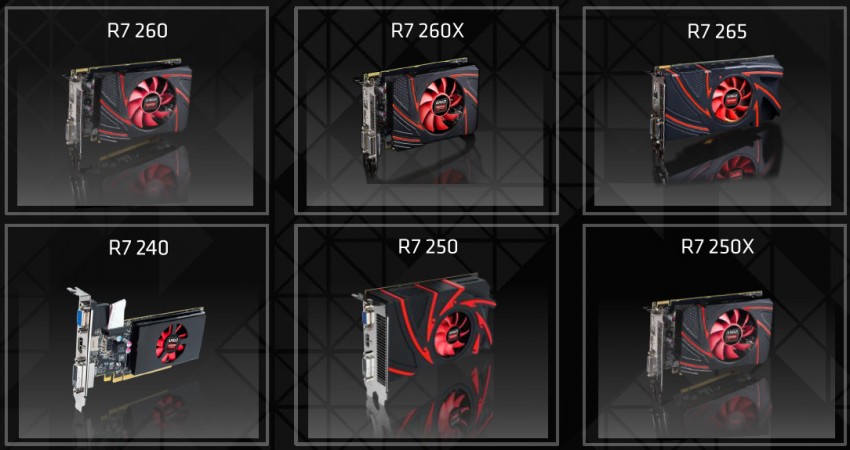