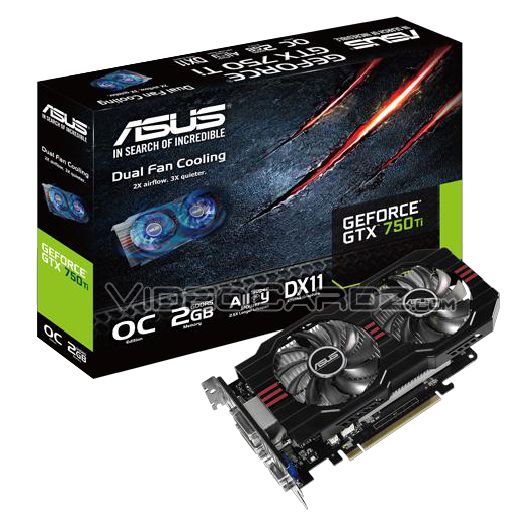 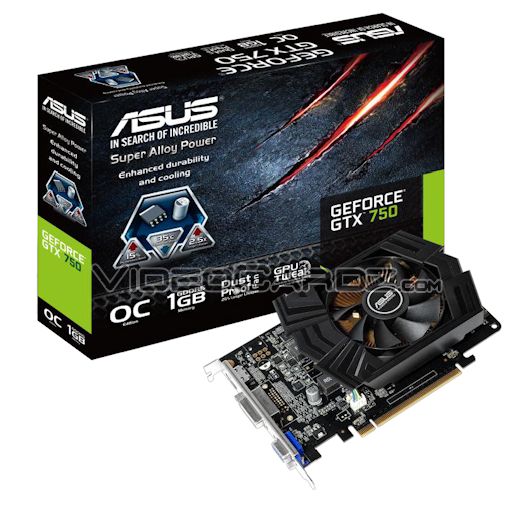 Meet the pair of Maxwell graphics cards from ASUS.

First of all I want to share some new information. Maxwell GM107 GPU does not have 960 CUDA cores, neither does it have 768. The full chip has 640 cores. So you’re probably wondering why everyone (including me) said it has 960. It was because of the wrong GPU-Z reading. I have seen many materials, each claiming it’s 960, but as it turns out Maxwell architecture is completely redesigned, causing GPU-Z to read the wrong number. Even manufacturers were not aware of that and they released materials with inaccurate specs. I will cover this more closely in my next posts.

Now let’s talk about the GTX 750 Ti from ASUS. ASUS is preparing quite a few 750 series cards, but I couldn’t find mode detailed info about them, apart from the two in this post. The OC model comes with a Dual Fan cooling solution, which is said to provide better airflow and lower noise level.

Card is equipped with HDMI, DVI-D, and VGA display output. It’s a single-slot design, but the cooler takes more space than one slot.