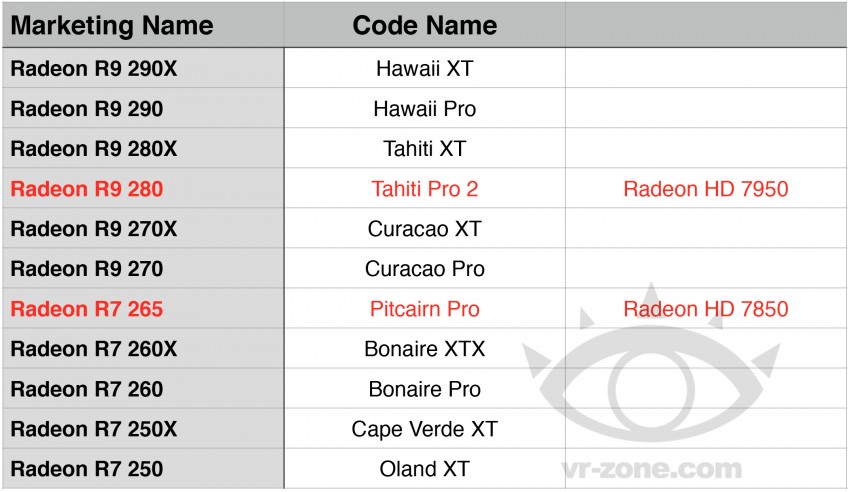 A new rumor is floating around the web suggesting that AMD will add two cards to its lineup.

We’ve been talking about this card for months now. Actually we were surprised this card was not released with the 280X. The R9 280 would basically be a HD 7950 rebrand, just as 280X is a rebranded HD 7970.

The reason for the delay could be related to the short supply of AMD GPUs, including Tahiti core. Let’s not forget that HD 7950 was the most popular card among cryptocurrency miners.

Additionally there’s a report of a new Pitcairn based card.  We are looking at HD 7850 refresh with 1024 Stream Cores. That would mean 2GB of GDDR5 memory and 256b interface. Nothing else was said except the possible price point of $150.

UPDATE: Apparently the R7 265 will be released tomorrow.

Dual Hawaii graphics card is expected to launch around Computex in June. This is going to be a very interesting month for GPU enthusiasts. We already know that NVIDIA has some surprises, and it looks like AMD is also preparing its announcement of the first dual-GPU card from R200 series.