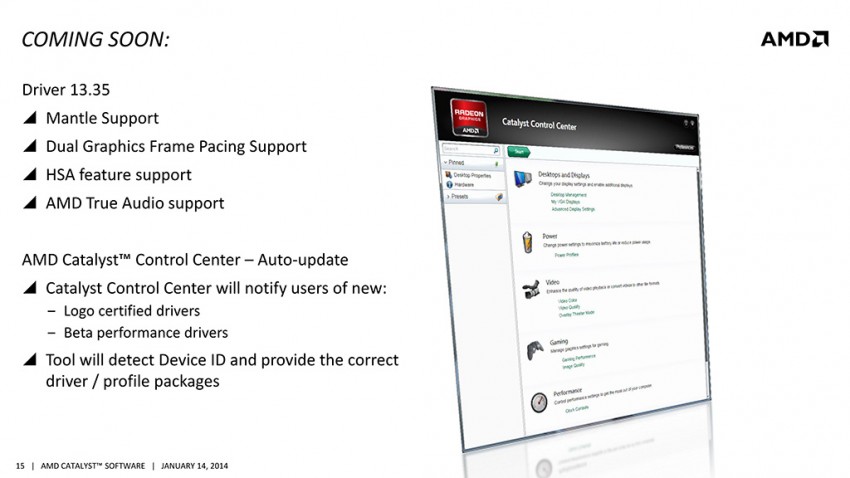 An interesting post has been published at WCCFtech. It seems that AMD will soon launch a new driver — Catalyst 13.35 BETA — which will support both AMD Mantle and True Audio.

The Catalyst 13.35 BETA, not 14.1 BETA as previously thought, will be the first driver to ‘fully’ support new Mantle API, True Audio and some HSA features. Additionally it will provide a fix to dual graphics frame pacing problem.

New driver will also arrive with a new feature for automatic updates, something NVIDIA Experience has been offering for a while (I actually find it quite annoying).

The combined list of all new features coming with the new driver is surely impressing. Everyone is probably expecting a huge increase of performance with the new Mantle API. AMD claims it will provide up to 45% better performance, but I think ‘up to’ is the key part of this sentence. This is the first driver supporting Mantle, so it will take a while before developers learn how to unleash its full potential. 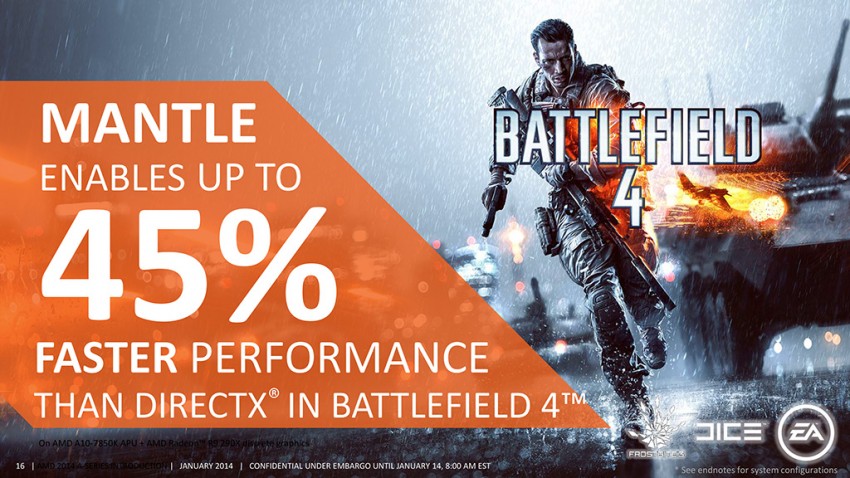 The new patch will expand the support to dual graphics. AMD has already dealt with the frame pacing problem a while ago, but it was not available for multi-gpu users. The new Catalyst 13.35 BETA will support more advanced configurations, even including recently released AMD Kaveri APU. 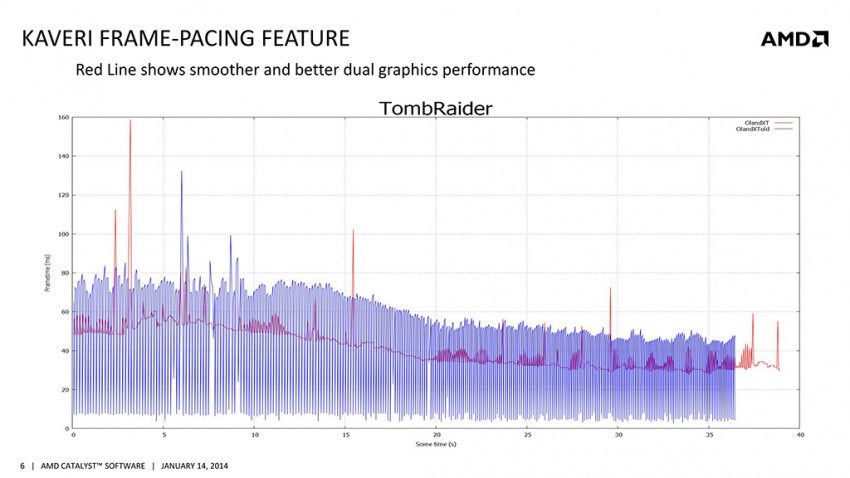 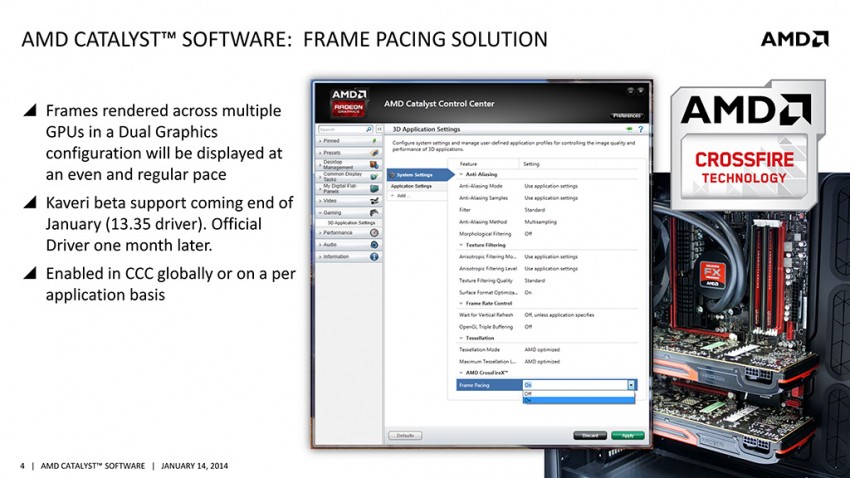 AMD Kaveri as a physics co-processor 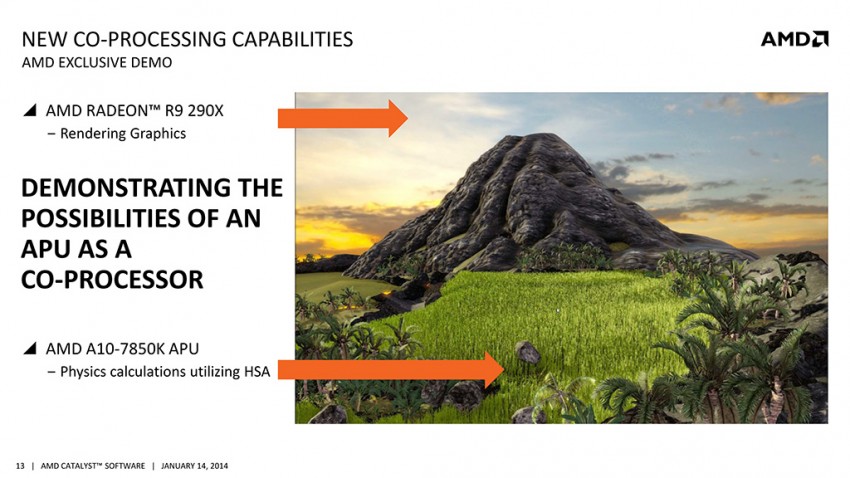 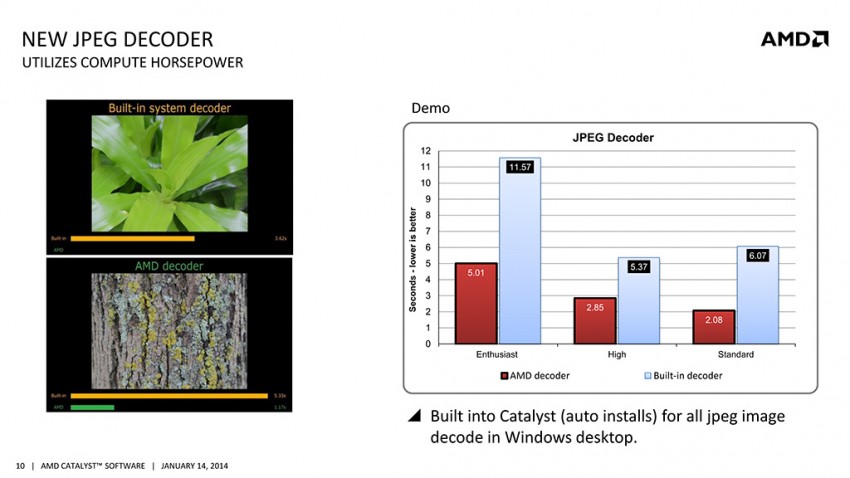 According to the source, Catalyst 13.35 BETA will be released later this month. We are definitely looking forward to it.