Amsterdam, 10 January 2014.
The brand new Club 3D Radeon R9 Series is available in the market for a couple of months now and is proving to be increasingly successful.

Cards in the R9 series represent the enthusiast part of the product range and the pinnacle of GPU technology.

All R9 cards offer outstanding gaming performance from 1080p all the way up to 4K Ultra High Definition resolution.

Starting with the Radeon R9 270, all the way up to the range topping 290X, the R9 series offers your weapon of choice to play the most demanding current and upcoming game titles effortlessly. 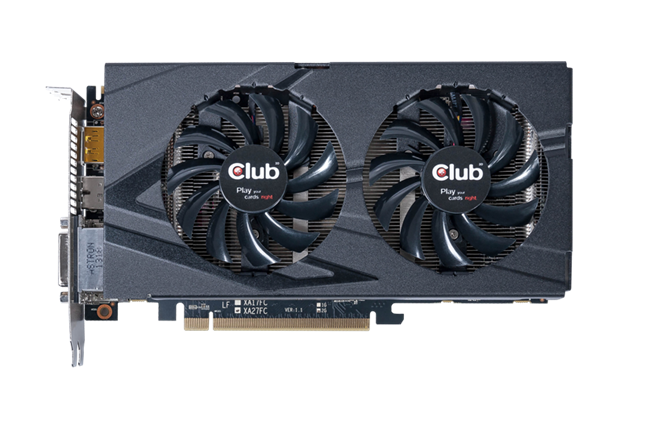 The performance this card delivers at its respective price point is best in class and satisfies the needs of most fanatic gamers.
Therefore Club 3D is proud to announce the addition of two new R9 270X cards to our range of PokerSeries gaming cards.

These two royalQueen cards come with 2Gb or 4Gb of GDDR5 memory and are fitted with a completely new dual fan version of our widely awarded CoolStream cooler which is capable of keeping the GPU temperatures even lower while operating near silent. 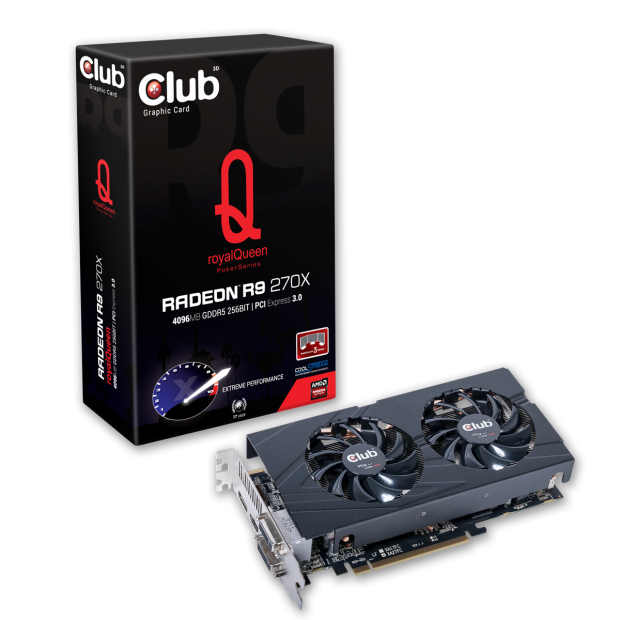 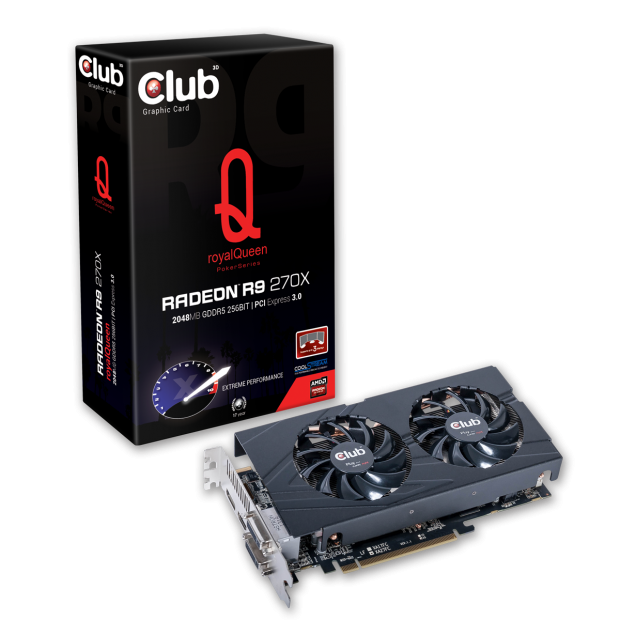 Apart from that, they look awesome in any chassis with their flat black metal shroud and dual copper heat pipes.

When it comes to AMD Eyefinity you can connect up to 4 monitors to the R9 270X’dual DVI, HDMI and DisplayPort outputs.

Add a second R9 270X for an affordable Crossfire multi GPU set-up and enjoy up to 100% scaling in many current game titles.