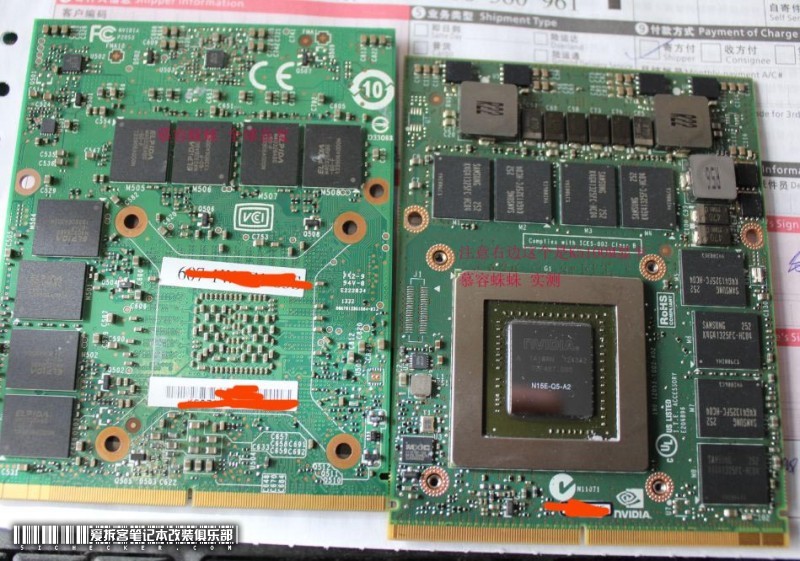 Apparently the leaked roadmap from Clevo was a spot on. The GeForce GTX 880M has indeed 8GB memory.

Cloudfire has shared a link with me containing possibly all information about the GTX 880M you might be interested in.

First of all, GTX 880M will not be using Maxwell architecture. There is no shocker here. Mobile series have their year-to-year cycle, which is dictated by the partnership with notebook manufacturers. They simply need new graphics cards every year. What is shocking though is that NVIDIA won’t be using GK110 with this one. I think it’s because Kepler GK110 is possibly too powerful for a laptop, at least in terms of battery usage, NVIDIA decided to use GK104 (yet again) for their mobile flagship. What does it mean exactly? It means that NVIDIA will using the same GPU continuously for three series:

All of them have GK104 with 1536 CUDA cores. Of course there was 680M, but still it was the Gk104, only from desktop 670. So what does it mean exactly. It means that NVIDIA might still be holding a faster GeForce GTX 880MX for later, possibly equipped with GK110 GPU. If not, then I find this quite unfortunate to reuse the same GPU for three flagship models (seriously NVIDIA?).

The biggest improvement over previous flagships is obviously the memory size. NVIDIA has been doubling the frame buffer ever since and decided to go for 8GB with the latest GTX 880M. I’m not sure who really needs it, especially with 256-bit interface, but it’s surely a good marketing stunt. 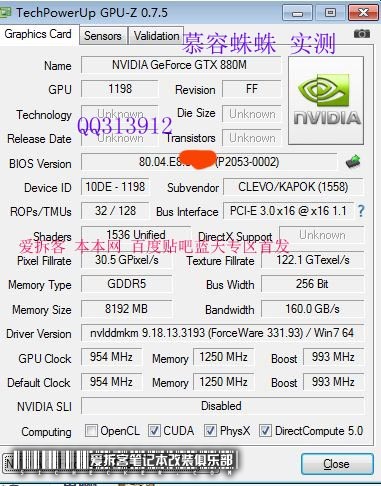 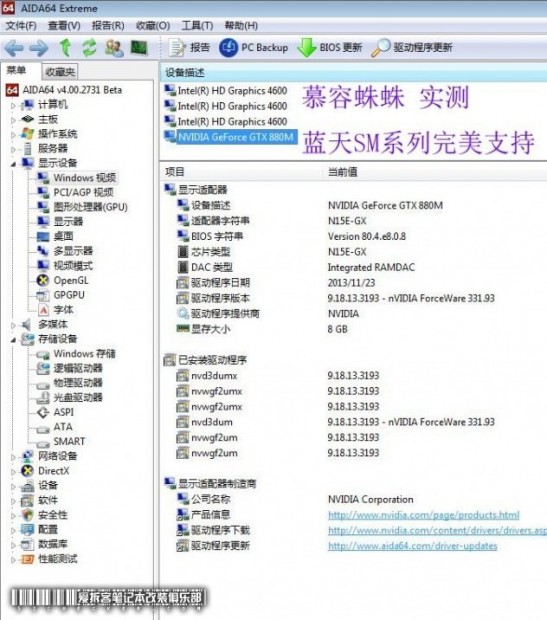 Without a doubt, GeForce GTX 880M will be a good performer. It managed to score 8230 points in 3Dmark 11 (Performance preset). This is around 12% better than GTX 780M, all that because it has higher clockrate. You can compare this score to others in my post about the GTX 780M.

GeForce GTX 880M is expected to be released in February. 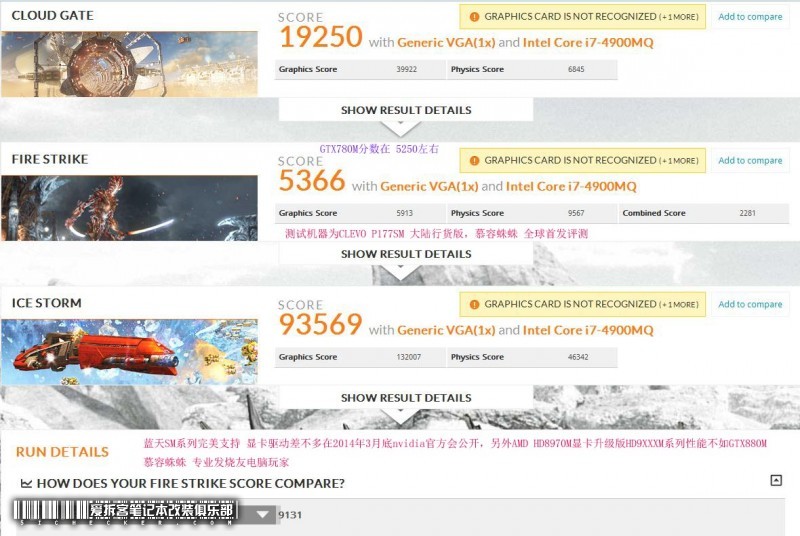 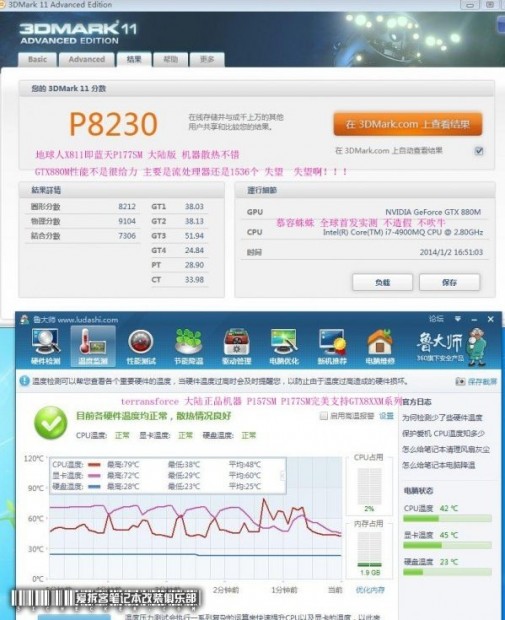