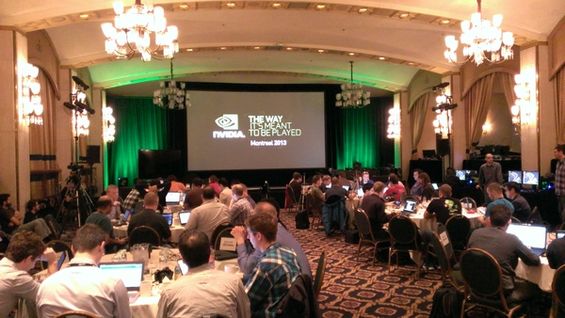 I wasn’t sure whether to post this press release, but I think it may have something to do with GPUs, including yet unannounced ones…

SANTA CLARA, CA – NVIDIA (NASDAQ: NVDA) today announced that it will hold a press conference at the 2014 International Consumer Electronics Show (CES) on Sunday, Jan. 5, 2014, which will be webcast live.

The invitation-only event begins at 8 p.m. PT at the Cosmopolitan Hotel in Las Vegas. Interested parties can watch a live webcast, available on the NVIDIA blog, at http://blogs.nvidia.com. A replay will be available for seven days.

To follow the company’s news at CES, visit the NVIDIA CES Newsroom. It will include news, photos, videos and social media updates throughout the week.