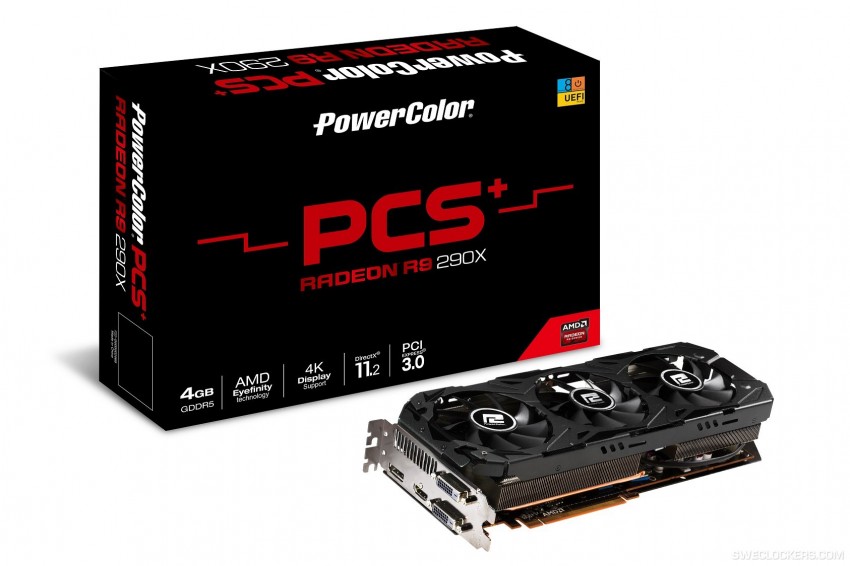 The R9 PCS+ series will feature triple-slot and triple-fan cooling solution, this is the same card that was teased by PowerColor on Facebook a while ago.

Both R9 290X and R9 290 are factory-overclocked. The R9 290X runs at 1050 MHz, while R9 290 is set to 1040 MHz. The memory clock is the same on both cards — 1350 MHz (5.4 GHz effective). This is just a small noticeable bump in performance compared to reference clocks, but the new cooling should make these clocks stable and eliminate throttling.

As always the disappointing part are power connectors. This model only comes with 6+8-pin configuration, meaning it was not designed for overclocking.

It is yet unknown when will PowerColor’s R9 PCS+ series be released, but I expect them to be available later this month. 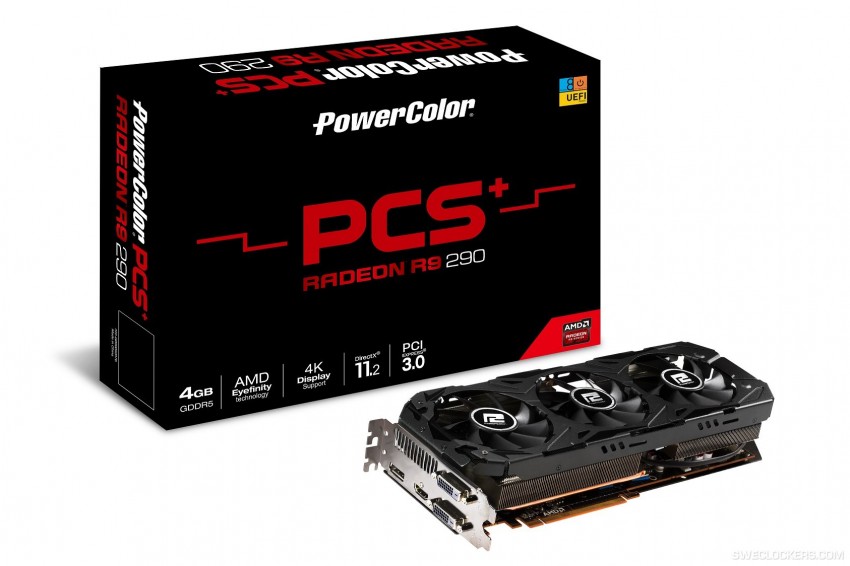 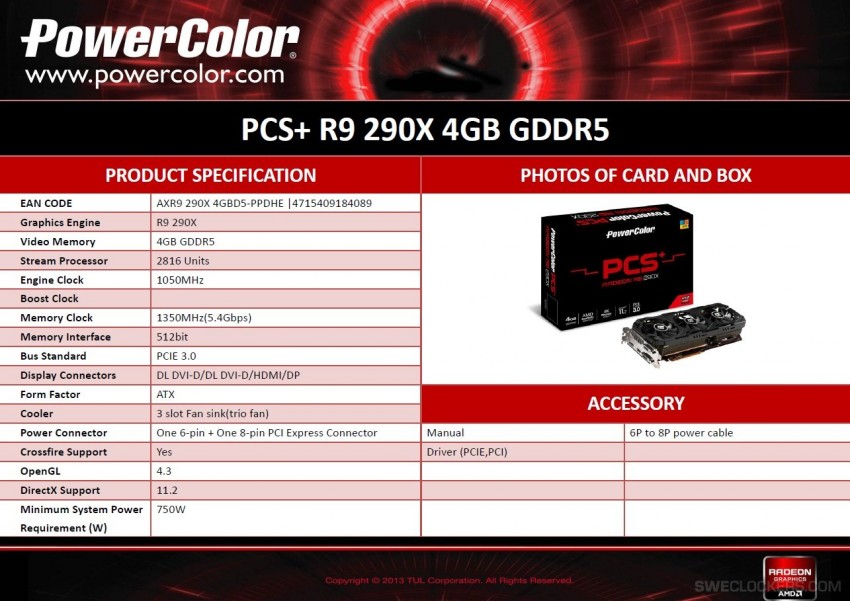 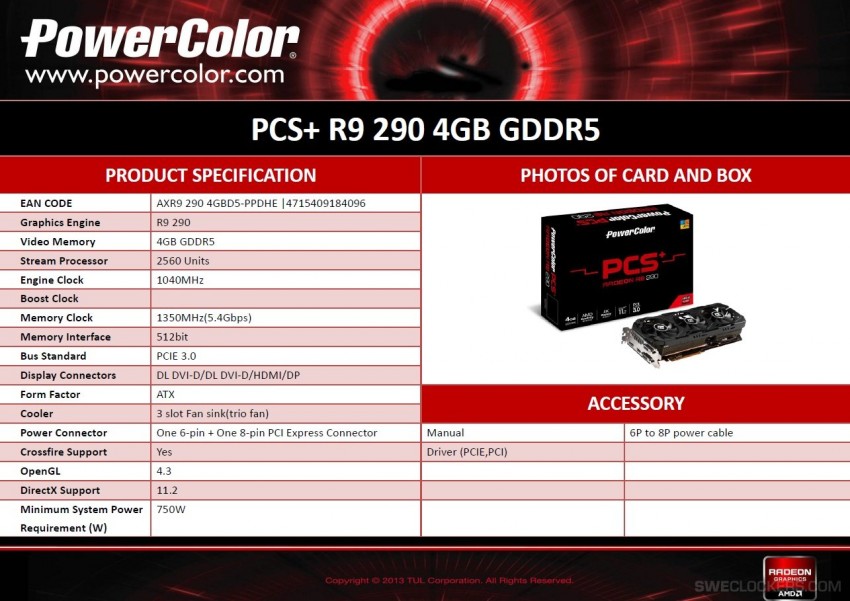