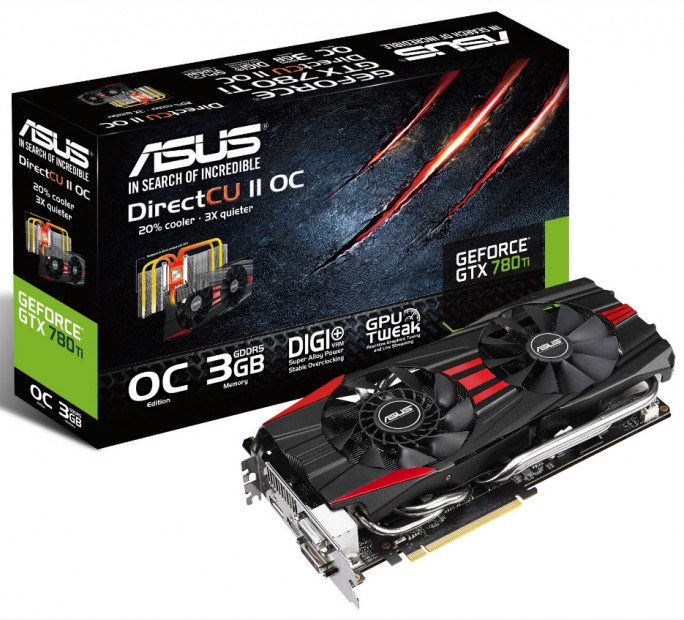 The GeForce GTX 780 Ti GPU is powered by 25% more CUDA (Compute Unified Device Architecture) cores and benefits from a boosted clock speed of 1020 MHz – both significant increases on its predecessor that enable ASUS GTX 780 Ti to deliver astonishing gaming performance.

Exclusive DirectCU II thermal and CoolTech fan technology delivers faster and quieter gaming
Only ASUS is able to offer the GTX 780 Ti GPU on a graphics card with DirectCU II – because DirectCU II is exclusive to ASUS. This innovative thermal technology puts highly-conductive 10 mm copper cooling pipes in direct contact with a card’s GPU so heat is dissipated quickly and with extreme efficiency. 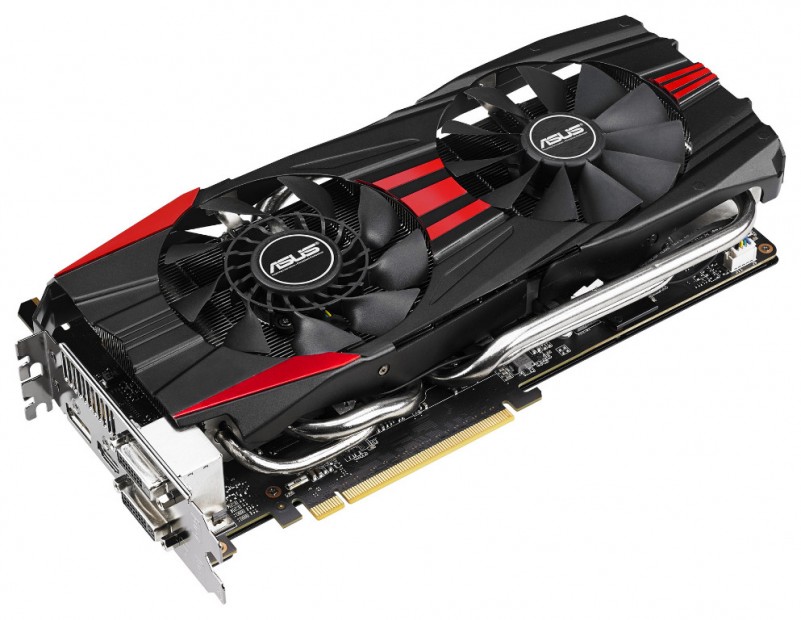 This easy-to-use tool hands users a variety of unique controls that enable them to squeeze the very best performance from the GTX 780 Ti GPU. These include the ability to control finely GPU speeds, voltages and video-memory clock speeds in real time – so overclocking is both easy and can be carried out with high confidence.

As well, the GPU Tweak Streaming tool lets users share on-screen action over the internet in real time – so others can watch live as games are played. It’s even possible to add a title to the streaming window along with scrolling text, pictures and webcam images.