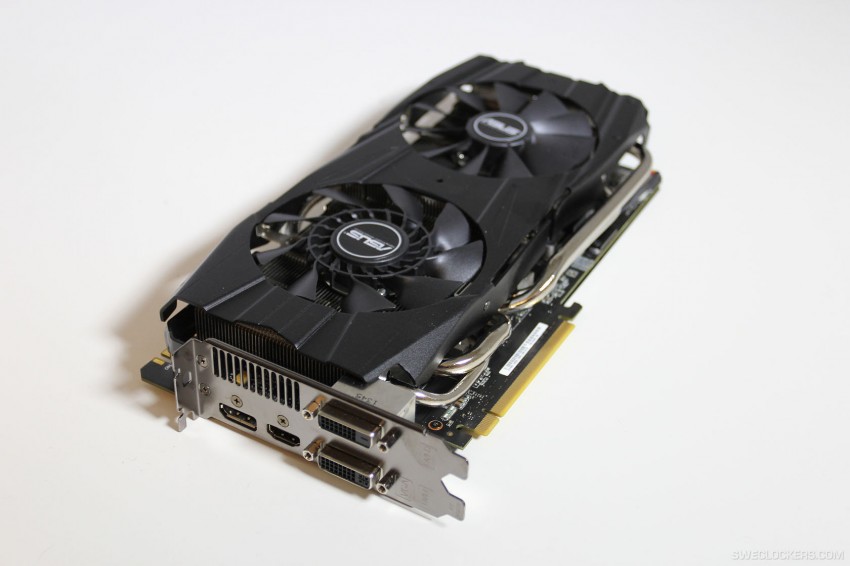 ASUS has came up with probably the best idea in a while.

ASUS GTX 780 TI DirectCU II will be equipped with additional stickers in red and gold (no white? what a shame). SweClockers posted what seems to be the final version of GeForce GTX 780 Ti with DirectCU II cooler. What is interesting, it will let you choose the color of the card. That said you can leave it black, add red stripes or even a gold ones.

The default black and red theme: 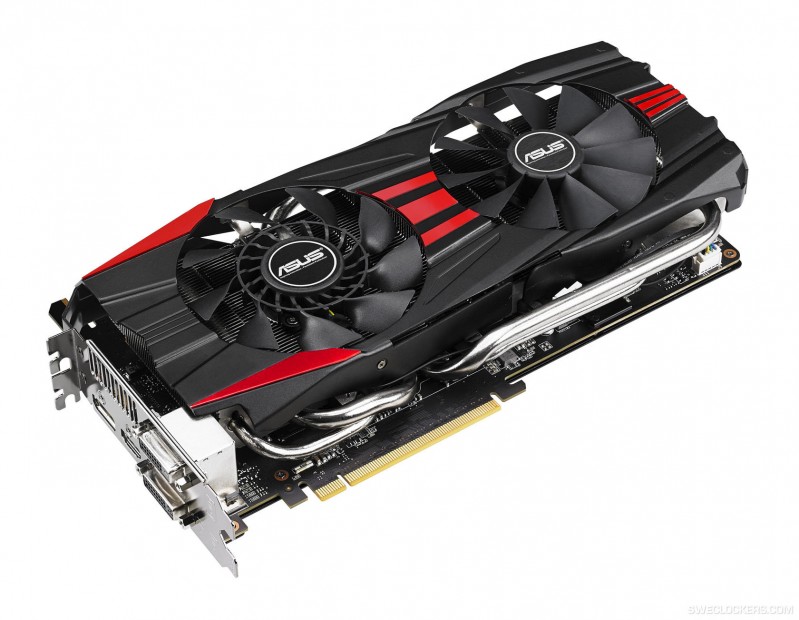 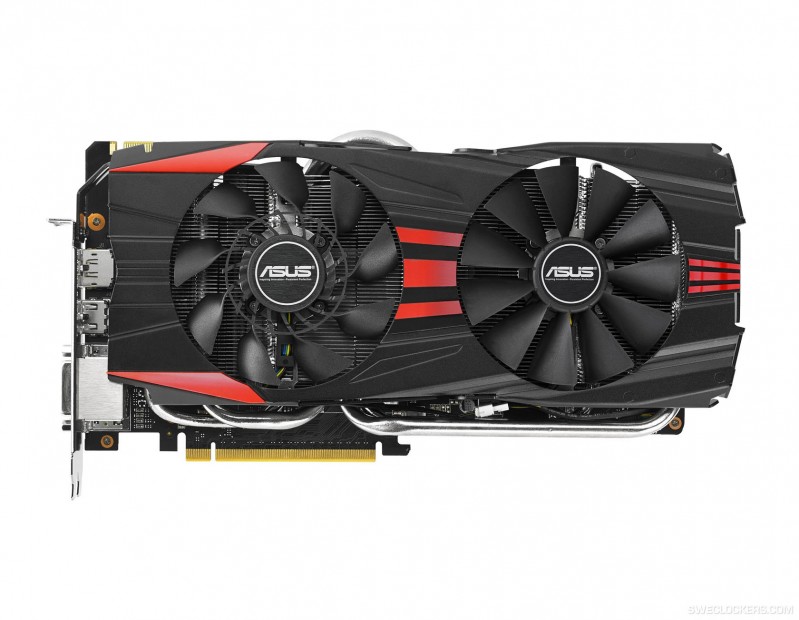 Additionally we learned the final specs of ASUS GTX 780 TI DirectCU II (GTX780Ti-DC2OC-3GD5). As the name suggest, we are looking at 3GB card with 2880 CUDA cores. It will be clocked at 1020 MHz in boost and 954 MHz in default base clock. This is a fully custom card, so even the power connectors are modified (to a pair of 8-pin). The interesting thing is definitely the PCB, it looks thinner throughout the length, only SLI connectors are moved forward. The OC Edition will most likely later be followed by TOP model. As you can, even OC variant comes with the backplate.

According to SweClockers the ASUS 780 TI DC2 OC will be available for 6490 SEK. When? That’s yet to be confirmed. 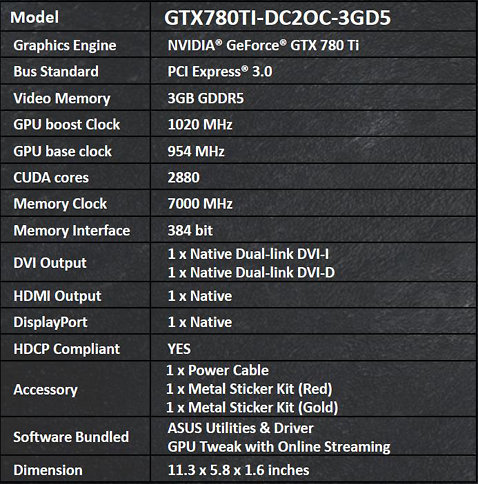 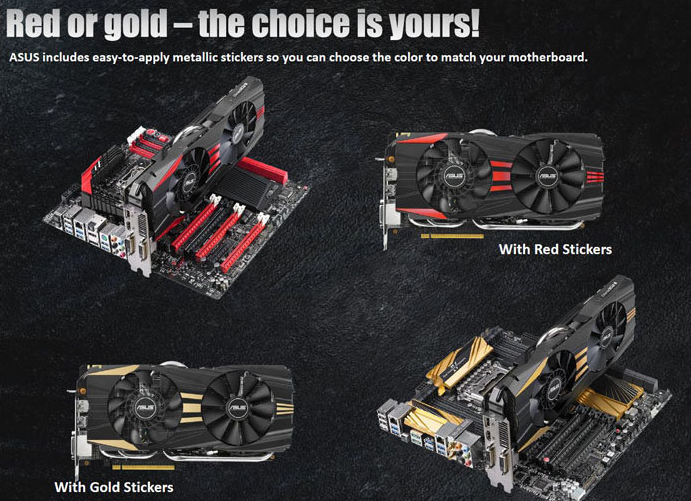 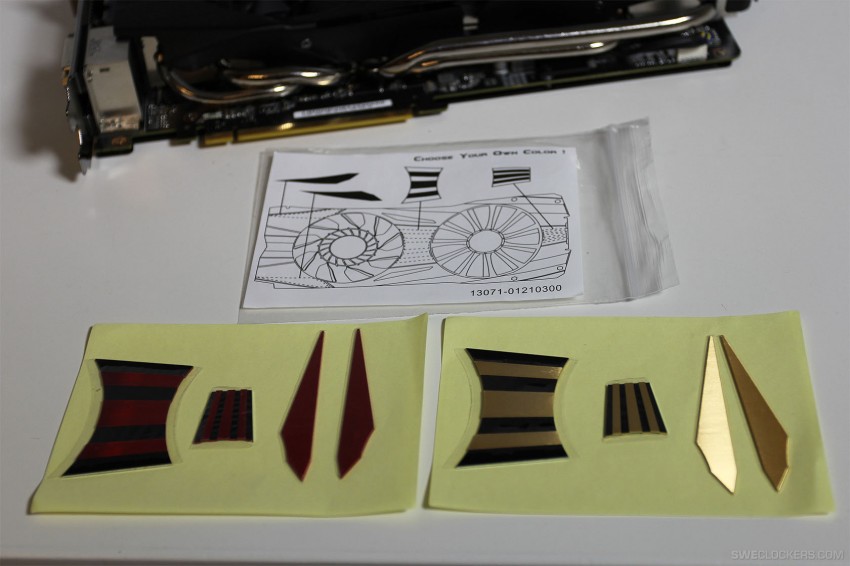 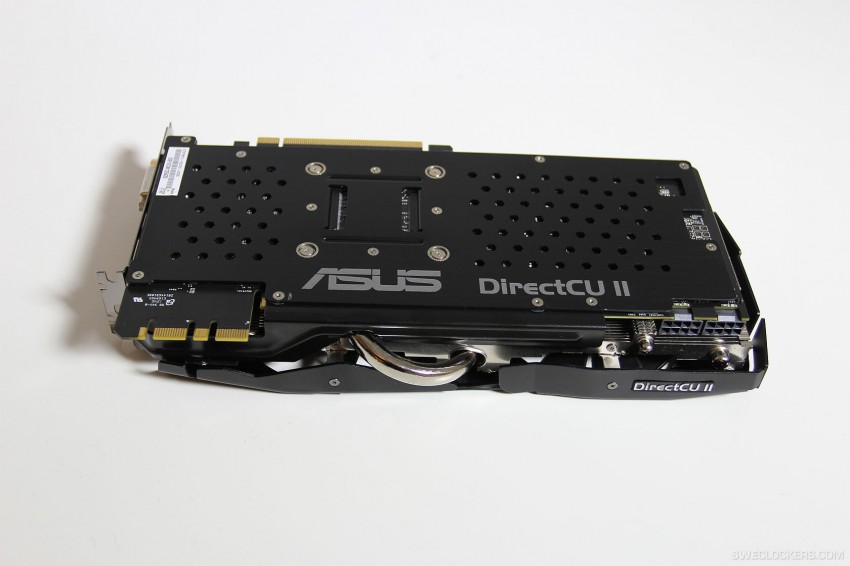 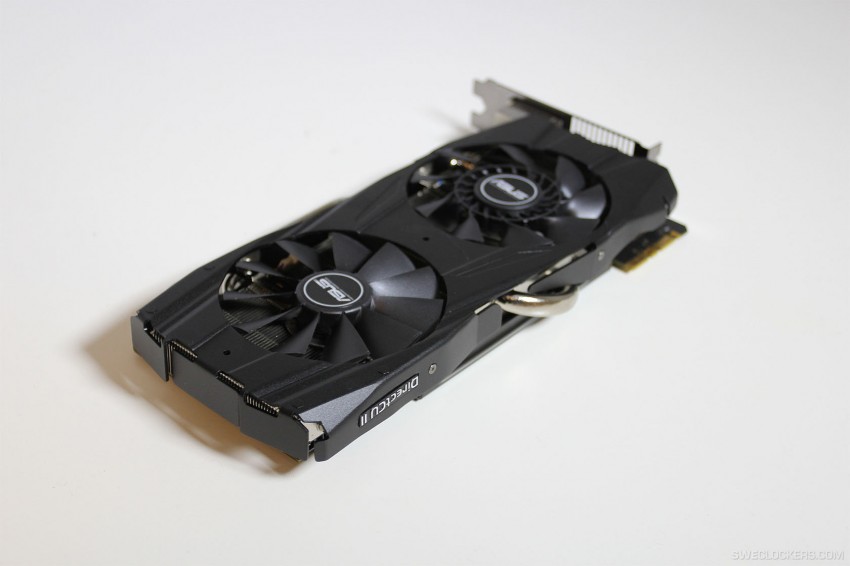 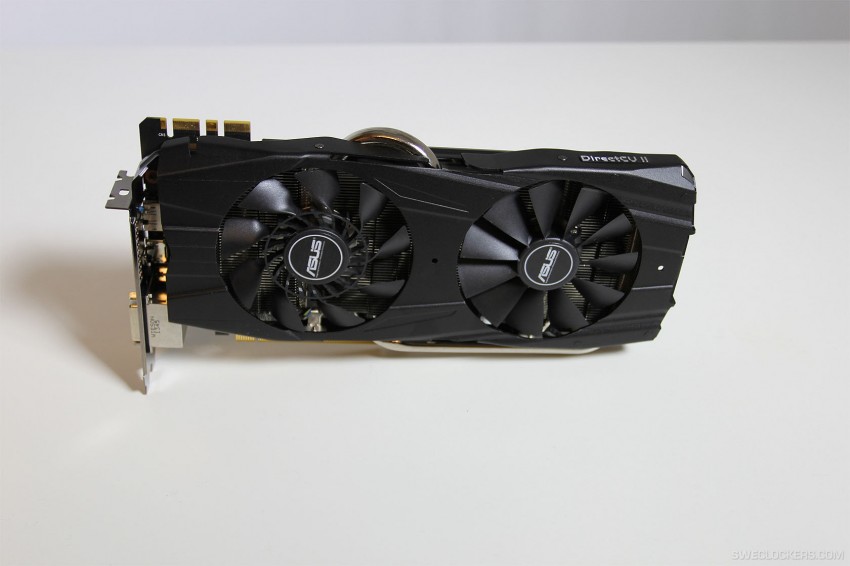