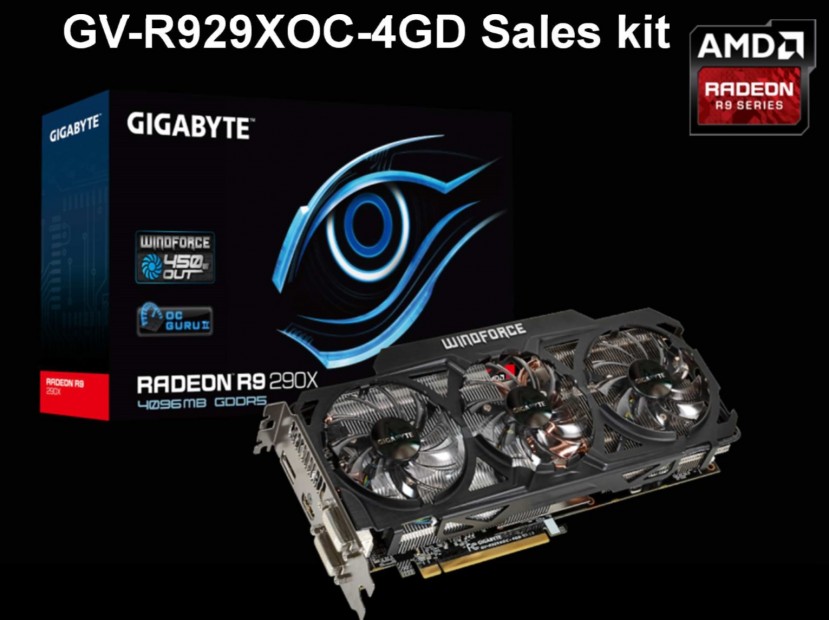 I don’t think this is a fake, since we didn’t really expect Gigabyte to come up with a completely new cooler for Radeon R9 290X. It seems that the manufacturer has reused its new WindForce 3X 450W cooling solution, which is equipped with two 8mm and four 6mm copper heat pipes, connected with two heat aluminum fin arrays.

According to the source, the Gigabyte Radeon R9 290X OC (GV-R929XOC-4GD) is factory-overclocked to 1040 MHz. What is more it will be 15.9 dB quieter than reference cooler. At this point we don’t know whether memory is also overclocked, but I highly doubt it.

Card is expected to launch very soon, probably in two weeks. Price has not yet been confirmed.