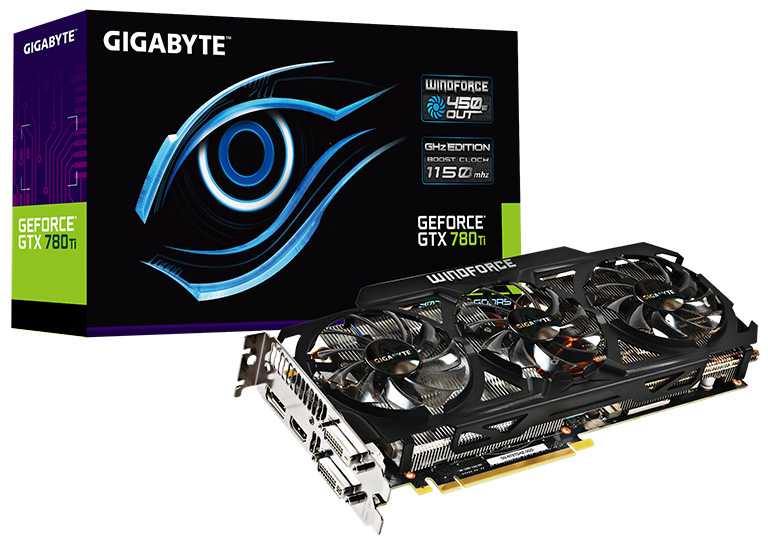 Gigabyte recently released a GHz Edition of the original GTX 780 (non-Ti), which was almost as fast as the reference GTX 780 Ti. Soon Gigabyte will introduce a brand new GTX 780 Ti, which is also named GHz Edition.

Card will be clocked at 1085/1150 MHz which is around 222 MHz overclock. Unfortunately, memory was not overclocked and remains at 7 GHz effective speed. The special thing about this card is that we are looking at fully custom card.

The power section has been modified to 8+2+2 phase VRM, which is powered by two 8-pin power connectors. Gigabyte GTX 780 Ti is also equipped with new WindForce 450W 3X cooler, which is a triple-fan design, and on a contrary to many other similar coolers, it’s just 2-slot.

UPDATE. Apparently Hexus already posted a review, so here are some charts and more pictures: 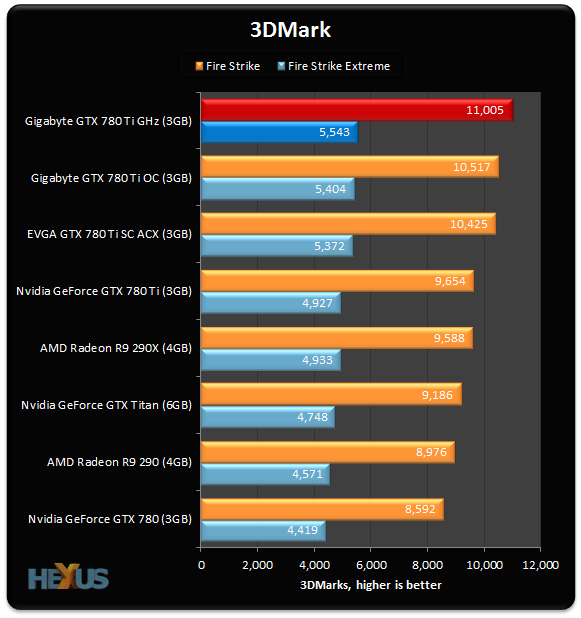 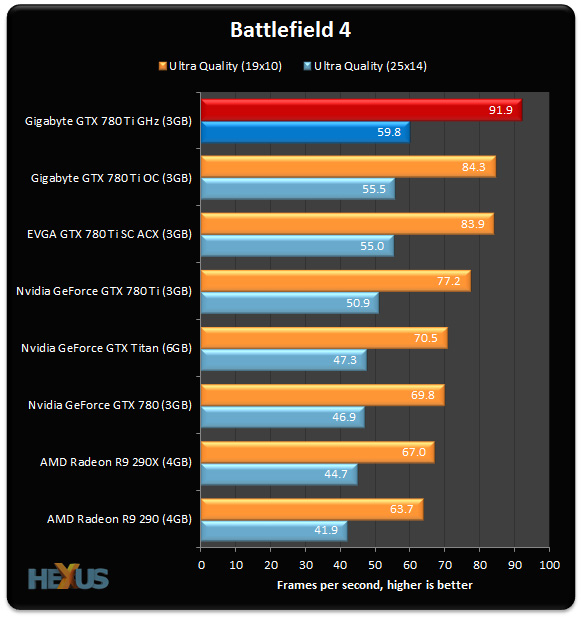 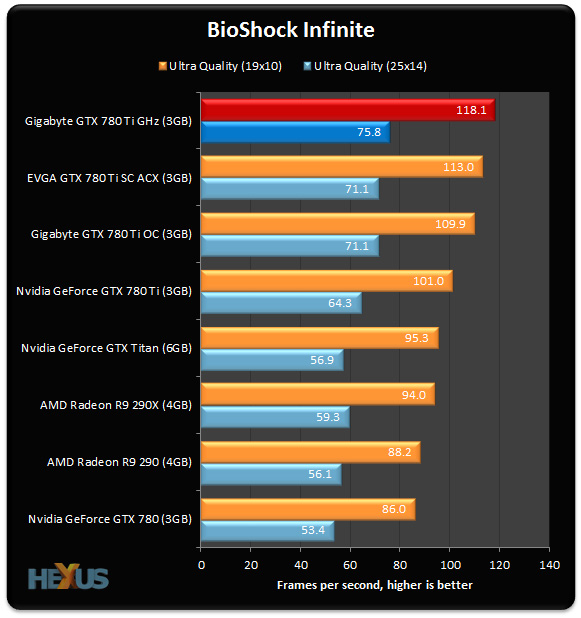 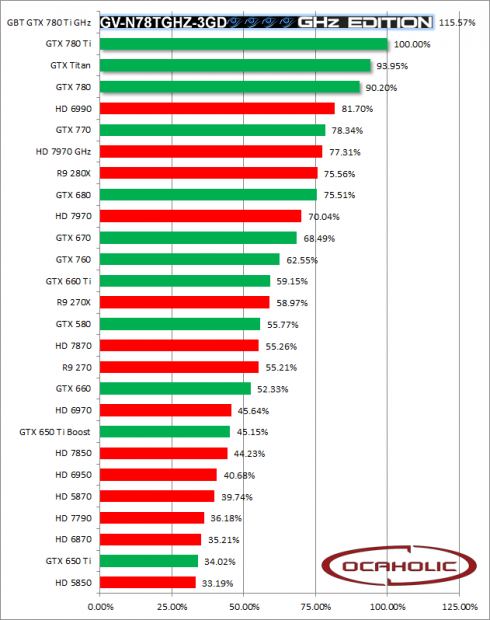 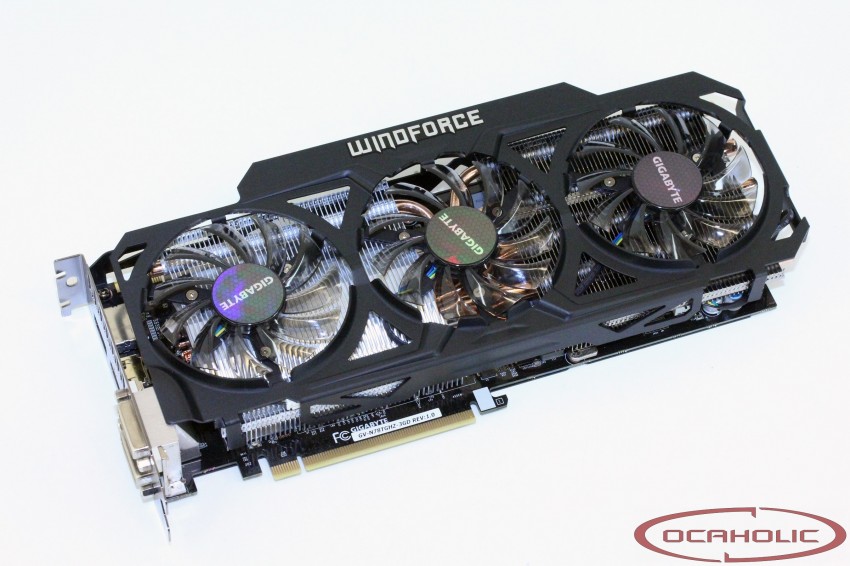 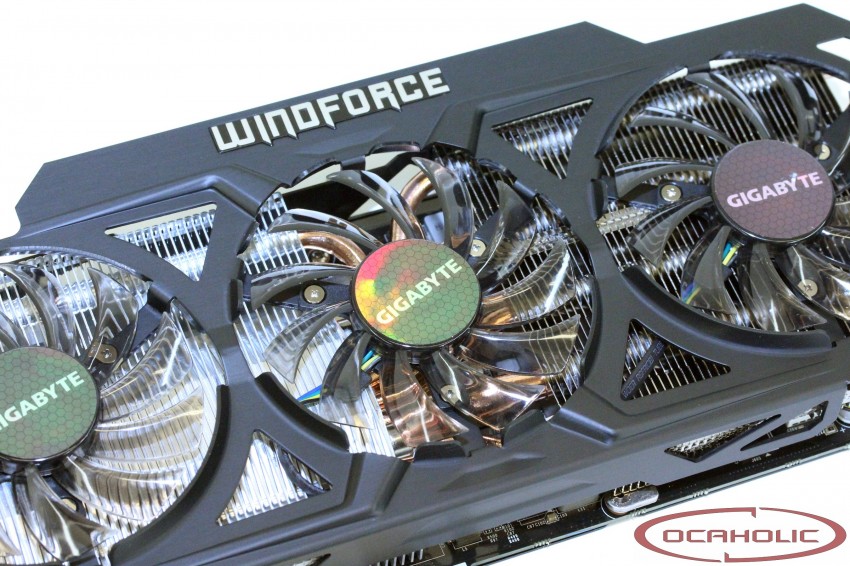 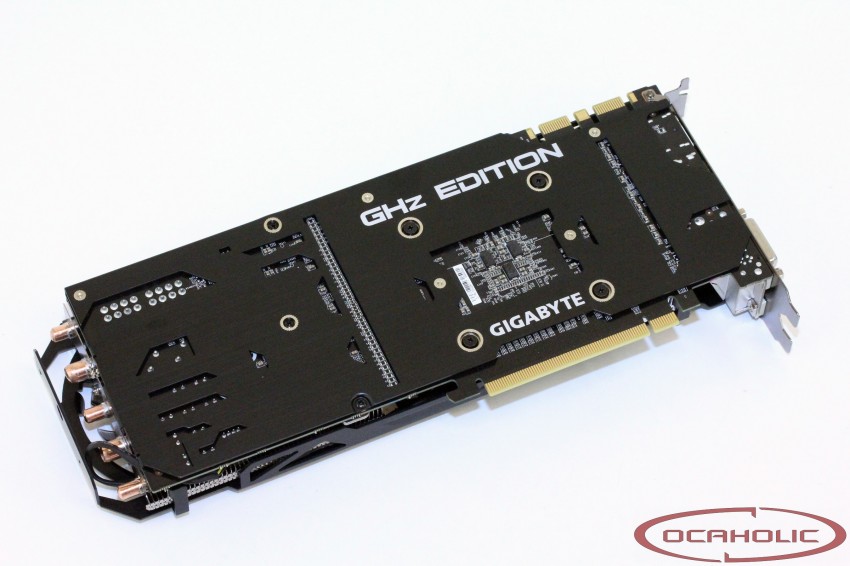 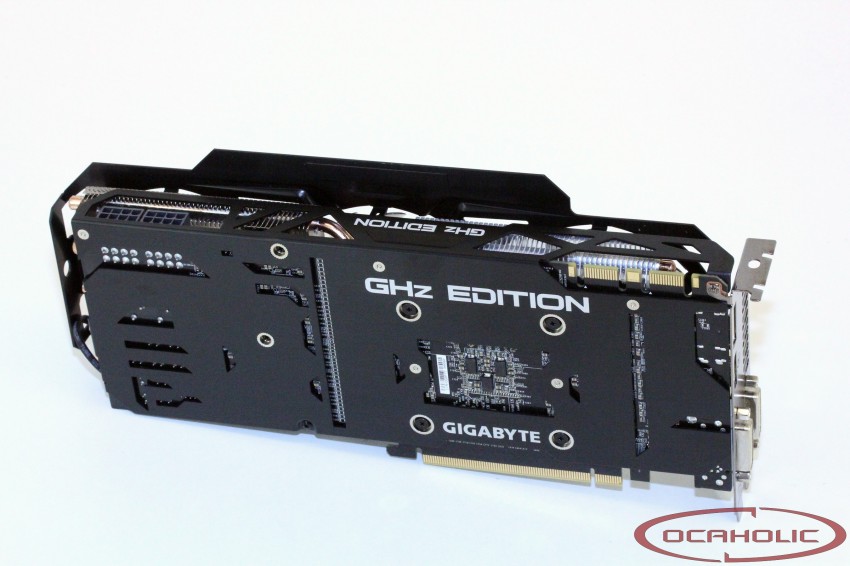 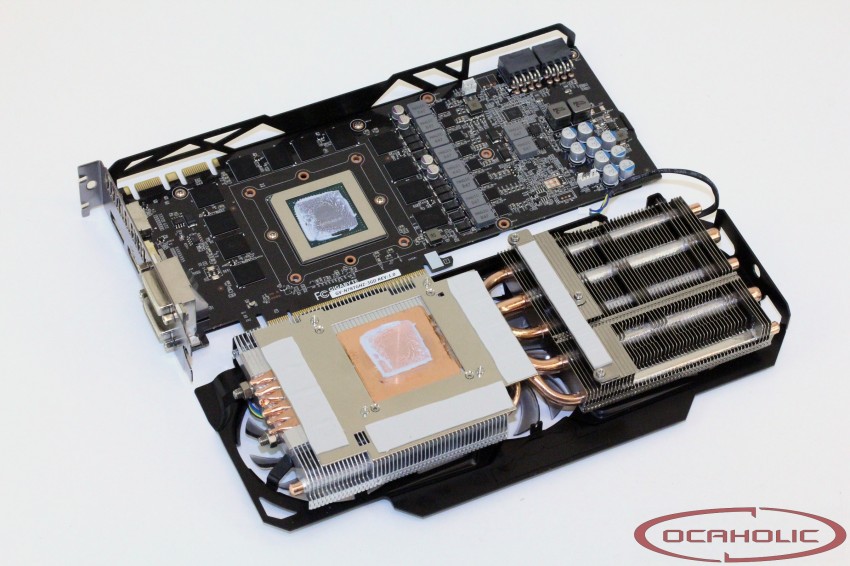 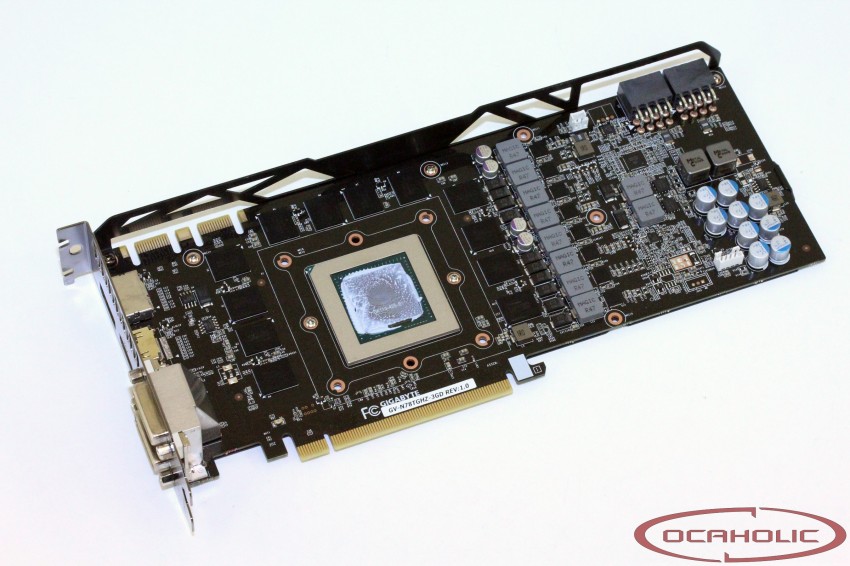 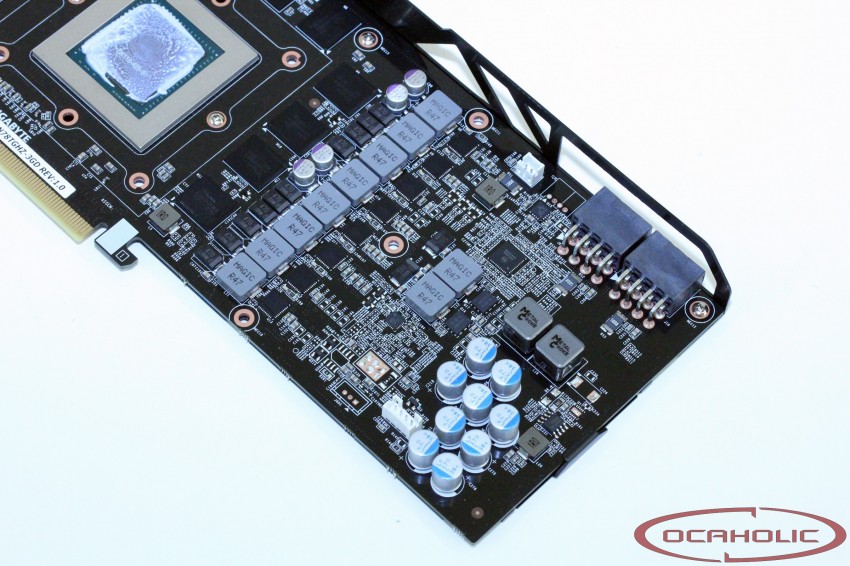