Here is the first look at the new MSI Lightning.

MSI is slowly preparing R9 290X and GTX 780 Ti Lightning cards. Today I share with you pictures of the first custom R9 290X board. So how do we know it’s R9 290X? Well it has the same memory layout and missing CrossFire fingers. That should be enough for a proof.

Last but not least MSI will provide V-Check points to allow direct measurement of GPU, memory and auxiliary lines voltages. I could also mention Military Class IV components, but since there aren’t any on the picture I don’t think that’s necessary.

On a contrary to R7970 Lightning, R9 290X will be equipped with a default set of display outputs: two DVIs, HDMI and DisplayPort.

Based on what MSI told me I expect MSI R9 290X Lightning to be released early next year. 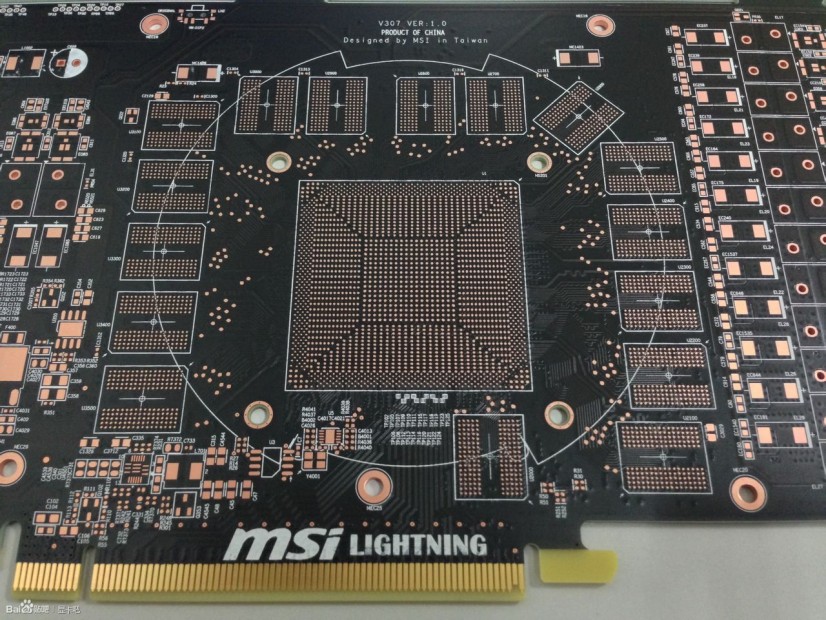